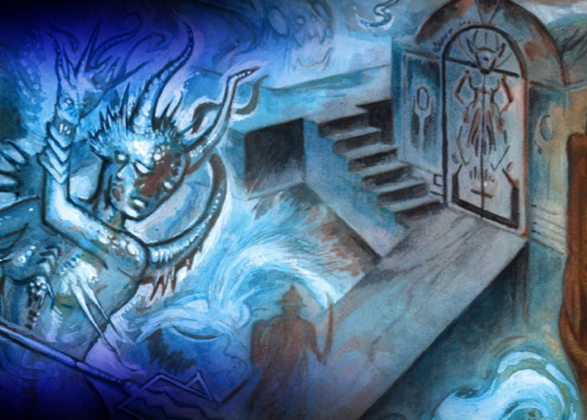 You might remember our previous post talking about getting in the first round of results from folks running their own version of the DCC Team Tournament module from Gen Con 2017, The Black Heart of Thakulon the Undying. We published the full module in the 2018 Gen Con Program Guide, and even provided a means for anyone to submit their results.

You can even compare your scores to the official results from the Gen Con tournament itself, as we posted the full results online some time ago. We also talked about a special bonus for the first 10 members of the Road Crew who ran the tournament and posted their results.

More of you ran your own tournaments, and we got in the second round of results. Four new responses arrived, each giving us a recap of the event. Let’s take a look!

The Cleric of Cthulhu decided to send his teammates ahead using the book.  He then elected to draw himself into the book but decided he wouldn’t be alone.  He sketched Cthulhu with a ring of worshipers and the cleric at the center accepting some majestic blessing from his Elder deity.  I announced that this action qualified as calling for Divine Aid from Cthulhu.  One flubbed roll later and the cleric’s Disapproval range grew to a horrifically hilarious 1-16. 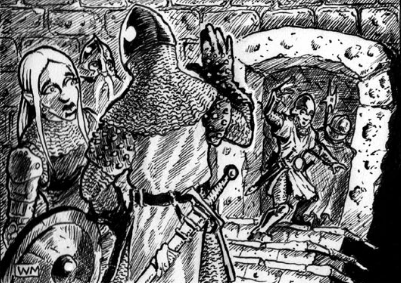 The Dwarf decided to “snowboard” down his ice passage on his shield. Breath of the Wild is not a good teacher.

Chazzlepax’s magic proved much more unreliable than you’d think; but not quite as unreliable as the Elf’s, who failed and lost every single spell he had on the first casting each time!

Joe Barros was new to DCC altogether and elected to play the wizard. In the elemental room, as all began looking bleak, he cast Scorching Ray and scored a Nat 20. He burned a point of luck to raise his final spell effect and ended up vaporizing the (now) two elementals with 210 points of damage. The wizard (down to a max HP of 5) was the last character standing at the end of the round.

As a recap, here’s all the results received to date in one table for you to peruse! (Presented in alphabetical order by team name.)

Running the tournament is fun for everyone, despite the work involved from the Judge’s point of view. To help that out, we’ve provided multiple resources to help make everything go smooth as possible.

Road crew, remember that the three round tournament counts as three games! So not only do you get to run a great tournament-style event, but you also get a big bump up the swag ladder for doing it!

Get those results in! We’re loving everything we’re seeing.