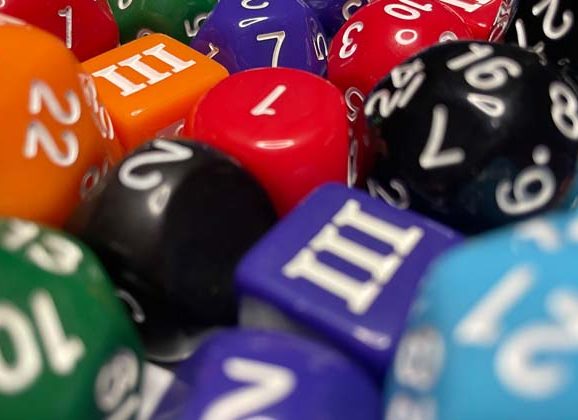 Adventures in Fiction: Manly Wade Wellman by Michael Curtis Our Adventures in Fiction series is meant to take a look at the writers and creators behind the genre(s) that helped to forge not only our favorite hobby but our lives. We invite you to explore the entirety of the series on our Adventures In Fiction home page. May 21 marks the anniversary of the birth of Manly Wade Wellman, a unique contributor to Appendix N. Here is some more information on this important writer. Manly Wade Wellman arrived in this world on May 21st, 1903, born literally an ocean away from the place he’d be forever associated with in his later life. Young Manly’s playground was the land of Portuguese West Africa (now Angola), where his father was stationed as a medical officer. It was undoubtedly here, in a land far removed from the staid world of 20th century America, that the seeds of Manly’s imagination found their first fertile ground. Wellman would grow to become an accomplished writer, penning stories in the genres of science fiction, fantasy, occult detective stories, prehistoric adventure, and horror during a career lasting almost 75 years. While all of Wellman’s oeuvre is worth reading, it is his Silver John stories that most impacted the world of fantasy role-playing. Wellman is one of the names on Gygax’s Appendix N roster of influential authors. Although no specific title is listed alongside his name, it’s been suggested that the character of Silver John influenced the bard class in D&D—a wandering... 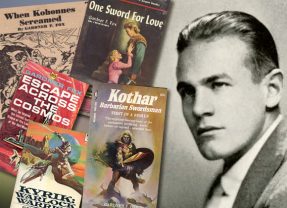 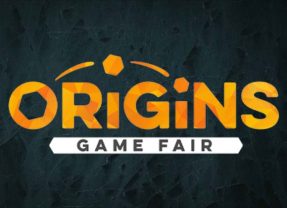 The long-running Origins Game Fair is happening on June... 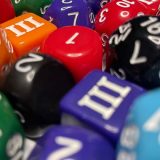 May 21Posted by billward in DCC Day, Latest News

DCC Day is July 16, 2022! Check with your FLGS to make sure they’re a part of the celebration! We are fast rolling up to DCC Day 2022 and this year we have a ton of exclusives to share with fans — including seven new dice... 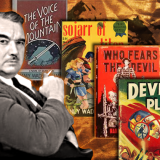 May 21Posted by pandabrett in Adventures in Fiction, Latest News, Manly Wade Wellman 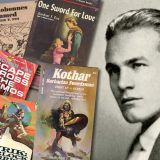 May 20Posted by pandabrett in Adventures in Fiction, Gardner Fox, Latest News 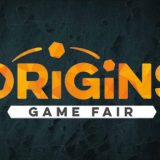 May 20Posted by pandabrett in Conventions, Latest News

The long-running Origins Game Fair is happening on June 8-12 in the Greater Columbus Convention Center in Columbus, OH. And there will be a lot of game events happening at the show as well—starting on Wednesday night and running... 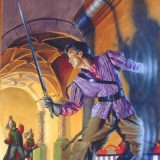 No Darkness Without Light: Roger Zelazny’s Jack of Shadows

No Darkness Without Light: Roger Zelazny’s Jack of Shadows by Bill Ward “I am Jack of Shadows!” he cried out. “Lord of Shadow Guard! I am Shadowjack, the thief who walks in silence and in shadows! I was beheaded in... 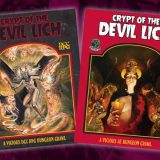 Pre-Order Crypt of the Devil Lich!

May 19Posted by pandabrett in Latest News

We invite you into the Crypt of the Devil Lich, the most vicious dungeon crawl since Tomb of Horrors!  Created in homage to Gygax’s classic adventure with the goal of providing an even greater challenge, Crypt... 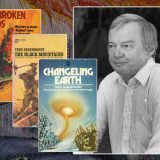 May 19Posted by pandabrett in Adventures in Fiction, Fred Saberhagen, Latest News 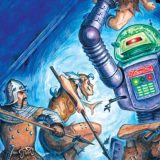 May 18Posted by pandabrett in Latest News, Road Crew 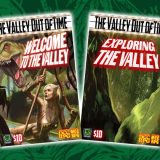 New In The Online Store: DCC “Valley Out Of Time” Adventures

May 18Posted by pandabrett in Latest News

Grab your best spear and fur-based article of clothing—we’re going dino-hunting! The new Valley Out of Time modules are the latest adventures from Skeeter Green Productions, taking inspiration from some of the iconic... 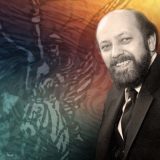 May 18Posted by pandabrett in Adventures in Fiction, Bob Bledsaw Sr, Latest News 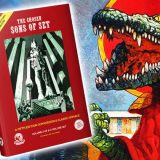 Dark Tower Kickstarter Off To An Amazing Start!

May 17Posted by pandabrett in Kickstarters, Latest News

WOW! And we mean…WOW! The response to the Kickstarter for Original Adventures Reincarnated #7: The Dark Tower has been nothing short of awe-inspiring! You’ve already raced us past ALL of the initial stretch goals that we... 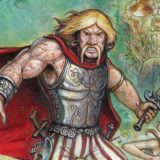 May 17Posted by pandabrett in DCC Lifestyle, Latest News

The following message is for folks new to Dungeon Crawl Classics. Of course, if you are already a fan you get the same warm hug, too. Hi there! If you’re new to DCC RPG, welcome to a larger world of gaming! There is a growing and... 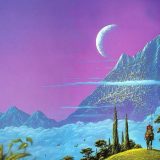 Roger Zelazny’s explosion onto the speculative fiction scene was practically the horn blast announcing the coming of science fiction’s New Wave, at least in the United States. This fresh injection of modern literary techniques... 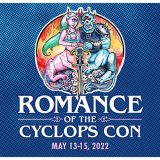 Thanks for a Great Romance of the Cyclops Con!

May 16Posted by pandabrett in Latest News, Romance Of Cyclops Con

Thank you, thank you, thank you! We felt the love all weekend! Romance of the Cyclops Con was a wonderful success, and it’s all because of you! Dozens of games were played, and we welcomed the hearty into the Inn of the Slumbering...

May 16Posted by pandabrett in Kickstarters, Latest News

IT’S LIVE! And early backers get exclusive rewards! Original Adventures Reincarnated #7: The Dark Tower Kickstarter has launched! And now is the time to get in on the early specials! What specials? Well, how about we start with... 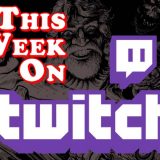 May 16Posted by pandabrett in Latest News, Twitch

Talking TSR highlights the week with a special interview with industry legend Erol Otus! But they are far from alone, as the week is filled with amazing shows and fantastic guests. It’s a packed week on the Goodman Games Official...