DCC Open 2022 Return to the Starless Sea Tournament Results At Gen Con 2022, Goodman Games returned in person to run our largest DCC RPG team tournament to date, Return to the Starless Sea. This year’s tournament saw a record 198 players across 47 teams compete in the team funnel tournament format – where five player teams consisted of multiple 0-level PCs controlled by each player. Over the course of three days and two hard-fought rounds, over a thousand gongfarmers fell to the deadly traps, chaotic combat, and multiple paths that made up this year’s adventure, and a number of teams were wiped out in TPKs before team I Haven’t Had Enough Coffee for This! emerged as the champions. We now present the official tournament stats, including all the judges, rooms and authors that contributed to this year’s amazing event. Round 1 Results1 Unlike previous years, this year’s adventure was designed such that teams in each flight during Round 1 had a slightly different path through the adventure to reach the center of the restored chaos keep. There are up to five alternative paths that can be taken, making it less likely that teams in Round 1 would experience the same content. Each path includes a different unique encounter in area 1-3, and teams could even choose to ignore the ghostly apparitions guiding them towards the most direct path to the center of the keep to wander off and encounter alternative areas – many to their own peril! Each path into the keep is roughly mathematically equivalent and therefore fair in a tournament environment. Even so, at Gen Con, teams were competing only with other teams in the same flight for the top spot to guarantee advancement, ensuring that results were not being compared across flight. Below are the final Round 1 results broken out by team by flight. Round 1, Flight 1 Results (Route 1-3A) PlaceTeamFlight ScorePlayersJudge1 (Advancing Team)Take Off Every Ziggurat116Michael MarkeyGavin MarkeyJason CefarattiDwayne SchuellerTim Deschene2 (Alternate)The Ross Grinvalds Experience114Matt FreePaul RomerJason KehoeTyler HodgeMatt LindgrenJeff Regner3Holy Rollers107Matt GetzMike LottNolan FulksYamil Camacho4Litches Get Stitches96Darryl LouthDavid CambellJoe WagleMike BannisterChris GallivanAlan Keim5Wasted Effort94Joe BatkaMatt BatkaJim BatleeTristan PozenelJames PozenelJody Whittle6Holy Water Kegstand83Alex SaccacinoBrendan StasselNolan OliverChris HazelSean Smith7Critical Fail74JonathanMarielRossJordanJasonHaley Skach8Peasants Power the Fiend Fodder74Jesse BergstromAbram BergstromMatthias BergstromGeorge RoehrRussell RoggeJason Stierle9Fire for Effect39*Shaun PiersonTim ZaletelEric StainbrookEdward MikkelsenNora FiggMichael Grant10Hammertoes35*Martin BuinikiThad DonovanHayden HodgeLance HodgeRyan...

Final Hours! Fully funded and with all of its stretch goals unlocked, The Ashmore Herald Vol. 1 is the first, and maybe only, issue of a zine depicting a role playing game setting reminiscent of America’s Western Reserve circa 1800. This single volume zine contains a small town and the NPCs that live there, an entire mini-dungeon that Judges, Dungeon Masters, and Game Masters alike can use for their adventures, including two custom monsters. The dungeon is designed to be quick and easy to drop into your existing games without the need to do much prep work. It also includes an incredibly simple recipe that you can make to help your table get into the mood! Rules Compatibility The Ashmore Herald is designed for use with the Dungeon Crawl Classics RPG, but can easily be used with any other OSR System or with the latest version of The World’s Most Popular RPG. What’s Inside? 20 pages of Role playing goodness2-Level Dungeon with maps that can be dropped in to an Ashmore County adventure or your own gaming worldA recipe you can make for your gaming tableVine Rats!Wonderful Black & White IllustrationsFull Color Map of Ashmore CountyAvailable as a PDF (with full color maps) or printed in a convenient digest size (5.5″x 8.5″) (with grayscale maps)STL file of the Vine Rat miniature Stretch Goals! All stretch goals have been unlocked! $800 (UNLOCKED): Add a map of Ashmore county to the inside front and back cover.  The map will have hexes for those that want to run their games in  Ashmore County. $1,000 (UNLOCKED): Full Color Maps in the Print version. The two dungeon maps are in that classic blue and white style digitally. If we reach this stretch goal, the print copy will match the colors in the PDF. $1,500 (UNLOCKED): An STL of the Vine Rat model to print on 3D Printers, sculpted by Portalnik. Portalnik has been working with Isekai Heavy Industries for awhile now, sculpting models for the old On the Lamb game Endless Fantasy: Tactics and recently Portalnik and Isekai Heavy Industries have been making counts-as/proxy models for Atomic Mass Games’ Marvel Crisis Protocol.  But hurry, the chance to support this amazing third party Zinequest kickstarter from Thomas Sweo and Isekai Heavy Industries ends today! FINAL HOURS FOR THE ASHMORE HERALD... 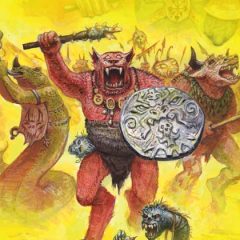 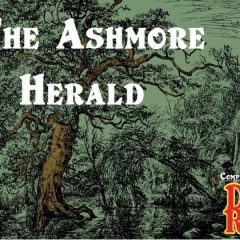 Final Hours! Fully funded and with all of its stretch goals unlocked, The Ashmore Herald Vol. 1 is the first, and maybe only, issue of a zine depicting a role playing game setting reminiscent of America’s Western Reserve circa 1800. This single volume zine contains a small town and the NPCs that live there, an entire mini-dungeon that Judges, Dungeon Masters, and Game Masters alike can use for their adventures,... 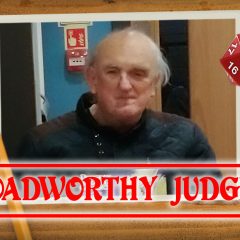 We recently had a chat with seasoned gamer and avid Judge David Gallico, of Rugby, UK, who shared with us his love of DCC, his thoughts on in-person as well as online convention gaming, and the pernicious difficulties of gaming across time zones! Roadworthy: David Gallico What’s your name, where do you live (and game), and what should Goodman Games fans know about you? My name is David Gallico, I am possibly one of the more … er... 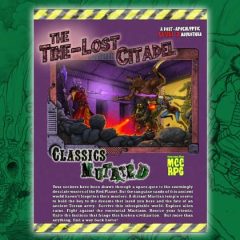 PDF Preview of the Time-Lost Citadel

Terra A.D. is a difficult place to survive. Imagine what life must be like on Mars. The Time-Lost CItadel is the new adventure and campaign setting for Mutant Crawl Classics from the folks at Dandyline Games that takes your PCs to a whole new world. What does Mars hold for your characters, and for all of Terra A.D.? Find out in the pages of The Time-Lost Citadel. PREVIEW OF THE TIME-LOST CITADEL The Time-Lost Citadel – Print + PDF... 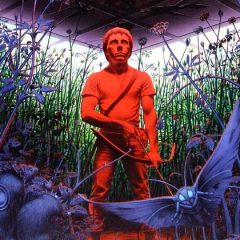 While best-loved by sci-fi fans for his tales of generational starships (Non-Stop) and far-future earths (Hothouse), English author and Science Fiction Grand Master Brian Aldiss was a prolific and daring writer who ranged up and down the spectrum of speculative fiction incorporating everything from straight pulp adventure to sharp satire, classic tropes of time-travel, space opera, and post-apocalyptic survival, to wild forays into... 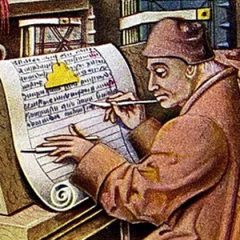 If you want to learn the ins and outs of third-party publishing, there isn’t a better place to start than The Scrivenery. Learn from some of the best as hosts Ed Stanek and Trevor Stamper bring in guests to showcase what they’ve learned and how to use that knowledge to advance your own skills and produce the best product possible. They are back at it tonight with an all-new episode airing on The Official Goodman Games... 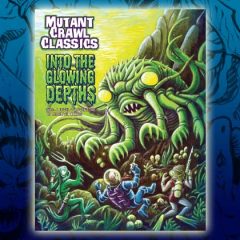 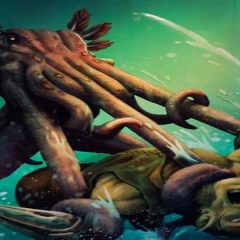 The Box of Cold is failing! You must procure a new power source or many will suffer! Get Me the Juice is the second adventure module created and published by Tim Sattley and High Dive Games, following up on the success of Tribal Games: Contest of Champions, and the first module in what they are calling the Recharge Run series. It’s also the latest publication in the ZineQuest series over on Kickstarter! Here’s info direct... 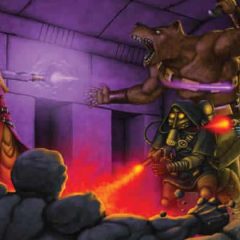 New In The Online Store: The Time-Lost Citadel

There’s a new third-party module for MCC RPG in our online store! And it’s brought the PDF of it’s prequel with it! The Time-Lost Citadel is the latest Mutant Crawl Classics adventure from the folks at Dandyline Games, joining The Seekers of the Un-K’Nown in their post-apocalyptic stable. And now, both modules come as a print + PDF combo! Let’s look at the details! The Time-Lost Citadel – Print + PDF Your... 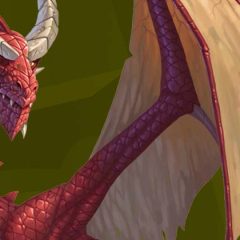 If you attended Gen Con and interacted with Goodman Games there, we would love to hear from you! Whether it was a game, shopping at our booth, or banging the Doom Gong, we’d like your feedback. Please fill out our Gen Con feedback form! It only takes a couple of minutes and is a HUGE help to us for improving our convention experience in the future. We are not collecting emails and all of your information and answers remain anonymous.... 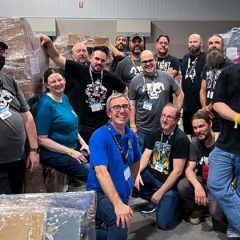 What Goes Up Must Come Down: The Gen Con Teardown Squad

They’ve got the dirtiest, smelliest, and toughest job at Gen Con. Meet the Teardown Squad! These brave volunteers help put away the booth on Sunday night at Gen Con. After two days of setup and four days of nonstop gaming, they stay late for the grueling task of packing everything back up for the warehouse. The ziggurat and obelisks and Doom Gong sure look cool—but somebody’s gotta put ‘em on a pallet! (And for those of you who don’t... 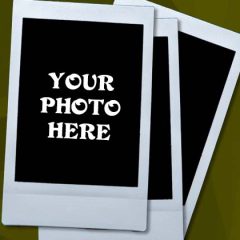 Send Us Your Gen Con Photos

Gen Con was a wonderful experience for Goodman Games, and we hope it was just as memorable for you! In fact, we want you to share your Gen Con with us. Send us your photos of Goodman Games and related moments from Gen Con and we may include them in an upcoming post on our website. Just make sure they are all family-friendly, of course. Send your pics to info@goodman-games.com. We can’t wait to see Gen Con from your...