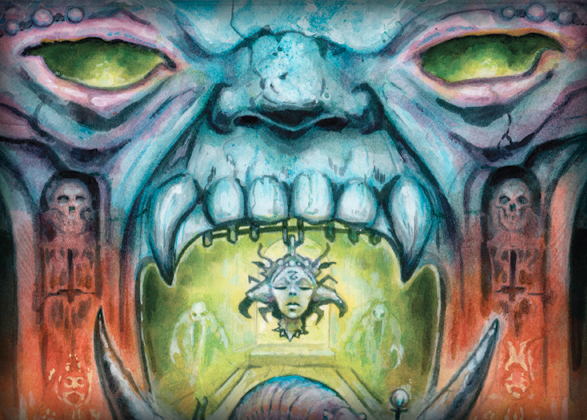 Like every year, Gen Con 2017 was great. In case you forgot, we ran a tournament that everyone loved, in a style that we hadn’t done in years.

In fact, everyone loved it so much that we’re currently preparing the tournament adventure for publication. It will eventually be published in the 2018 Gen Con Program Guide as The Black Heart of Thakulon the Undying.

Which, of course, means that we had to go back over everything. In the course of doing this, we have compiled some statistics on the tournament performance, and we thought you might like to see them. You can get some more details about our 2017 Open Tournament here.

Here are the complete statistics for the tournament – not just the team scores which were previously posted, but also judge stats, room stats, and more! Enjoy!

Deadliest Rooms by Round

*slain PCs include both the total number of times a PC reached 0 hp and the number of PCs that bled out.

**the ranking order for judge David and judge Tim is reversed if considering the total number of bleed outs only, or just PCs that were killed, where judge Tim had an amazing 0.7:1 death to player ratio!

***After they had won the tournament, the Medieval Kenivals went back to explore Thalkulon’s false tomb and ended up with a TPK, making the penultimate room technically 100% lethal, as they were the only team to enter!

And there you have it! Stats for the 2017 Gen Con Tournament. We’re already in the early stages of putting everything together for Gen Con 2018, and we can’t wait to see everyone there for all of our events!