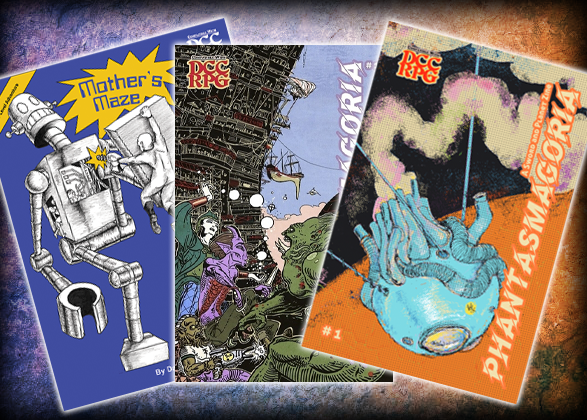 Everyone loves a funnel. It’s a great way to introduce new players to Dungeon Crawl Classics and just flat-out fun to play.

Today we have some great new third party releases for you, now available at our online store. One of them coming off of a very successful Kickstarter campaign, and the other from the same folks who produced the hilarious and very popular Temple of the Hamster adventure.

The third party scene has been exploding over the past year! If you’d like to learn more about the DCC zine scene check out these other references on the Zine Scene:

Now let’s take a look at the latest! 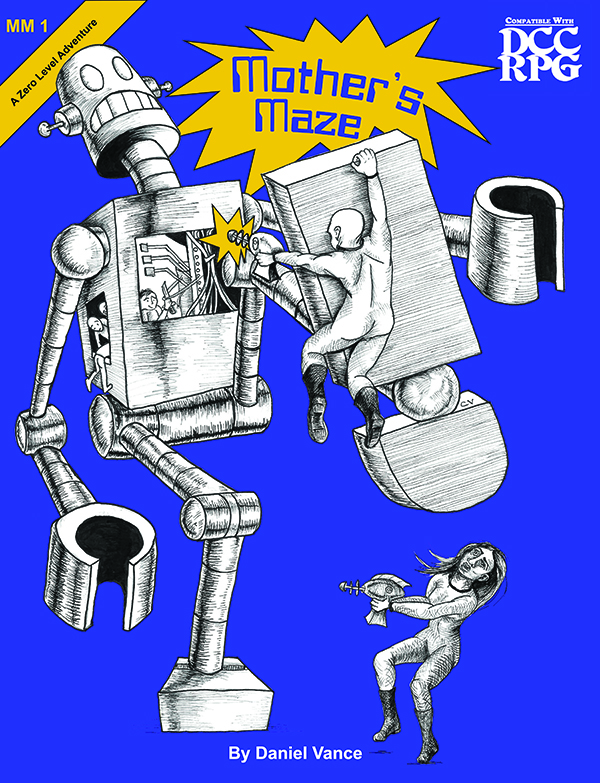 Mother’s Maze is a zero-level funnel designed to be used with the Dungeon Crawl Classics RPG. In this adventure the players take on the role of clones trying to escape from a decaying military facility. This facility is run by an insane computer named Mother, who sends the clones into a maze filled with deadly traps and terrible monsters. The adventure has multiple exit points and can be played numerous times. Mother’s Maze is bursting with dangerous robots, mysterious mutants and the crazed creations of a deranged machine. Will the players become the pawns of Mother or will they delve deeper into the complex and discover the secrets of this fallen Terran outpost?

From the same folks who created The Temple of the Hamster! 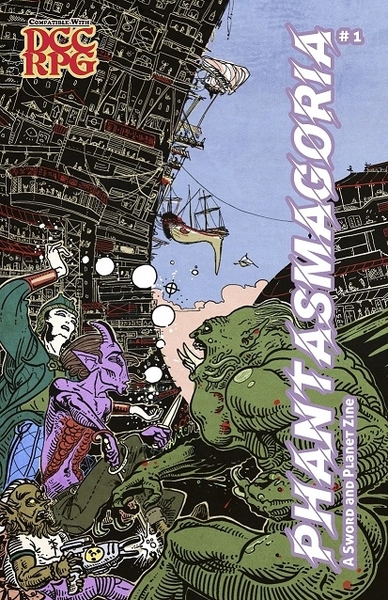 Explore the ruins of lost alien civilizations, or sail through space in a massive freighter, weighed down with all manners of gold, jewels, and relics. Play as a Jovian, a lithe yet strong alien native to a gas giant, a Captain, a brilliant tactician and duelist, or a Gremlin, an alien skilled with magic and technology. Build any type of ship from a tiny fighter to a massive dreadnaught, bristling with cannons. This issue of Phantasmagoria introduces five new classes, new pieces of equipment and 0-level occupations, and rules for creating custom spaceships.

You can read an interview with Chance Phillips on the creation of the book here! 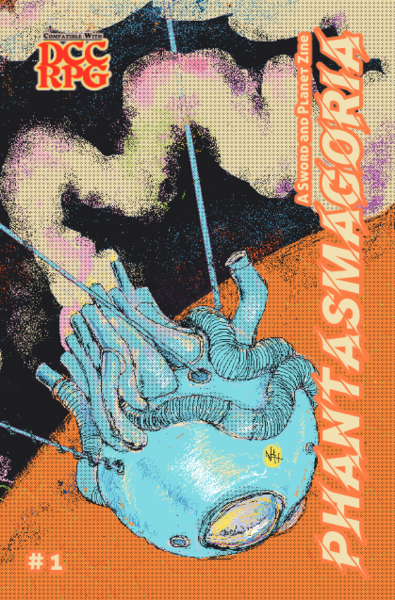 This version is the same as the book above, but features a stunning cover by Matthew Adams!

Be sure to check out all of our great third party products in our online store!