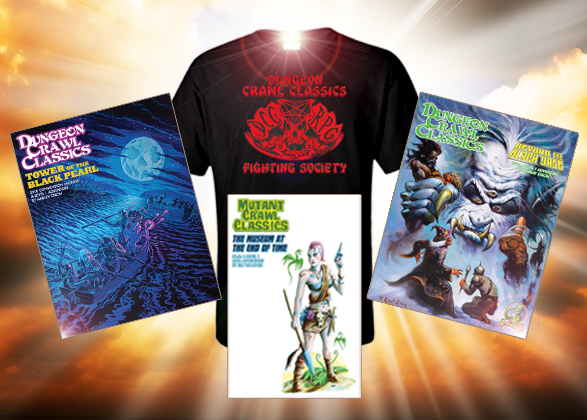 One of our favorite shows goes down this weekend. North Texas RPG Con runs from June 7th to 10th in Irving, Texas! Goodman Games loves North Texas RPG Con so much that we’re sending not only three of our best people, but also four brand new releases. From the halls of Goodman you will find Michael Curtis, Doug Kovacs, and Jon Hershberger to entertain, run some games, and sell a bevy of items at our booth. And speaking of products….

You probably want to know what items are prem… Well, you know. Let’s take a look! (And check out the bottom of the page for all the details on North Texas RPG Con!) 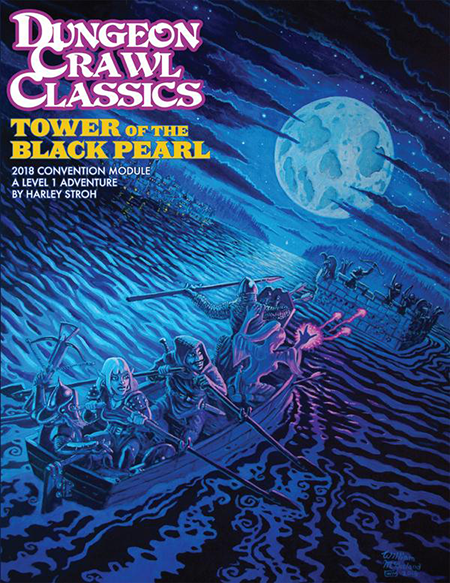 Our brand new convention-exclusive module! For 2018 we are presenting a new printing of The Tower of the Black Pearl by Harley Stroh. This edition features a brand new cover and interior art by William McAusland, and is presented in 8.5″ x 11″ format for the first time! This book is ONLY AVAILABLE AT CONS for the 2018-2019 circuit, and is making its debut at North Texas RPG Con this weekend! And hopefully you were able to snag last year’s con exclusive, Blood for the Serpent King! 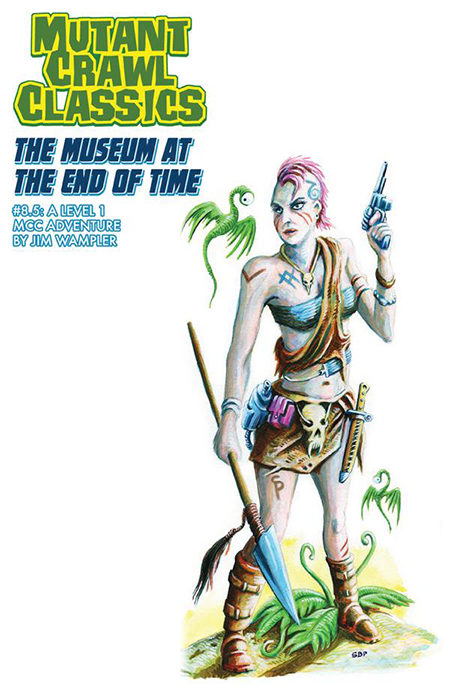 Surprise! We’ve got a brand new Mutant Crawl Classics adventure making its premiere (there’s that word again!) at NTRPG! This is a special digest-sized MCC module previously released on Free RPG Day 2016 and long since out of print! Now available again for a limited time, only at cons and through retailers who special ordered it at the GAMA Trade Show. Pick it up at NTRPG for the first time anywhere! 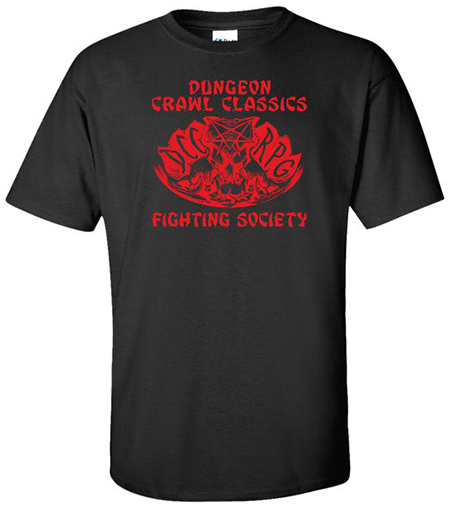 The newest shirt from Goodman made a surprise appearance at Momocon, but celebrates its coming out party this weekend! All of our shirts are limited editions, which means when we sell out, they are gone! And this one will let people know not to mess with you as a member of the DCC Fighting Society! (Disclaimer: Please do not think that this shirt makes you a bad-a$$ and convinces you to go declare war on your “rival dojo.” It’s just a shirt. It does look really cool, though, and we encourage you to wear it often. You never know.) 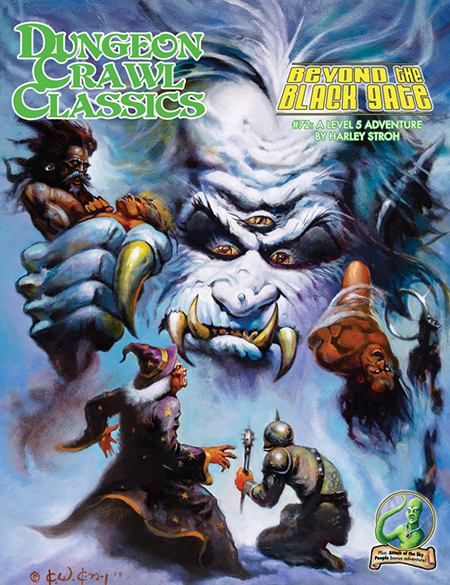 The previously announced new printing of Beyond the Black Gate arrives this weekend! Sporting a gorgeous new cover by fantasy art legend Ken Kelly, this printing also features a new back-up adventure by Terry Olson: Attack of the Sky People! What a great way to end the new releases for this show! 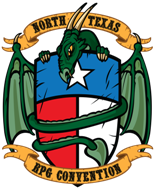 This is the tenth year for the North Texas RPG Con! It is a great show with an emphasis on role-playing games! If you are anywhere near the greater Dallas, TX area, it is definitely worth your while to show up. We’ll be there in force, with our own people and some fabulous new product. Plus other guests include the likes of Jeff Dee and Erol Otis, so old-school fans can rejoice!

We’ll see you this weekend at NTRGP!