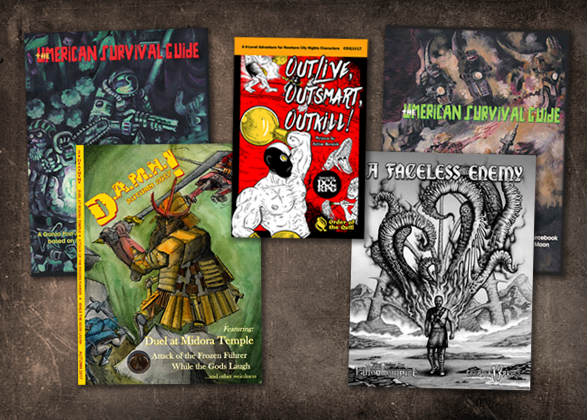 It’s a new year and we’ve got new stuff for you in our online store. Several of our Third Party Publishers have new product out and available, and we have them. Let’s get right to it! 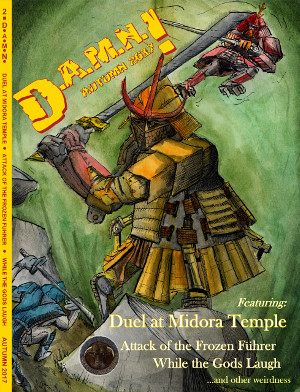 The Autumn 2017 issue of the DCC Adventure Magazine and News is now available! Or, we can just call it D.A.M.N. #2. The second issue features three new adventures, including a level 10 funnel. Yes, you read that correctly, and it’s just as crazy as it sounds. It also has the swashbuckler class, a new patron, and tons of news for the DCC community. You can also pick up D.A.M.N. #1, which has plenty of exciting material, and everything else from Mystic Bull Games. 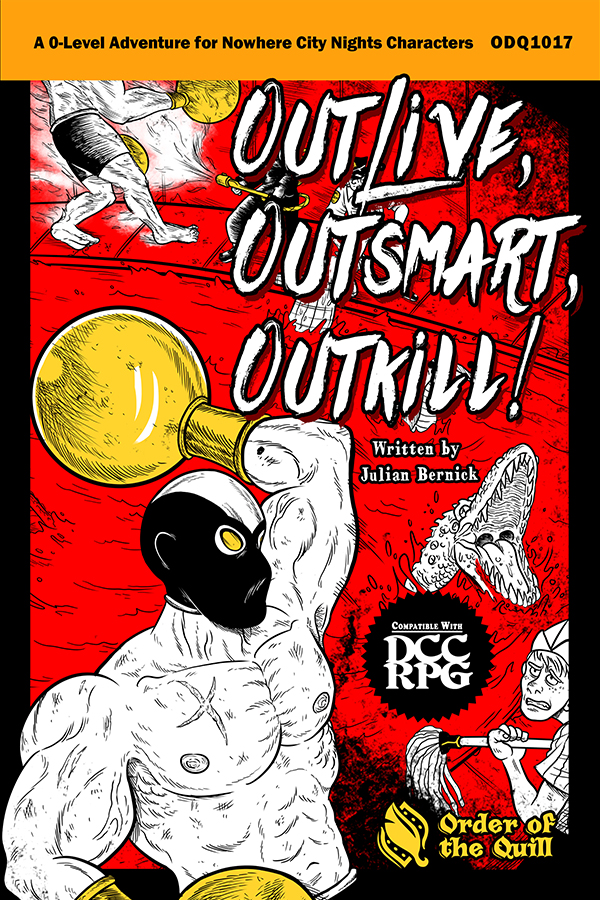 In the world of Nowhere City Nights power-mad Sorcerers battle the righteous Gutter Knights for the final fate of Humanity, while selfish Free Agents seek to profit from the conflict. Outlive, Outsmart, Outkill is a funnel-adventure to help get you into the game. It also helps your character to get into the Sorcerer Cult—and by “help” we mean they either get in or die. Writer Julian Bernick provides this over-the-top parody of today’s reality television gone wild for the folks at Order of the Quill. 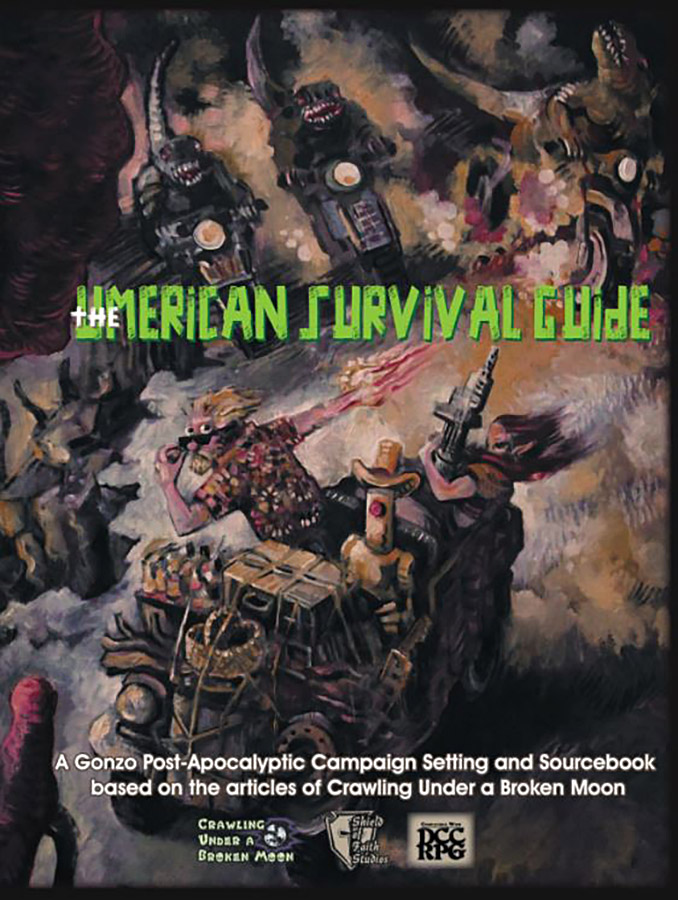 Everything was going great on Earth, until that rogue object struck the moon. Devastation and disaster followed, throwing the world into upheaval and changing the very fabric of reality. The result is The Umerican Survival Guide Hardcover. The country of Umerica is a place of savage warlords, twisted science, and powerful sorcery. The Umerican Survival Guide is everything that you need to play in this setting, including new classes, gods, and patrons. There are also new rules for vehicles, armor, and mutations. The Umerican Survival Guide Hardcover collects and expands on material from the popular Crawling Under a Broken Moon zine, put out by Shield of Faith studios. You even get your choice of covers: the Chase cover and the Delve cover—and we’ve got both of them for you! 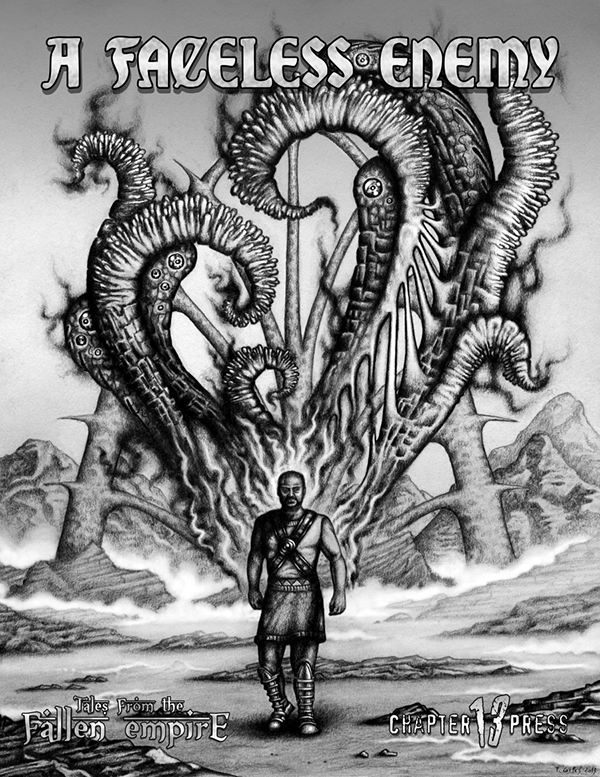 If you are looking for an adventure for level 5 characters, you need to check out A Faceless Enemy. This new adventure from Chapter 13 Press is written by Oscar Rios, and gives your adventurers a simple task: escort a caravan. Should be easy, right? Well, in this case that caravan is traveling over the Dol Minor Wastelands, where a war between denizens of the abyss and the inhabitants once raged and left behind leveled cities. A Faceless Enemy is set in the world of Tales from the Fallen Empire (available in both hardcover and softcover), but you do not need that setting to play the adventure—but it will add more depth to the game.

There you go! A quartet of great new product for your Dungeon Crawl Classics game. There are some amazing products coming out from our Third Party Publisher partners, so make sure you check these out.