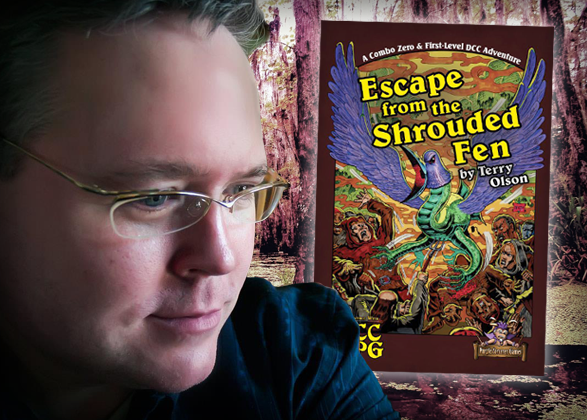 As you may already know, Goodman Games offers a free license for creators to self-publish their DCC creations, and this month we spotlight community members whose DCC creations have added great new options for players and judges alike. If you purchase any DCC RPG product this month, you’ll get a free DCC guitar pick. This time up, we’ve got Jon Marr of Purple Sorcerer Games, talking about Escape From the Shrouded Fen!

What happens when a demon dies? Oozing, scalding, deathblood floods the land, cursing it forevermore. Every seventeen years, the blood moon rises and the Fog Beast beckons villagers into the Shrouded Fen; those that follow never return. Now you have been chosen! Seeking ancient ruins, vast treasure, and arcane lore, you plunge deep into the mist-laden swamp. Plants impale corpses ravaged by man-eating birds, while specters of past victims roam the blood-cursed land. A mysterious floating portal defies entry, though the bog’s hidden artifacts are rumored to provide the key. Can you solve the riddles of the swamp and escape from the Shrouded Fen? 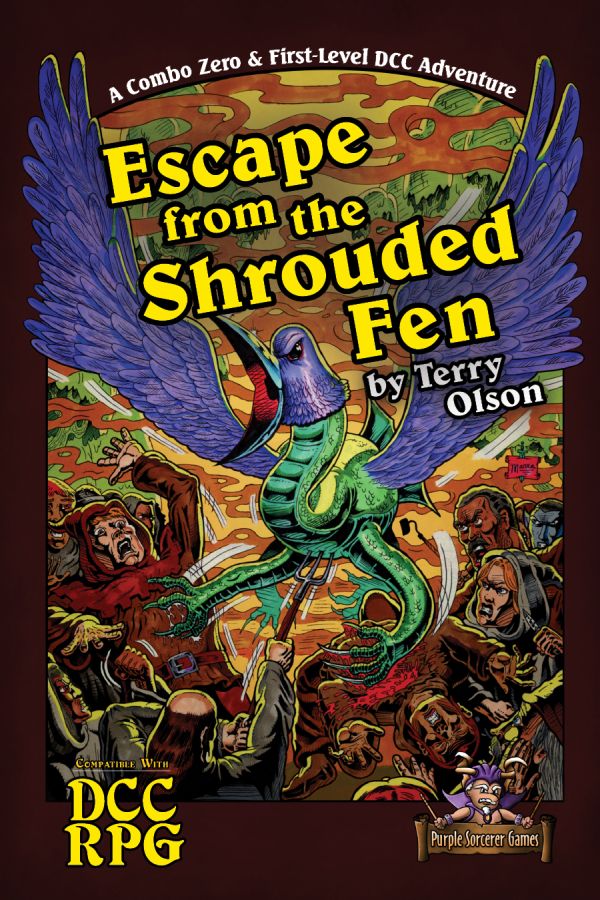 Terry Olsen’s Escape from the Shrouded Fen is a 112 page digest-sized Dungeon Crawl Classics adventure begins with a 0-level funnel that leads into a deadly 1st-level sandbox sandbox adventure. It features incredible artwork from Benjamin Marra, and maps from Dyson Logos, and is packed with both scripted and random encounters and events to keep things interesting! An additional 61 page PDF appendix is filled with full-sized handouts, author’s notes, all the stat blocks from the adventure for easy reference, and much more! 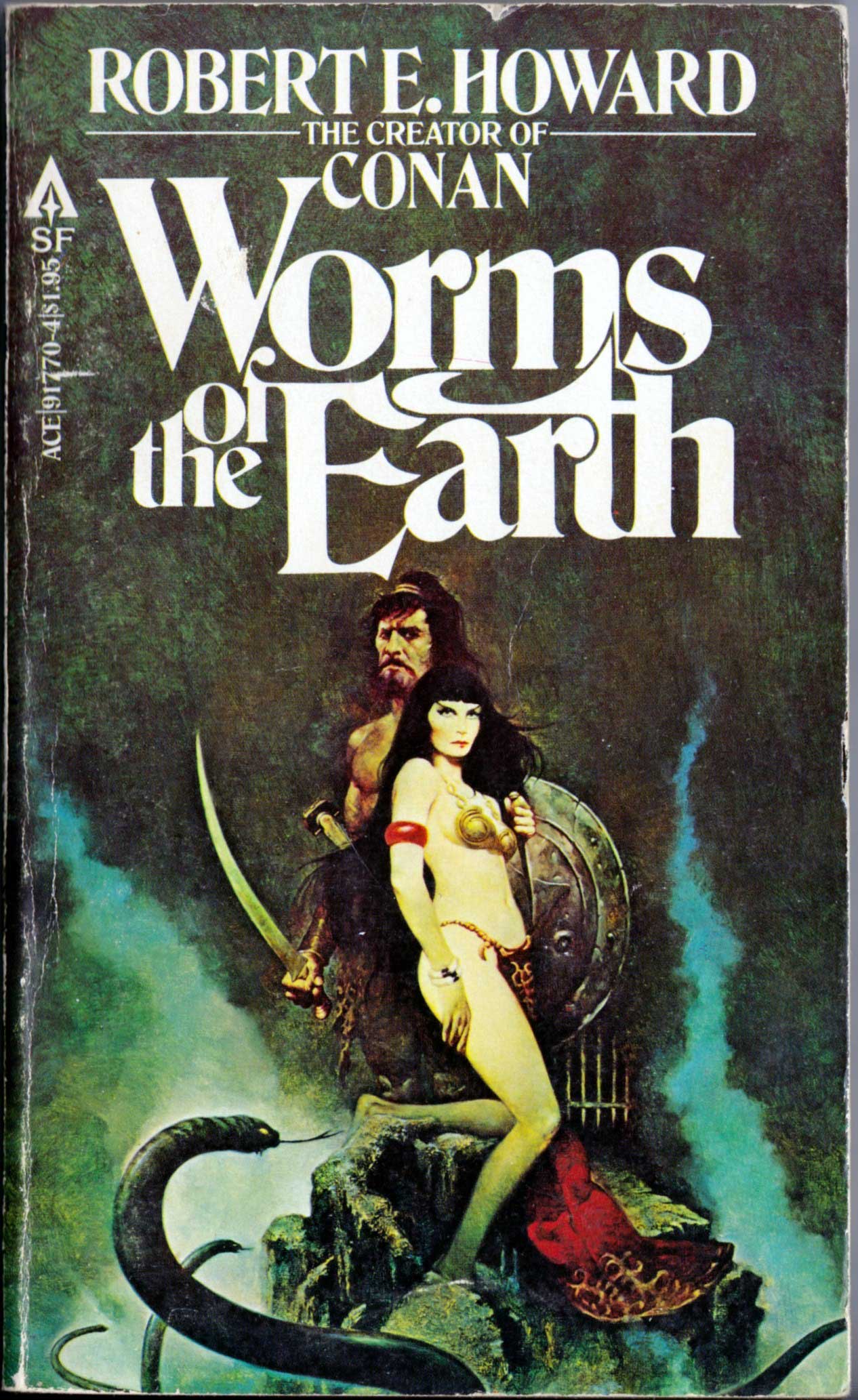 Terry’s inspirations for this adventure were a vacation, a bird, Robert E. Howard, Michael Moorcock, and Hayao Miyazaki. Escape from the Shrouded Fen was primarily inspired by a vacation to Yosemite National Park, and its valley’s history. Most of the names are acronyms of historical figures or peoples (see the free pdf appendix for examples), and the adventure’s map is conceptually based on Yosemite’s Happy Isles Fen. Did you know there is a real-life bird named the “Sentinel Butcher” (in Latin)? This is the Great Gray Shrike, which impales its prey on thorns to save for later. This awesome avian inspired the adventure’s main “boss,” which was named by playtesters (see below). Appendix N fiction helped Terry glue narrative elements together, pulling from Howard’s “Beyond the Black River” and “Worms of the Earth,” as well as Moorcock’s “While the Gods Laugh.” Hayao Miyazaki’s “Princess Mononoke” provided nice counterpoint.

Terry knew he had a good adventure on his hands during the very first playtest. The main boss (the aforementioned awesome avian) attacks the PCs early on, decimating the gongfarmers, but foreshadows a much later encounter when the survivors (now level 1) exact their revenge on the beast. Terry boringly named this poor bird, “Prime Scaleshrike.” However, upon encountering the fearsome creature, the first playtesters exclaimed, “Murderbeak!” Of course, the name was changed then and there. Thank you playtesters!

With so many awesome funnel and level 1 adventures, why should you buy Escape from the Shrouded Fen? This adventure is the first to combine a funnel and level-1 play into a two-act crawl. Your players will experience a growth arc to their characters, complete with tragedy, revenge, and triumph! They’ll make decisions that set the stage for a campaign, and directly influence the balance of Law, Chaos, and Neutrality. Whenever players’ characters have escaped the Fen, they’ve smiled, clapped, and laughed with the joy of survival. During one playtest, there was only one PC left standing, who survived inter-party conflict over a pivotal decision; she was a happy dwarf! Escape from the Shrouded Fen has been favorably compared to Poul Anderson’s “Three Hearts and Three Lions” (listen to Sanctum Secorum Podcast’s episode 24) and praised in Daniel Bishop’s DCC Trove of Treasures blog. We’re certain this adventure will provide the judge and players hours of memorable fun!

Be sure to check out everything from Purple Sorcerer Games in our online store!