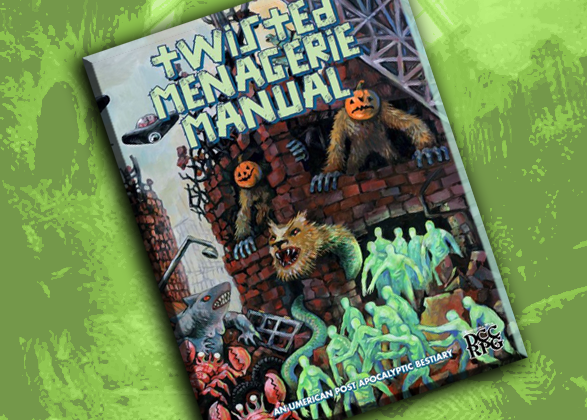 New and restock, mixed together to form a delightful swirl of entertainment delight. No, we aren’t starting up a cooking show, we’re talking about what just popped up in our online store! It’s an amazing new mix of third party products for Dungeon Crawl Classics!

Check out the newest and what’s back in stock. 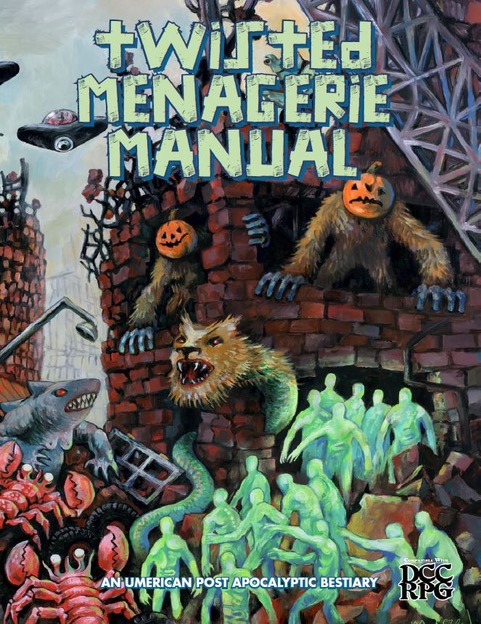 New from the fine folks at Shield of Faith Studios is The Twisted Menagerie Manual for Dungeon Crawl Classics. This 273-page hardcover details some of the gonzo monsters that traverse the wild and weird world of Umerica, and make for a perfect addition to any DCC campaign.

Within these pages dwell a cornucopia of crafty creatures to cram your campaign with consternation and paralyze your party with panic. Each one listed with adventure hooks to help drop them into your game.

Besides over 100 brutal beasts, this book also contains a bevy of barbarous Bosses based on a few of the creatures within. Each one listed with a backstory, common followers, motivations, and more.

The following items are back in stock in our online store! 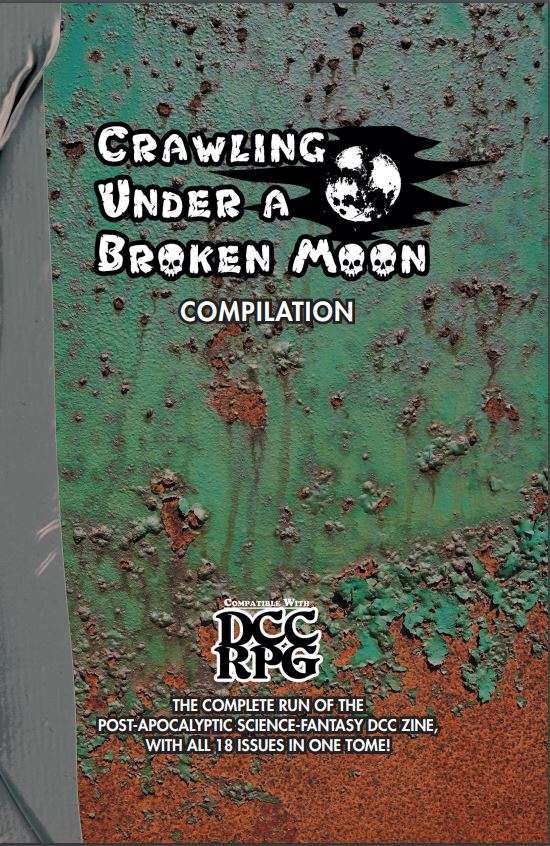 The Crawling Under a Broken Moon Compilation

Contained within this mighty tome is all 18 issues of the Crawling Under a Broken Moon zine.

What you will find inside:

Over 500 pages of Umerican post-apocalyptic goodness unaltered from their original publication!

This product is compatible with the Dungeon Crawl Classics Role Playing Game. Available in both hardcover and softcover formats. 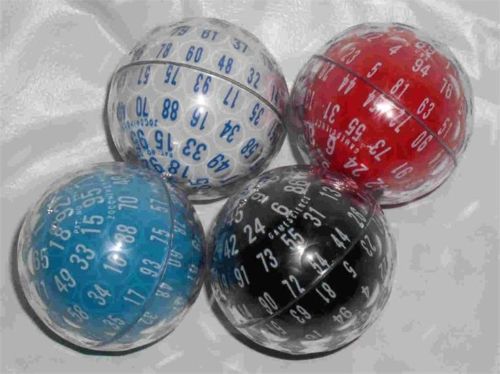 The d100 Zocchihedron is named after creator and well-known dice designer Lou Zocchi. Battle-tested, just one of these d100 dice will last for years of table gaming use. Available in one of four colors, and if you still want to buy two, we won’t tell anyone. 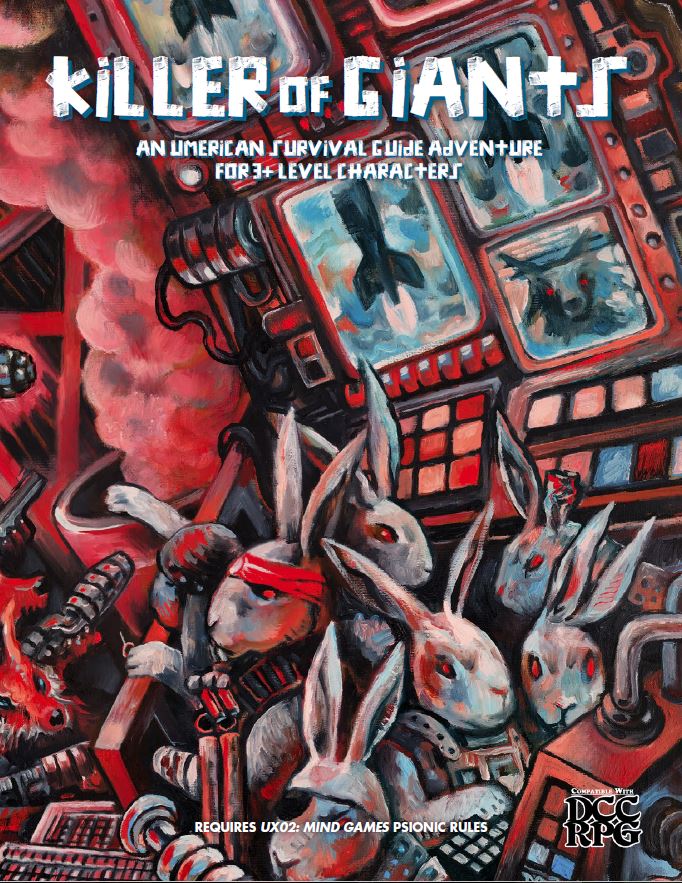 The Killer of Giants

An Umerican adventure for level-3 characters. Delve into an ancient military base, home to the fabled “Killer of Giants”

The protections surrounding an ancient military base, home to the fabled “Killer of Giants,” are down! The denizens of Umerica have flocked to the base to grab what they can and establish dominance over this post-apocalyptic treasure trove. Why let everyone else have all the fun?

Your party of daring adventurers will discover:

Killer of Giants is usable in your existing campaign or as the jumping-off point for any number of long-term campaigns. It’s an incubator of ideas for longer story arcs (some assembly required)! 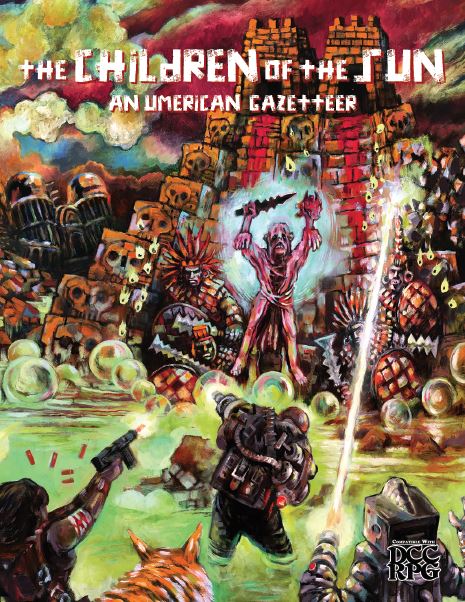 The Children of the Sun

An Umerican gazetteer for the Valley of Mexico including new classes, a new Patron, and a host of new monsters

WELCOME TO THE KINGDOM OF THE SUN!

Herein lies a detailed treatise on what was once the Valley of Mexico, where the People of the Sun forgo the use of all technology and return to the way of life led by the tribes that dwelt there thousands of years ago.

In this book you will find:

This product is compatible with the Dungeon Crawl Classics Role Playing Game. 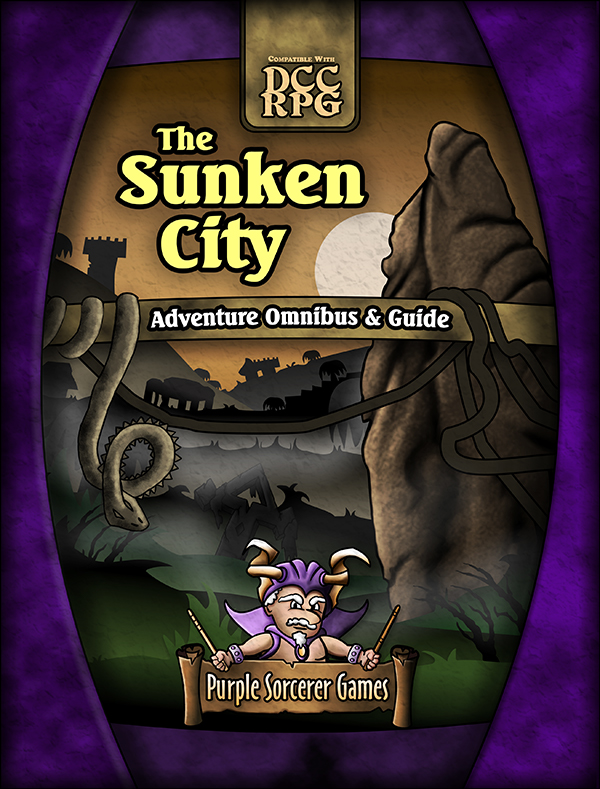 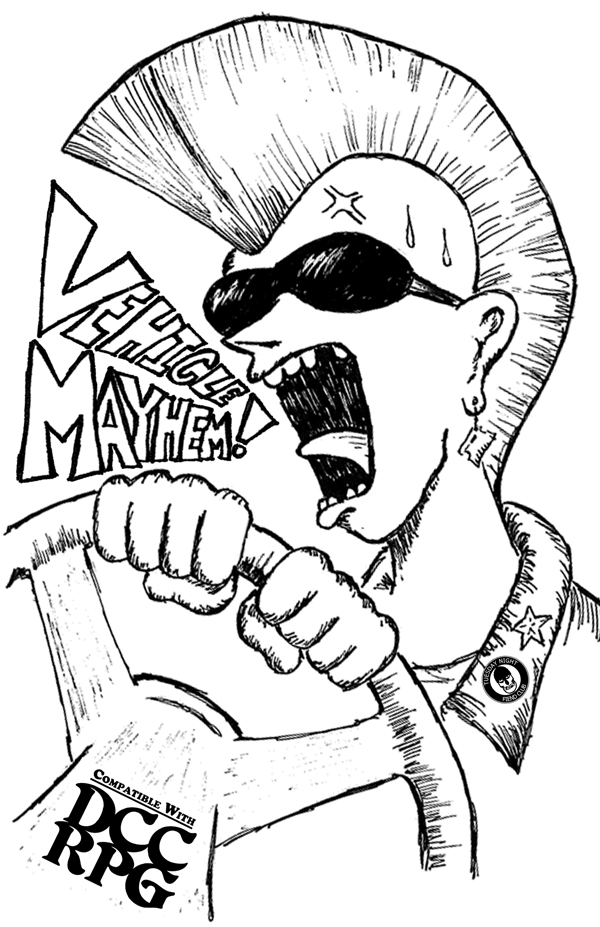 Strap in & start your engines! Vehicle Mayhem provides you with simple rules to guide your players through the wasteland, wrecking every car in their way.

While this system is fairly standalone and can be easily adapted to most any RPG system, Vehicle Mayhem is designed for use with the Dungeon Crawl Classics and Mutant Crawl Classics RPGs.

28 pages of rules, including: 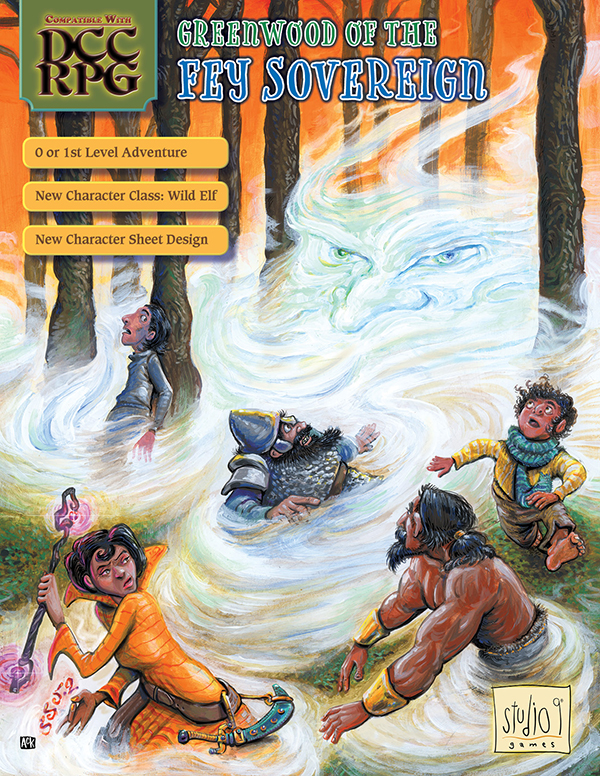 Greenwood of the Fey Sovereign

War is looming between Nanch and the Fey. Those on the border are caught between two dangerous dynasts.

Pressed into duty for lord and country, the peasants and gong farmers of Nanch find themselves in a strange and unnerving forest full of denizens older than the practice of naming. In this new world, the rules of life and death are a game of whimsy practiced by fantastic forces, and bizarre ancient feuds re-ignite in the chaos of war. Those errant attendants of Nanch will be fortunate to survive the madness of either ruler!

The adventure spans a series of strange and otherworldly encounters with the magical and surreal denizens of Greenwood—while under the incompetence, cowardice, and bullying of Pertrub (one of the King’s footmen). As the encounters continue, signs of the Earl’s fate are everywhere. The players must pick up clues and begin to grasp the realities behind them! The adventure features a number of visual puzzles with handouts to help the players solve them.

The adventure is for low-level characters. It is not setting specific and can be placed near any ancient woodlands. 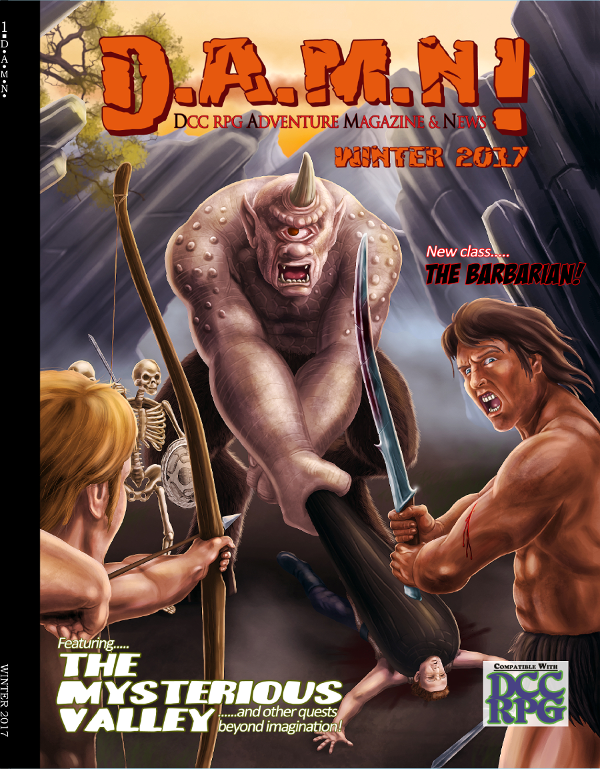 An adventure and news magazine for and by the DCC Community

Whew! That’s a lot of books. Whether it’s something new or some great older product that is back in stock, we’ve got an amazing selection of stuff for you to check out this week.

Be sure to visit our Online Store to get the latest and greatest for DCC and MCC!