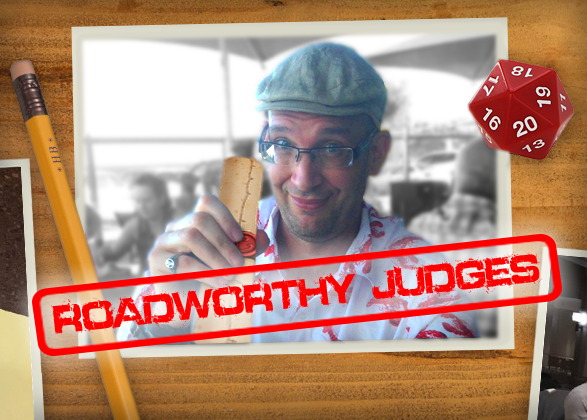 We’ve gone to some lengths for our Roadworthy posts in the past, but we’ve never gone as far as this before. Today, from the other side of the world, we present Judge Morgan of Tasmania!

My name is Morgan Bourke, I live in the city of Hobart on the Island of Tasmania and game at Area 52. I’m just a geek trying to make his way in the universe. 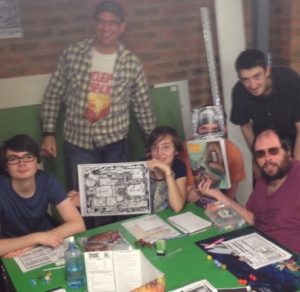 DCC had been on my radar for a few years and fortunately Jamie the Store Manager at Area 52 managed to score a copy of the Dungeon Crawl Classics 4th printing Rulebook which he kindly sold to me at a discounted price.

I was running Call of Cthulhu RPG last year but have made the transition from Keeper to Judge and have run six Road Crew sessions so far in 2018…with many more to come!

There have been too many to list but my favorite so far would have to be Grom the Dwarf (raiding the Chaos Lord’s tomb in Sailors of the Starless Sea) saying : “And what phat lootz do you have for Grom today, laddie?” resulting in him copping a Rune of Blasting to the face, apparently killing him instantly—fortunately for the Party when “rolled over” Grom was only stunned. 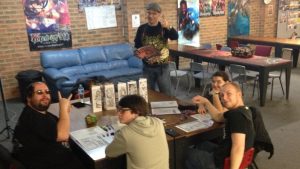 Most importantly, if you are enjoying yourself the players will be enjoying the game as well. Be sure to read the planned adventure several times before the session. Highlight any areas in the text that are crucial to the storyline so you won’t accidentally skip over them when the action heats up.

Make everyone feel welcome. Regardless of age or lack of roleplaying experience…these players may initially take up more of your time with rules explanations etc.. but given the chance they tend to be the most enthusiastic at the table. Having a couple of the DCC Quick Start books handy for newbies helps out immensely. Always have a stack of pre-generated character sheets handy so you can add new players to the party seamlessly. These can also be invaluable in the event of the inevitable PC death or if only a few people show up for a session they can run two characters instead of just one each—this will make the quest more achievable. 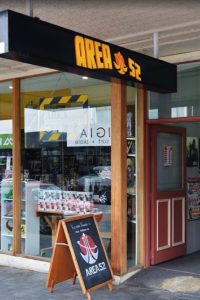 People will come and go from the game. If someone is a no-show just use their character as an NPC. This adds life to the sessions and (if they are lucky) their PC will still be alive when they return. Finally, I much prefer linking all of the adventures through running a campaign instead of “one-shots.” This requires more effort on the Judge’s part, but the feeling of continuity is what makes the players feel like they are part of a living, breathing fantasy world, where their actions can make all the difference…especially when the party is fighting against an arch enemy/antagonist throughout the whole campaign!