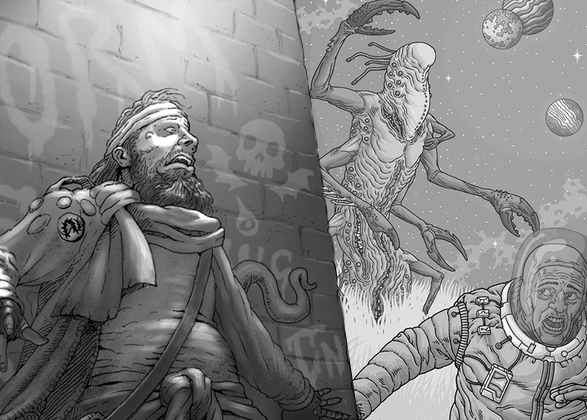 Two new Kickstarters are live, and they continue to show the diversity that DCC RPG inspires!

You can get in on the ground floor of the two new zines for Dungeon Crawl Classics that take the game in very different directions. Terror of the Stratosfiend and Ghostlike Crime are both now live, and waiting for you! 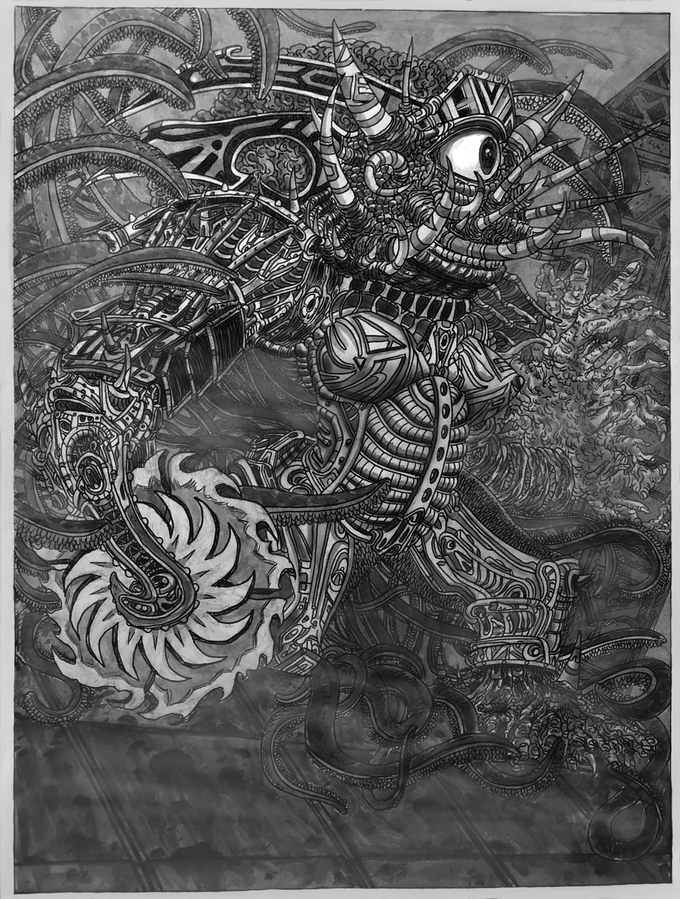 Terror of the Stratosfiend is a new zine from Orbital Intelligence that explores a world where portals have been opening around the globe, with strange, alien creatures stepping through to challenge the reality people have known. What’s more, it turns out that some of the humans that you’ve known all your life were actually some of these aliens in disguise. Terror of the Stratosfiend is meant to be used either as a stand-alone campaign setting, or as an addition to your already existing campaign, adding what they call “a splash of tentacles” to your game.

Here’s what is promised in the first issue:

Introducing some new bestiary entries that go bump in the night: 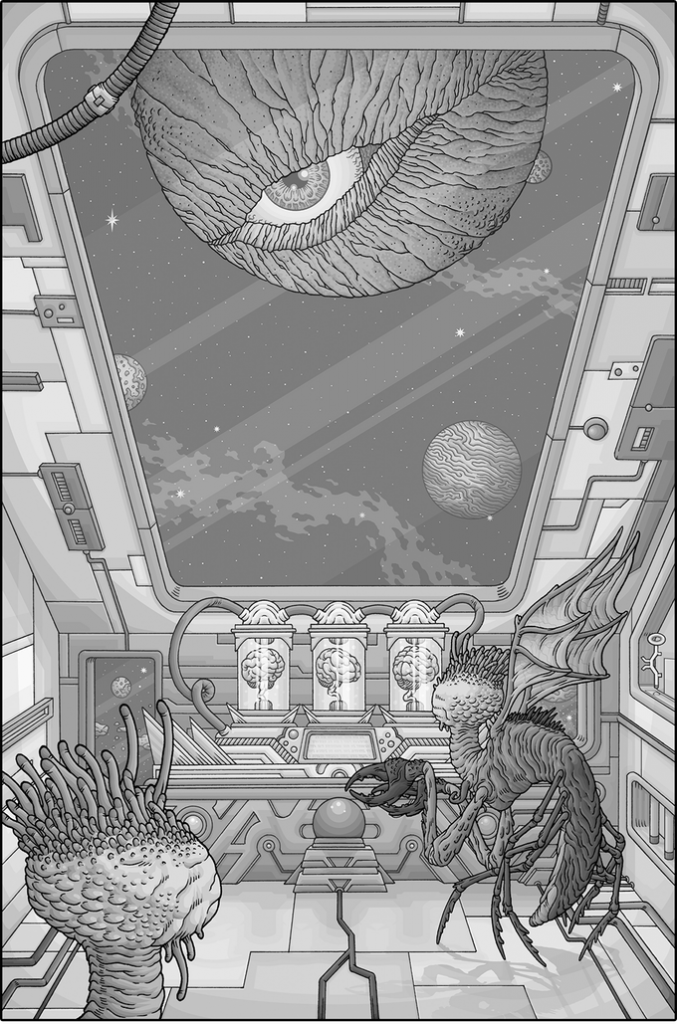 On the other end of the spectrum lives Ghostlike Crime. This new zine by Kane Cathain presents a world of shadows and conspiracy, with the PCs being a few of the few who know the truth: the world is home to monsters and magic unlike anything people understand.

Here’s a description from the Kickstarter:

The adventurers are monster hunters and defenders of humanity from paranormal threats. They are not a part of any government program, but an autonomous and clandestine group that also works to keep power out of the hands of oppressors. They are the nail that sticks up. This parallel reality is a dystopia where magic exists, but open practitioners are unheard of. Wealth hoards power and these usurpers who cannot wield it enslave those who do. Ghostlike Crime is set up to be as grim or gonzo as you like.

This is what the first issue will include:

Both of these zines offer a wildly different take on your campaign, and both promise some exciting concepts. And they both have already met their initial goals, so you know they will be heading your way soon!

Dungeon Crawl Classics has a great tradition of fan-made zines expanding on the concepts of the game, and we love to promote and encourage this level of creativity. If you want to explore the world of the DCC Zine, be sure to check out our Brief History of DCC Zines as well as the Best Selling DCC Zines of 2018 to see what others have already created.

And head on over to show your love and support for both Ghostlike Crime and Terror of the Stratosfiend today!