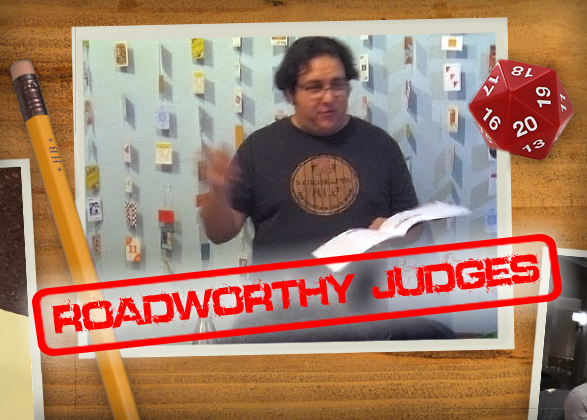 The power of patience shines through with our latest Roadworthy member. A personal passion paid off and led to a group that spawned multiple Judges. Today we present to you Judge Mario Garcia! 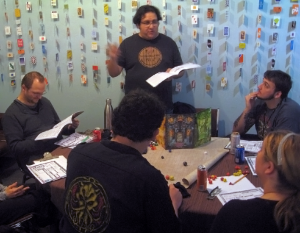 My name is Mario Garcia and I live in Eugene, OR.

I first discovered DCC in 2013 when I picked up the full rules book on Free RPG Day. I also played the Imperishable Sorceress that day, too. I was hooked immediately by the rules light approach to the game. When I got home and read the book the artwork and magic systems made my journey to the dark side complete.

I think I ran about 15 games in 2017 right after we moved to Eugene from San Diego. I found a local game store with some table space to let us play. The first month or two I actually didn’t get to run any games because there were no players, but every week there I was with all my gear ready to run, and by September there was enough buzz at the store for the regular game to really take off.

In 2018 I have also run about 15 games. Some of the players wanted to try their had at the Judge’s seat. I ran for a couple months and let them take the reins. Now I’m back and we are doing a mix of MCC and DCC. 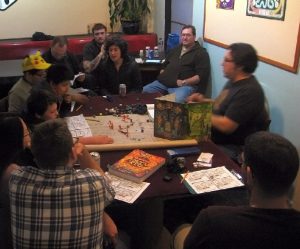 On February 22nd of this year I had a 10 player funnel, and it was an epic night. I ran Portal Under the Stars with 40 characters and only 15 survivors.

I run at Funagain Games on Willamette St. in Eugene, Oregon on Thursday nights.

What is your highest death toll in one single adventure?

It would have to be that night I ran Portal Under the Stars with 10 players. There were 25 kills in one night. It was glorious.

Don’t give up. Even if a game does not pick up right away, just post the game times and show up. You may sit by yourself reading adventures for a couple months, but eventually a good group will appear.