The Demon Skull Is Back!

Home » Latest News » The Demon Skull Is Back! 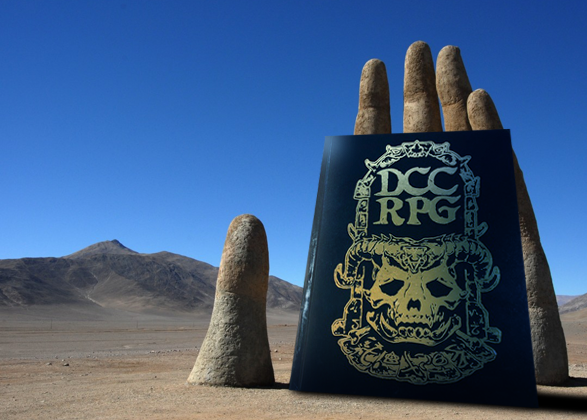 For many, it is the archetypal image representing not just Dungeon Crawl Classics, but Goodman Games as a whole. And now it’s back on the book that made it famous. 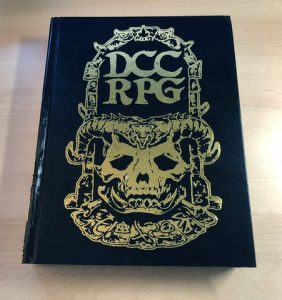 Of course we are talking about the Demon Skull image that graced the 1st printing of DCC RPG, and it is back in a new edition for the 7th printing of the hardcover. As a part of the DCC Annual (and other forbidden tomes) Kickstarter we are creating another edition of the Demon Skull cover. Unlike the original printing, this one will not be gold-on-black, but rather gold on another color of faux leather (brown or burgundy—it’s still undecided) to make it easily distinguished from the first printing.

To get in on this deal you need to back the current Kickstarter, though! There is less than two weeks left in the campaign, which features not only the new 7th printing of the Dungeon Crawl Classics hardcover, but also the nigh-infamous DCC Annual and the new version of The Chained Coffin—now in hardcover format! There are some other really amazing covers of all those books that you can pledge for as well—including a gorgeous new version of DCC RPG featuring artwork by Sanjulian. We like to offer options!

Oh, and did we mention that the stretch goals now include a free adventure for every book sold? And it’s heading towards some other great goals as well, including satin bookmarks, posters, and maybe even another free adventure. It just depends on how things go for the next ten days.

So head on over to the Kickstarter now and get involved. This might be the last chance to get the DCC Demon Skull back where it began—on the cover of the hardcover!