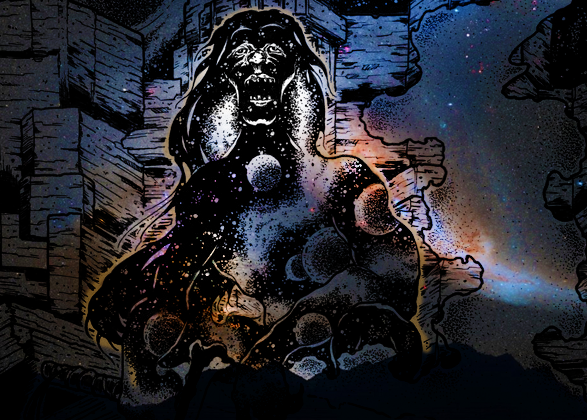 It’s not a dream. It’s not an imaginary adventure. This is a real book, with a real Kickstarter. It is…Phantasmagoria.

The Phantasmagoria Kickstarter is entering it’s final hours, so if you were considering backing this new zine for Dungeon Crawl Classics, time is running out! Phantasmagoria is a science-fantasy zine, with the first issue packed full of content.

Here’s what you can expect from the debut issue:

And additional material for playing in a science fantasy setting:

For more information, check out the recent profile of the upcoming Phantasmagoria zine, and more specifically the man behind it, Chance Philips.

And be sure to head over to Kickstarter and give Phantasmagoria some support!

Phantasmagoria is being produced under the open gaming license for Dungeon Crawl Classics, and is not a product created by Goodman Games.