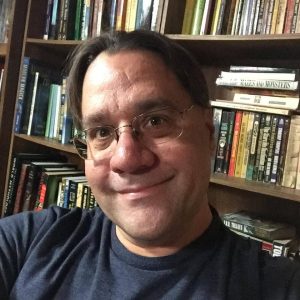 Night lay upon North America, and Mars rode close to its sister world. The Martian Vizier had informed his Warlord that the subject would be asleep, but it was not so. Perhaps with some deadline yet to be met, Michael Curtis was both awake and (apparently) prepared for the contact. The Vizier appeared before the writer, almost as though he were standing there. Only faintly could one see through his embroidered robes.

“Hold on, Vizier. My English-to-Barsoomian translation machine is acting up.” WHAM-WHAM-WHAM! “There, that should fix it. That’s the last time I buy anything from Northwest Smith. Okay, Vizier, lay your questions on me.”

“Fear not,” the Vizier said with a smile. “I speak your English tongue fluently.”

How did you get into gaming?

Poor life decisions. No, I kid. I was indoctrinated into the curious hobby of role-playing games around Christmas of 1980. As a young lad of eight years-old, I was visiting relatives for the holidays. One rainy day, when we were trapped indoors, my cousin, Matt, asked me if I wanted to play a game. When I agreed, he pulled out a bunch of papers along with this book with a blue-and-white cover of a dragon (the Holmes Basic D&D rulebook) and some dice. I was promptly handed an entire party of adventurers to play and sent into the dungeon. As a result, I don’t have a “My First Character Was…” story. My first character was an entire party! It’s little wonder that I’ve largely been a game master for the majority of my gaming career. I got used to handling lots of characters at once from Day One.

After we got home, I asked my mom to buy me the game, but she couldn’t find it. Eventually, later that year, she found the Moldvay Basic D&D set and bought it for me. And, thirty-some years later, here we are.

You have written two adventures based on the works of Lord Dunsany, created the Shudder Mountains setting, and are responsible for the DCC Lankhmar boxed set. What is your process like when working with these Appendix N sources?

Lots of reading and note-taking. If I know I’m going to be developing an adventure inspired by the writings of a particular Appendix N author, I first go back and re-read some of the work before I begin the actual adventure design phase. I’m not looking to steal ideas outright (usually), but rather get a sense of that author’s tone and vocabulary. I keep a composition notebook beside me as I read and I’ll jot down descriptive phrases or words the author uses, along with the first few adventure ideas that come to mind. Sometimes I find a concept or detail that the author touches upon briefly in a story but never fully develops. Those make perfect leaping off points for building adventures around. 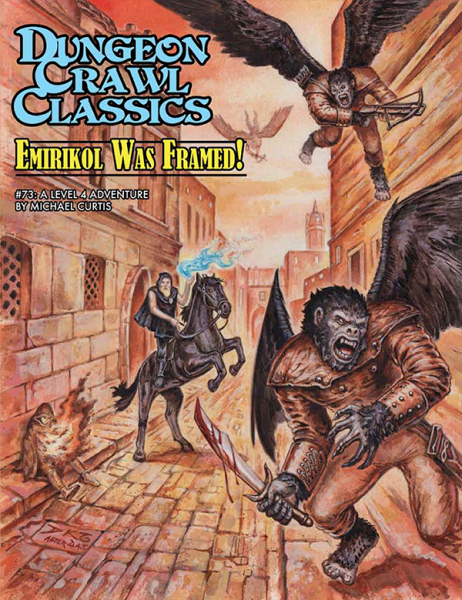 After I finish re-reading and taking notes, that when I start brainstorming, using either an idea that came to me while I was reading or by turning plotlines over in my head. I seldom begin with a map, but instead try and find a hook to hang the plot on and then figure out how the party might be drawn into that. Once I have that, the rest of the adventure falls into place if I’m lucky.

Depending on my mood, I might include direct call-backs to the source material (the title to “The Queen of Elfland’s Son” is an obvious riff on Dunsany’s novel, The King of Elfland’s Daughter, for example) or be a bit more subtle. Emirkol was Framed! has an Easter egg that no one ever picked up on. It’s not an Appendix N shout-out, but it is a subtle reference to another story told through the cinematic arts.

How does this process differ from your other work?

I have less to re-read when working on projects not directly or indirectly connected to a certain author or setting for one. Instead, I get to choose my milieu and approach it how I want to. There’s no fears about getting the tone or the language correct. I just have to make sure it’s good and hopefully can be identified as a Michael Curtis adventure. Which usually means somebody will get transformed into something else, cannibals with show up, or some flowery language sneaks in.

When developing something on my own, I might start with a map or I might not. I have no real set method for my personal creative process, although I do keep a commonplace book where ideas go to live until I’m ready to get around to them. Some of those ideas have died from starvation they’ve been in there so long.

What advice would you give to an aspiring Judge?

Use your everything! You are the conduit between the game world and the players so you need more than just a good grasp of the rules. I’ve had so many bad judges, game masters, DMs, and what-have-you who just sat behind their screen and blandly recited boxed text. I’ve got a good imagination, but you’ve got to give me something to work with.

When I run games, I use my whole body. I’ll do funny voices, adjust my posture, push my glasses down my nose, use a physical attribute of the room where playing in (“See that door? The monster would have to duck to get through it. That’s how tall it is.”), etc. to describe the world. When I’m running games in public venues, I also stand to make it easier for me to get around the table and help out players. And, by towering over them, they know who the boss is!

Also, never be afraid to let the players do some of the creative heavy lifting. In my home games, I regularly ask my players to describe the NPC they just met or tell me what the ancient ruins look like or otherwise co-design the game world. I have veto power, but I seldom use it, preferring instead to suggest tweaks to the player’s ideas. By sharing design duties with the players, I’m constantly surprised by the campaign world and it keeps me both on my toes and the players invested in the game.

How about an aspiring adventure writer?

Get your work out there. It’s easier than ever to put your ideas in view of the public eye and there’s far fewer gatekeepers between you and the professionals. Of course, this is also a drawback because there’s now so much stuff out there that it’s easy to get lost in the crowd. If you’re looking to write for a specific game, do your research and find out if those games offer opportunities to get your work in front of other fans of that game. Wizards and Chaosium and other RPG companies have their outlets like DMs Guild or Call of Cthulhu’s community-created section on Drive-thru RPG, and other games have any number of fan-run forums, ‘zines, and other outlets for creative works. Submit stiff to these. You’ll get feedback whether you like it or not. There’s no one true way of breaking into the industry, but no publisher is going to come to your house and ask to see your stuff.

Also, and I mean this sincerely, get comfortable with poverty if you want to do this full-time.

Can you tell us anything about upcoming projects?

I have a slew of overdue DCC projects I need to get caught up on now that phase one of DCC Lankhmar is finished. In some cases, this means having to go back and remember where I was on them a couple years ago. There’s one or two other things I’m attached to, but those haven’t been announced. And then there’s the next phase of DCC Lankhmar….

Thank you for your time!

You’re welcome, Vizier. Put in a good word for my planet with the Warlord, will you? I’m kind of partial to it.

The Vizier bowed low, and faded from sight.

“What did he mean, Barsoomian?” said the Warlord where he sat listening.

The Vizier smiled. “Literature and metaphysics are often the same thing. He thought I visited from another planar vibration of our world…One not so far removed from our own.” He paused. “I wonder if the people of his world know how much their literature, and now their games, have occupied our time? By amusing us, they keep their world safe.”

If you enjoyed this interview, be sure to check out some of Michael Curtis’ great work with Goodman Games! All available at your FLGS and in our Online Store! 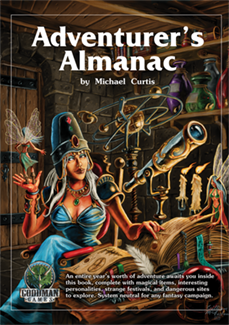 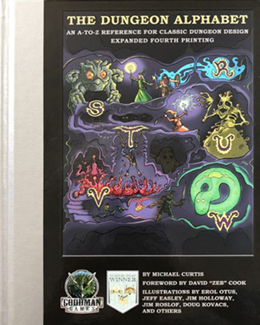 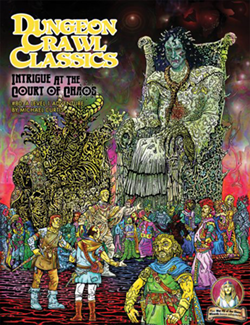 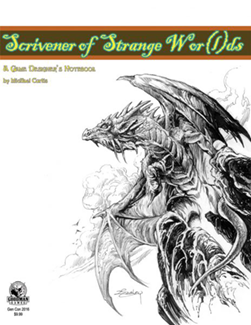 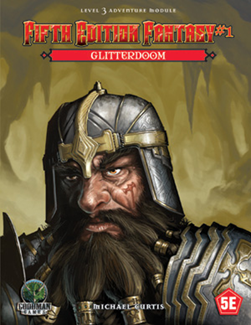 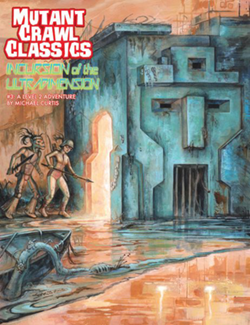