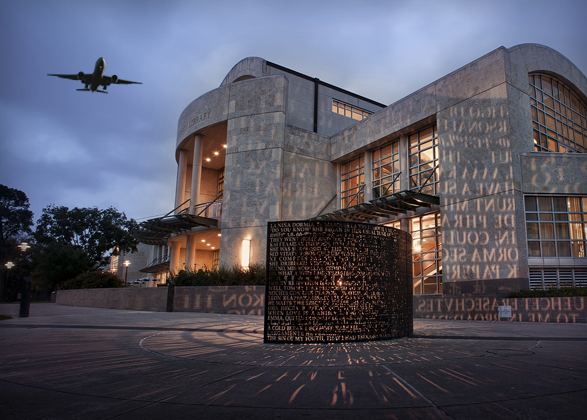 One of the more interesting stretch goals of our Lankhmar Kickstarter was the idea of Michael Curtis spending time with The Fritz Leiber Papers at The University of Houston. Sounds crazy, right? Well, you guys were just crazy enough to do it….

Michael Curtis is heading to Houston! Everything is arranged with the library, and the diligent Mr. Curtis will be there all of next week, poking through all of Leiber’s personal notes and papers, delving deep into parts of Lankhmar that have never been explored. That’s the truth. Despite all of the adaptations and material that other game companies have put out on Lankhmar, no one has ever been granted access like this before. No gaming company has seen the material Michael is on his way to explore—not even TSR.

The Fritz Leiber Papers is comprised of correspondence, writings, original manuscripts, photographs, and even the author’s sword collection, all of which were donated to The University of Houston Libraries by Fritz and Justin Leiber during a period between 1984 to 1997, and spans 30 linear feet of shelf space. The collection documents Leiber’s life and works from the years 1930 to 1996.

While he is already putting the final touches on the core Dungeon Crawl Classics: Lankhmar boxed setting itself, Michael is itching to get into this material to see what might lie there. And what will come of it? We have NO IDEA. No one does. This is, again, unexplored territory. That’s what makes this trip so exciting. Michael is getting to see what precious few have ever had access to before, and he is going in with an open, hungry mind. And a hungry Michael is a dangerous Michael—in the very best way!

And if you happen to live in the Houston area and want to recommend a great store for Michael Curtis to visit, let us know! If he gets the time, he might just make a cameo.

Check back soon for more updates on this Real Life Adventure as it unfolds….