The Fine Art of the Role Playing

Home » Latest News » The Fine Art of the Role Playing 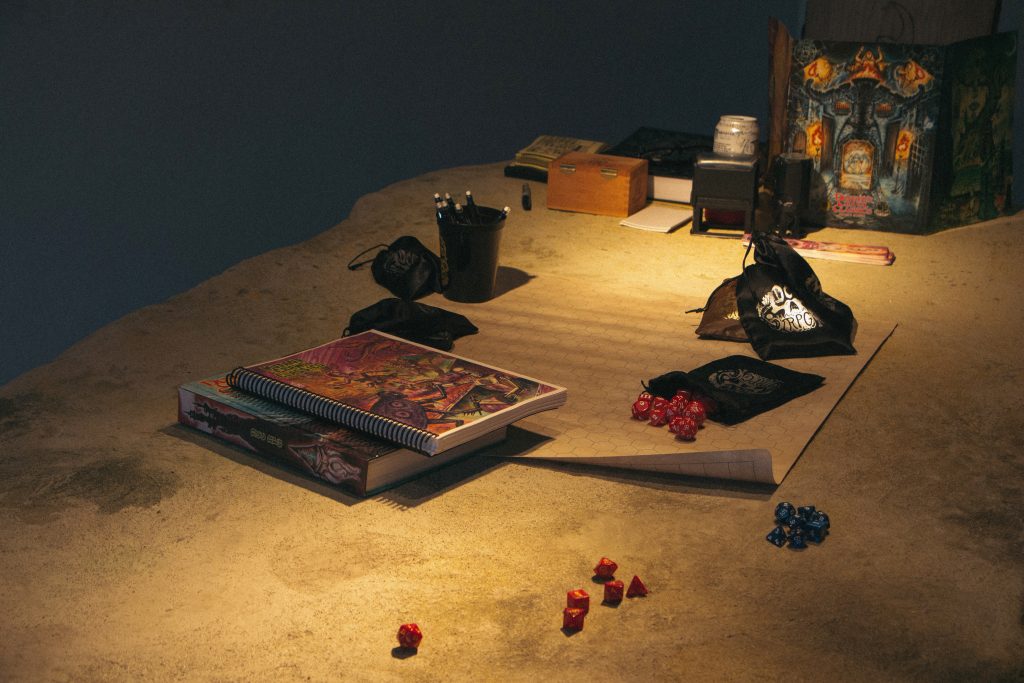 The Fine Art of the Role Playing
by Jim Wampler

On Saturday, October 21, I was invited to participate in a singular experience that was part art installation, part performance art, and part role playing game.

The American Fantasy Classics art show was comprised of a sculptural medieval stone stone table and accompanying carved wooden seats, all staged in a gallery space and specifically created to serve as a venue for a role playing game session. In fact, the exhibit itself is only activated by the actual act of a live game taking place in the gallery space. That’s where I came into the mix.

By coincidence, Oliver Sweet is also an RPG player, a huge fan of Dungeon Crawl Classics, and was a backer of the Mutant Crawl Classics kickstarter. When the planned exhibit found a home in a Cincinnati art gallery, Oliver encouraged gallery owners Eli Walker and Kelly Kroener to contact me to solicit my participation in the art show opening.

As surprised as I was by the invitation from a group of fine artists to run a role playing game in an art gallery, I think the artists involved were equally shocked to discover that I am also a painter and sculptor who has exhibited in and helped run art galleries myself. It was, as they say, kismet.

The art show opening was an experience that I will treasure for the rest of my life. The instigator of all of this, Oliver Sweet, unfortunately could not make it in to the opening from California, so that left me running a session of DCC RPG in the art space for all-new players who were completely unfamiliar with tabletop RPGs. Over the course of the opening night, I ran Harley Stroh’s iconic Sailors on the Starless Sea for a revolving set of 15 or so players that included other artists, art patrons, and gallery visitors.

Besides an evening of massive fun, the event was a rare opportunity for me to personally connect two previously unconnected areas of my life — fine art and gaming. If anything, this art opening also proved the universal appeal and convivial social dynamics of tabletop role playing games. Within an hour there were complete strangers — both to me and to tabletop RPGs — figuring out optimal marching orders, rolling dice with shouted appeals to the gods for luck, and debating the distribution of looted treasure. By the end of the evening, everyone at that sculpted medieval stone table felt like an old gaming pro. At the request of Eli and Kelly I left behind a DCC RPG rule book, judge’s screen, six sets of weird dice, and a stack of character sheets so that they could continue to “activate” the art exhibit for the rest of the show’s run.

If you are local to the Cincinnati area and in the mood to feed both your artistic soul and your spirit of fun, you should stop by and help activate this intriguing art exhibit! 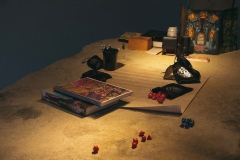 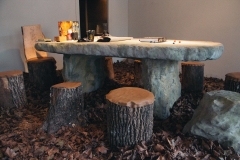 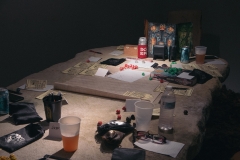 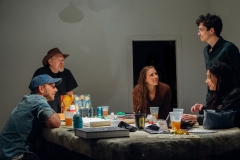 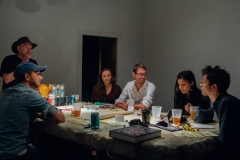 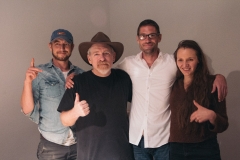