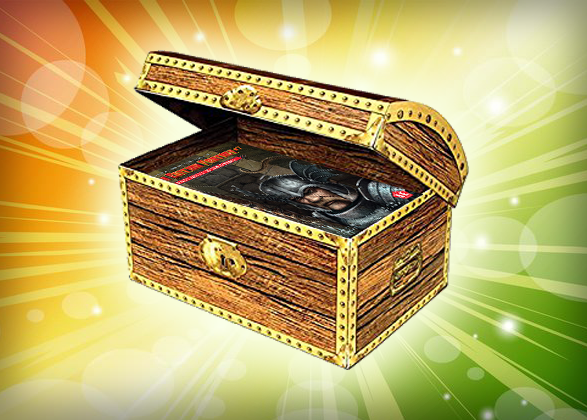 At Gen Con, Goodman Games announced several new projects, including the Friendly Neighborhood Game Box. This RPG-oriented subscription service will focus on 5E products and is scheduled to go live in 2018!

The FLGB will launch with a quarterly model. Each installment will be shipped in a “crate” format containing a number of items of interest to 5E gamers. Adventure modules, sourcebooks, and other products will all be included. The contents will of course be representative of the Goodman Games line of adventures, but will also include 5E products from other publishers.

Goodman Games has already published a number of 5E titles. Our existing Fifth Edition Fantasy line has nearly a dozen titles, and more will be announced to fill the ranks of FLGB. Goodman Games has an arrangement with Wizards of the Coast to reprint classic adventure modules, including B1: In Search of the Unknown and B2: The Keep on the Borderlands.

Licensed properties are already part of the Goodman Games product lines, and many of these licenses are not system-specific. FLGB subscribers can expect to see 5E adaptations of the works of Fritz Leiber’s Lankhmar, as well as Jack Vance’s Dying Earth, both of which are licenses previously announced by Goodman Games. Future licenses, including the not-yet-announced “third Appendix N license” procured by Goodman Games, will also be eligible for 5E conversions.

The FLGB crate will also be available through distributors so that brick-and-mortar retailers can also offer subscriptions to their customers. Retailers and direct customers will receive the same MSRP (and retail subscribers will only have to pay the shipping charged by their local store, if any).

5E fans can look for more details on the Friendly Local Game Box later this year!