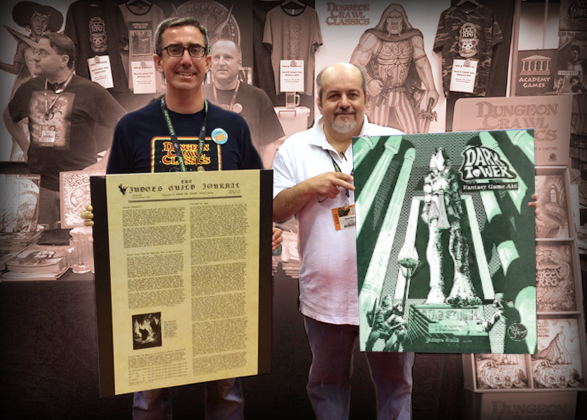 At Gen Con, Goodman Games announced several new projects, including Volume 2 of the Judges Guild Deluxe Collector’s Edition. This second volume is slated for late 2018 release and will focus on the Judges Guild works of Jennell Jaquays!

Jaquays was a key contributor to Judges Guild in its early years. She founded The Dungeoneer, the early D&D-focused magazine that was later absorbed into the Judges Guild portfolio. Once with Judges Guild, Jaquays authored and illustrated many famous adventures, including Dark Tower, Caverns of Thracia, and Book of Treasure Maps.

Volume 2 of the Judges Guild Deluxe Collector’s Edition will include high-resolution restored scans of the original publications of Dark Tower, Caverns of Thracia, and Book of Treasure Maps, along with the issues of the Judges Guild Journal that shipped with their release. 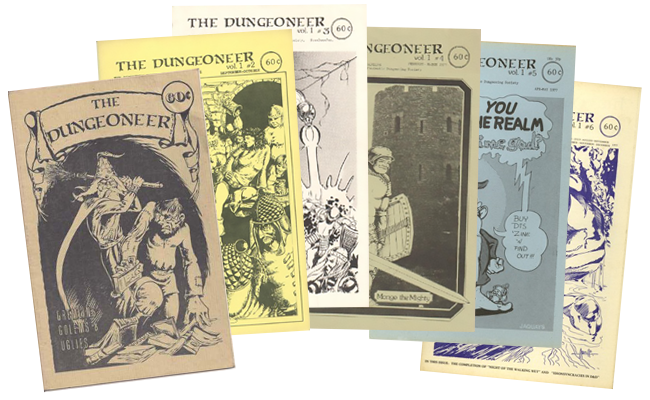 It will also contain the first six issues of The Dungeoneer. As with the previous volume, it will also contain collectible memorabilia from the personal collections of Jaquays and Bob Bledsaw, Jr. of the Judges Guild. These include personal recollections, photos of their time with (and before) the Guild, insights and observations from modern designers, a selection of art work, original drafts and notes from early play sessions, and more.

Like volume 1 in the series, volume 2 will be oversized in order to best present the original Judges Guild Journals at their original size. This format also allows for enlargements where it makes sense. The oversized format of the Judges Guild Deluxe Collector’s Edition Vol.1 was very popular for volume 1, and Goodman Games continues to receive requests to expand the line. 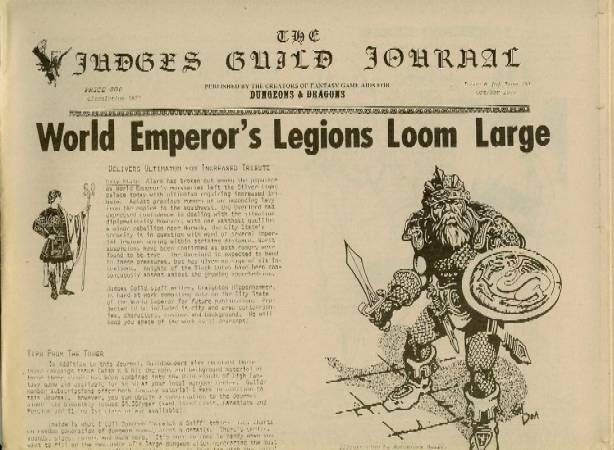 At Gen Con, Bob Bledsaw, Jr. joined Joseph Goodman to announce the new product at the annual “What’s New With Goodman Games” seminar. The announcement was well received and we all look forward to showing the public all the great things to be found in volume 2 of this series!