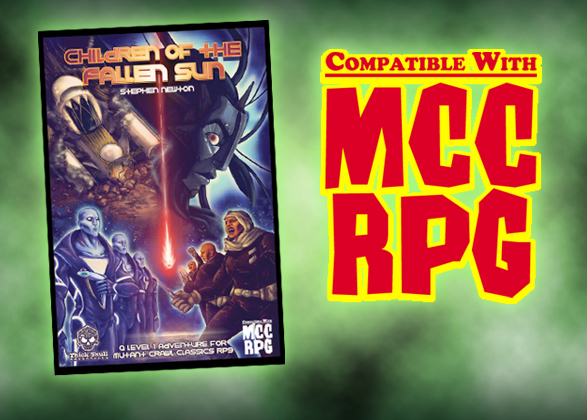 Mutant Crawl Classics hasn’t even come out yet, but there are already Third Party Publishers ready to get you their own take on our upcoming game!

Stephen Newton’s Thick Skull Publishing has announced the upcoming Children of the Fallen Sun book. (I’m sure Billy Thorpe would have played it! Look it up….) This is not an official release from Goodman Games, but it is produced using our previously announced MCC 3PP License! And it’s not too late to join in. We’re always looking for talented creators to share their visions using the MCC rules! 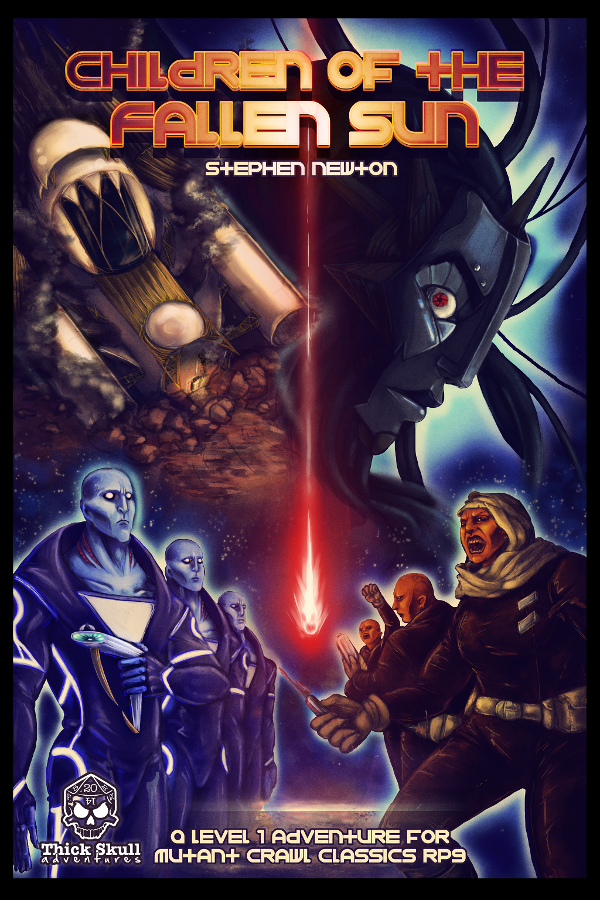 From the back cover: “The star fell from the heavens far above, its long red tail ripping the sky like a bloody, dripping wound. All eyes of the tribe—mutant, manimal, and plantient alike—were transfixed by the resulting explosion seen far off in the horizon.

Some proclaim this is the Second Death, foretold within the Ancient Prophecy. But one venerable sentient redwood recognizes it as the Sky Ark of the Ancients, whose mysteries must be explored before they can be exploited by the tribe’s enemies. What perils and mysteries will lay within the Sky Ark? Only the heartiest of your species have a chance of surviving the dangers that accompany the arcane ancient technology developed by the Children of the Fallen Sun.”

Children of the Fallen Sun is a Mutant Crawl Classics Role Playing Game adventure designed for 5 or 6 1st level characters. Look for more information about it and other Third Party Publisher releases at a future date.