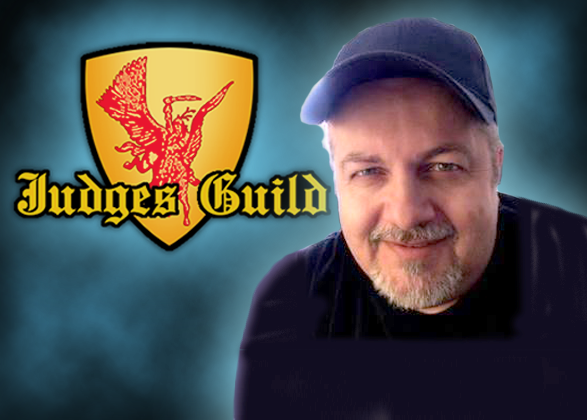 At North Texas RPG Convention just a few weeks back, Mr. Bob Bledsaw Jr. took time out to speak to the attending fans. In case you aren’t in the know, Bob Bledsaw Jr. was there on the ground floor when his Father Bob Bledsaw Sr. and Bill Owen founded Judge’s Guild. Even as a young man, Bob Jr. contributed to famed products like City State of the Invincible Overlord. He even created the “flying turkey” logo used to this day. And on top of all that, Bob is an amazing font of knowledge and can tell some of the best stories about the industry you can imagine. The best news is that his interview was recorded by the fine folks over at Save For Half!

We here at Goodman Games have adopted many of the same strategies as Judge’s Guild, so we feel we owe Mr. Bledsaw a huge thanks, personally. (Plus, from the right angle, he and Jim Wampler look a lot alike, so we have that to thank him for too, we suppose….) He and his peers helped to give us a job that we not only love, but are proud to be a part of today. So, go listen to Bob Bledsaw Jr. impart some wisdom!