No spellcaster’s bookshelf is complete without one 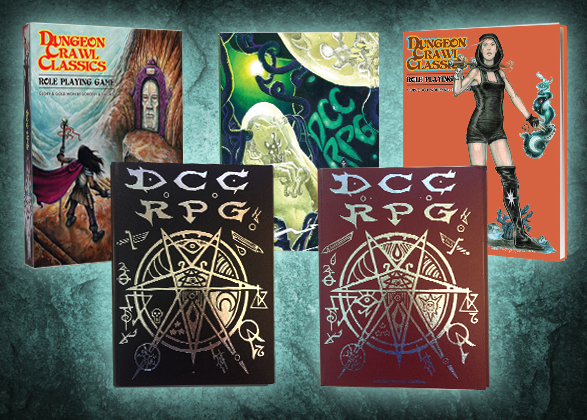 DCC RPG 4th printing is now in stores! The new 4th printing edition includes many mighty upgrades over prior printings: sewn-in ribbon bookmarks, two fold-out reference panels in the very back, plus a lot of great new art and minor errata. But that’s not all, dungeon denizens! The 4th printing of DCC RPG now comes with FIVE cover art options sure to make the sturdiest of bookcases bow! You can get your DCC rulebook with the original cover art, a fantastic Peter Mullen cover, a slipcased Peter Mullen edition, the silver foil faux leather edition, and a limited-edition real leather cover that includes a tipped-in author signature page.

And if you’re brand new to DCC RPG, or just missed out on earlier classic adventures, we’re shipping a whole slew of classic DCC RPG adventures (and a brand new one) to game stores — because you, the discerning dungeon delver demanded it! 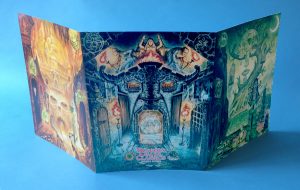 The DCC Judge’s Screen is now in stores! Three panels with all the reference tables you need, plus an amazing Doug Kovacs panorama image. Originally released only on Free RPG Day 2015, it is now available to the general public. If you don’t already have one, that means you!

DCC #89: Chaos Rising is finally in stores! In both color cover edition and sketch cover edition.
This compilation collects seven DCC adventures previously published in hard-to-find other editions. Each short adventure is suitable for a single session. Collectively they provide adventures for characters up to 5th level! 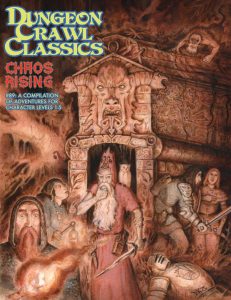 The compendious collection includes these adventures: 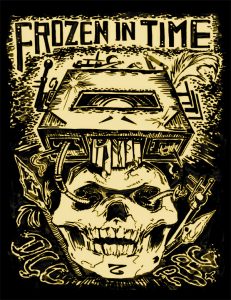 And finally, we’ve done a new gold foil cover for Frozen in Time. This terrific low-level module is a great adventure, and everyone should play it – in the cover of their choice!

All these great products and more await you at a Goodman Games Retailer or in our online store.