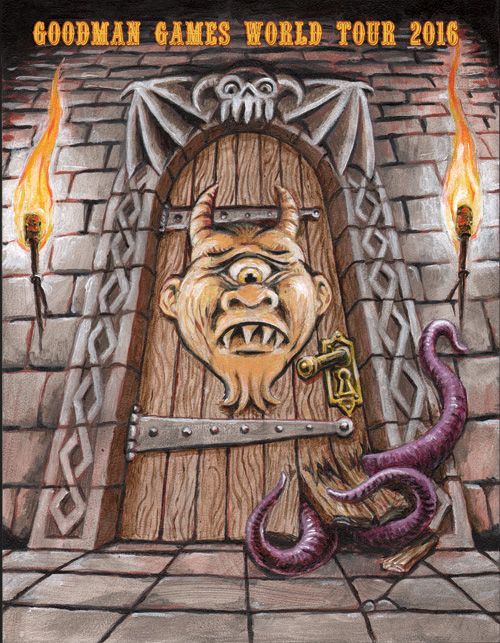 It’s time to start earning your swag! The Goodman Games 2016 World Tour is now officially up and running! Run games for any of the Goodman Games product lines and get cool stuff like bookmarks, dice, dice bags, character sheet pads, the coveted belt buckle, and so much more!

Allow us to re-introduce ourselves: World Tour 2016!

Once again Dungeon Crawl Classics calls to the faithful to once again bring 1974 gaming to the masses! Join the Road Crew and help us spread the good news: gaming is awesome again!

Will you join us as in our quest to own the roads and dominate the landscape? Organize, advertize, and judge a game of Dungeon Crawl Classics this year at a public venue. Run your game at a convention, game day event, FLGS event, local watering hole, or school gaming club. Join our Road Crew!

And what’s in it for you, besides your opportunity to ride with us forever through a thousand insane worlds? Swag! That’s right — the more games you run, the more neat stuff we send your way. Plus of course your name joins the other Immortals in the Road Crew.

Ready to run your first game? E-mail us and we’ll get your swag arranged!

New for 2016: New swag as the year goes on! This year’s give-aways will EVOLVE as we add new stuff during the year. Check this page for updates!

Tell Me About The Swag!

Game 1: Get a yellow notepad of 4-up 0-level character sheets, plus an assortment of bookmarks and a spiral notepad for the judge!

Game 3: Get an assortment of “I Survived” and “I Died” buttons for your players, plus a cloisonné pin for the judge! 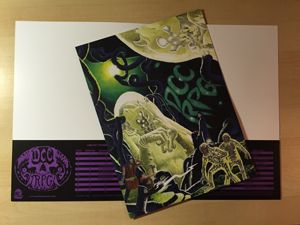 Game 7: Get a stack of mechanical pencils for the players!

Game 9: A special pen just for the judge.

Game 11: Dice bags for all the players! 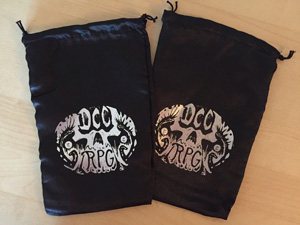 Game 13: Dice for the players…and a real leather dice bag for the judge! 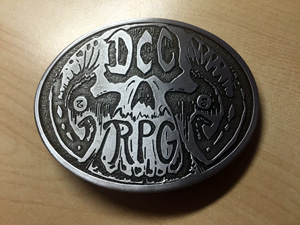 Special Swag – Convention Games: If you’re running a game, make sure tell us so we can send you the special convention swag – badge ribbons for all occasions! 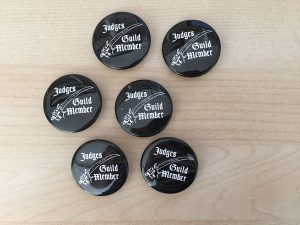 Special Swag – 2015 Consolation Prize: Did you run a lot of games in 2015, and didn’t get any swag? That’s because we ran out. Our bad! We’ve produced a very special DCC beer stein as a “thank-you” for 2015 participants. Contact us if you deserve one! 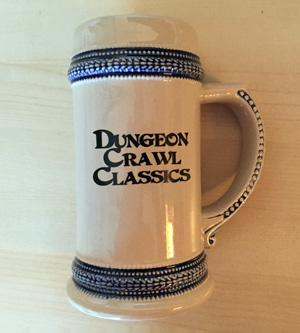 Special Swag – The T-Shirt: In years past we used a T-shirt as one of the swag tiers, but we’ve discovered that many players would prefer to be able to buy one. That lets you show participation early (rather than waiting until you earn the shirt) and also lets both players and judges participate. Therefore we are now offering the T-shirts for sale for $25. Order yours today in the online store! 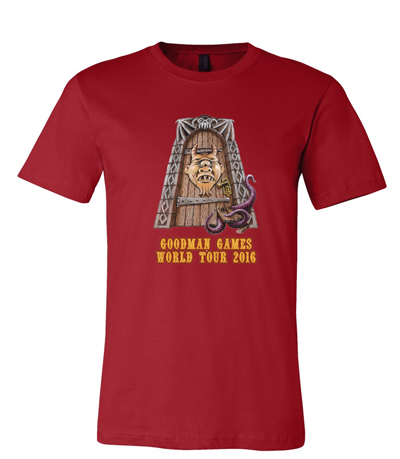