Our very own “Taco” Jon Hershberger represented Goodman Games at Quivira Scout Ranch this past weekend for ScoutCon 2019. This was our third year for ScoutCon and it was bigger and better than ever!

Dungeon Crawl Classics was again a major part of the show. “Taco” ran a two-session-spanning event using Sailors on The Starless Sea and numerous 0-level PCs, followed by a Saturday afternoon running of Frozen in Time for the surviving characters.

In addition, D&D 5E saw some play, as well as multitudes of boardgames and cardgames.

The chess tournament drew over two dozen participants, and the Rubik’s Cube tournament drew almost as many. Plus, the con had a Settlers of Catan tournament to see which Scout was best at managing resources.

In all, there were nearly 200 games in the games library that scouts could check out to play.

Each attendee received a swag bag that contained a 2019 Gongfarmer’s Almanac, a copy of the DCC RPG quick-start rules, a black and gold d8, and a mini graph/hex pad (courtesy of one of our third-party partners, Black Blade Publishing).

While we don’t have a firm breakdown, by our estimation roughly 30% of the attendees were female, thanks to the new BSA policy of allowing girls into the BSA organization. Some were from blended troops while others were members of newly-formed all-girl troops.

With group meals taking up a fair amount of time, and breaking camp Sunday morning, there were three time slots available for running structured gameplay: Friday evening, Saturday morning, and Saturday afternoon. Then Saturday evening, we had the awards announcements, the Rubik’s Cube context, a cosplay costume contest, and a Dutch oven cookoff.

A huge thanks to The Boy Scouts of America and Quivira Scout Ranch for hosting this fun event. We can’t wait to be back for next year’s Scout Con!

Now let’s look at some pics from the con! 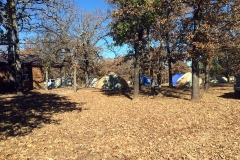 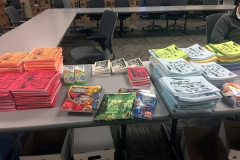 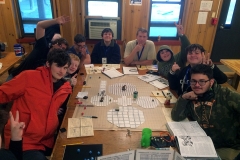 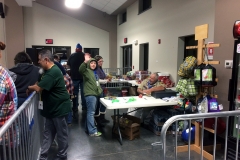 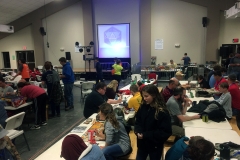 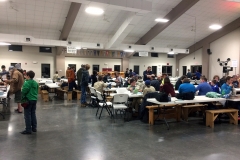 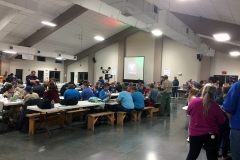 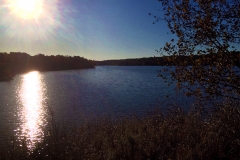