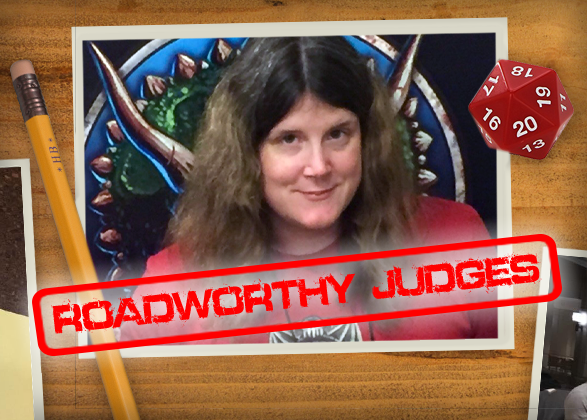 The Road Crew theme for 2019 is Road Trip! We want you to get out there and experience the world. Whether it be in real life or online, you can always explore unknown lands and make new friends. Who knows, maybe we’ll put you up on our website. Jump on into the Road Crew program for your chance!

From the wilds of Wisconsin comes our latest Judge. She’s got her hands deep into the depths of DCC, even to the point of working with our own Brendan LaSalle on upcoming product. Let’s meet Judge Val Emerson! 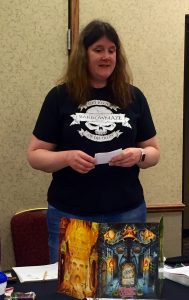 My name is Valerie Emerson and I live in Milwaukee, Wisconsin. I’m lucky enough to live in driving distance of several great gaming conventions. I play with friends when I can and I’m in a gaming group that plays at Game Universe, where we’ve played DCC and MCC as well as other games. Occasionally I play on Roll20 or Google Hangouts. I write science fiction/fantasy and just published the first book of a trilogy with Craig Martelle, Dragon Invasion. I do some game design, and have worked with Brendan LaSalle on Xcrawl Classics. I wrote the 0-level character funnel that will appear in the core book.

My home gaming group tried it once and it didn’t catch on for me. I think that at the time, I just missed the spirit of DCC. A while later I played Sailors on the Starless Sea with Doug Kovacs at Gamehole Con and it was a revelation. I bought the book and we started playing at home. Eventually I started judging games, then got into running at conventions. In the last couple of years I leveled up enough to write my own adventures, which I run at conventions.

As of “right now,” how many Road Crew games have you run in this or past seasons?

In 2019, none so far, but it’s still only January! I’ll be running my Xcrawl Classics funnel, Xcrawl’s Got Talent!, at Gary Con. [Which she did!] 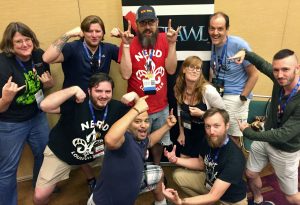 A couple of years ago I ran a game at Gary Con for the first time. Bride of the Black Manse was my go-to convention module at the time, so I used that because I knew it  really well. I wound up with an amazing group of players that dug into all the clues, took a ton of notes, and were super engaged. I was working hard to be heard in that crowded room, and that adventure can be a challenge to run with all its moving parts, so it was incredibly rewarding to see the players having such a great time.

When I run at conventions, I use character sheets with the character’s crit table printed on the back. I also provide “spellbooks” to the spell casters with the spells on their character sheets. That way I don’t have to carry multiple copies of the rulebook around with me, and it speeds things up when it’s time to cast a spell or roll a critical hit.

Have you added to or changed any of the core rules of DCC/MCC, where’d you get them from, and why?

I tend to run games with rules as written. The main exception is that I’m pretty easygoing when it comes to getting spells. If a spell caster ends up with only non-combat spells, or they don’t like the spells they wound up with, I let them swap out spells for more useful ones. 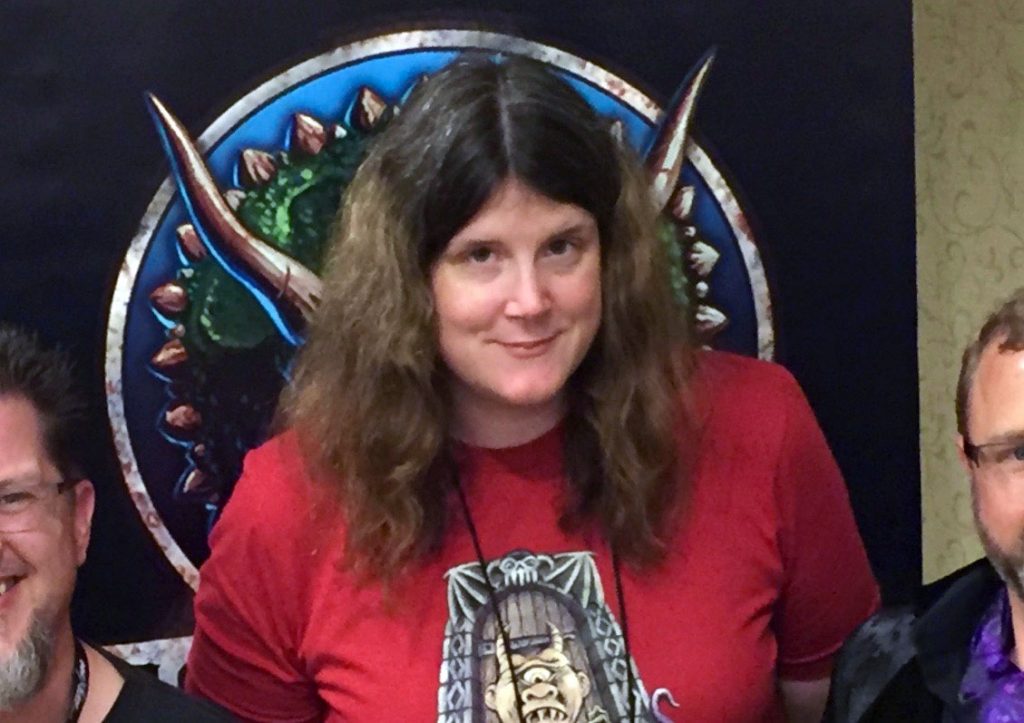