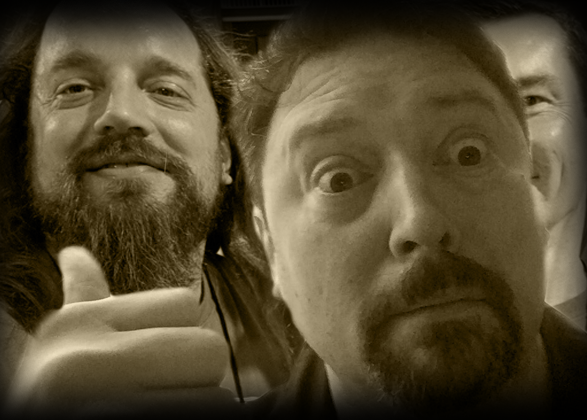 Three shows, one weekend. Goodman Games was split among the midwest this weekend, showing up at Con on the Cob in Cleveland, Ucon in Ypsilanti, and GameholeCon in Madison. Here’s a brief recap from each show!

Con on the Cob

You weren’t in Cleveland this weekend? Well, shucks, you missed Con on the Cob! Also known as “the con organized by Andy Hopp, illustrator of the Random Esoteric Creature Generator, ” CotC featured concerts by 2d6 and Devo Spice, Fairy-oke, some of the best room parties you’ll find at a gaming convention—along with the Mutha of All Marketplaces. Eager gamers were all ears as Dieter fielded questions about DCC RPG and other Goodman products! Of course, corn puns were prevalent all weekend. And in this recap.

Goodman Games had to divide its forces for this popular convention weekend. Brendan LaSalle got sent to his old favorite, U-Con, and had all the fun. Fun and dangerous was around every corner—if it wasn’t murder mysteries under the shadow of cosmic entities, it was clockwork death machines full of commando hamsters. It’s always a good time at U-Con! Thank you so much to all of the organizers for putting together another magical event.

It was another fabulous time in Madison, WI—even with the surprise snowfall! You can tell these were veterans of the weather and hard-core gamers, as a little bit of white on the ground and the bitter cold didn’t hamper the crowd at all. Tons of folks came out to see us at the booth and roll some dice with old friends and new compatriots alike. Brett and Allyson entertained folks at the booth, while Doug Kovacs met with fans and played games late into the night. Kudos and thanks to everyone with the Gamehole staff for putting on such a warm and welcoming show. Oh, and if you get a chance, make sure to ask a staff member if they have any stuffed owlbears left….

Now, let’s look at some pics from the shows! 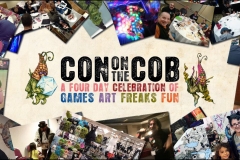 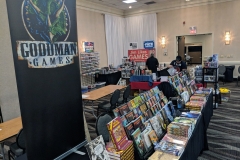 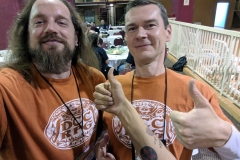 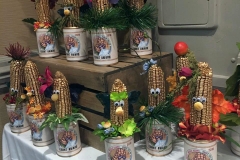 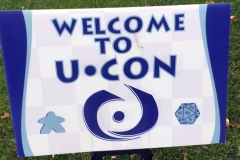 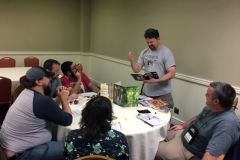 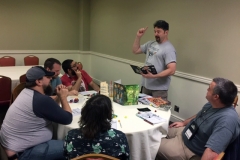 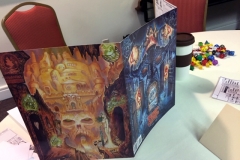 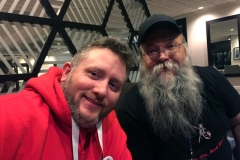 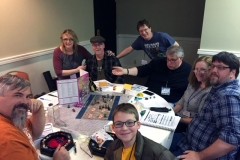 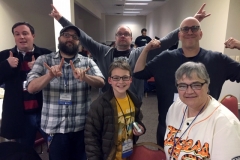 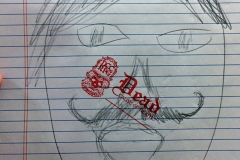 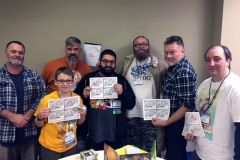 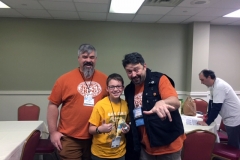 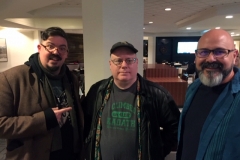 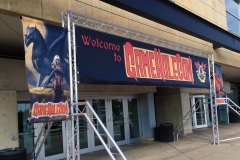 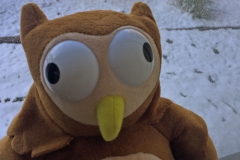