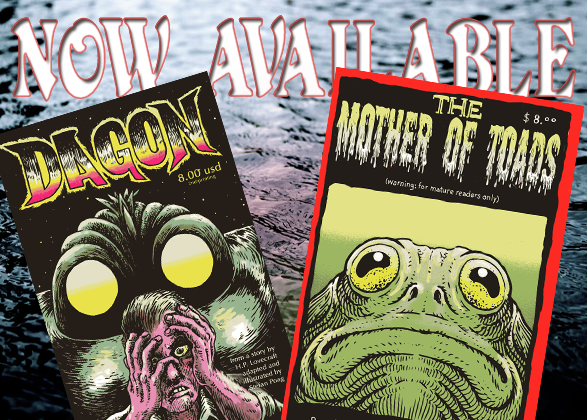 Yes we’re a gaming company, but we’re heavily inspired by the works of Appendix N and great art—and sometimes our interests stray a bit toward those inspirations. Can you blame us?

Today we’ve got two new additions to the online store. We’re happy to announce two mini-comics by Stefan Poag! Many of you will know Stefan’s name from the pages of Dungeon Crawl Classics, where his illustrations regularly appear. You may have even met him at Gen Con at our booth.

Stefan is a fan of Appendix N (like the rest of us) and has recently drawn two mini-comics based on the works of H. P. Lovecraft and Clark Ashton Smith. These are strictly comic books, and do not contain gaming material, but we find them inspirational for our games and we think you will too! Both are horror-themed, which makes Halloween the perfect time to give them a read. Please note that one of them features adult-themed material and is not suitable for children.

And in keeping with the 2018 Halloween theme, don’t forget our latest horror-themed module, The Corpse That Love Built. In fact, we’ve got a whole slew of Halloween-appropriate adventures for you to check out. We even made a post about it a few days ago, so be sure to check them all out! 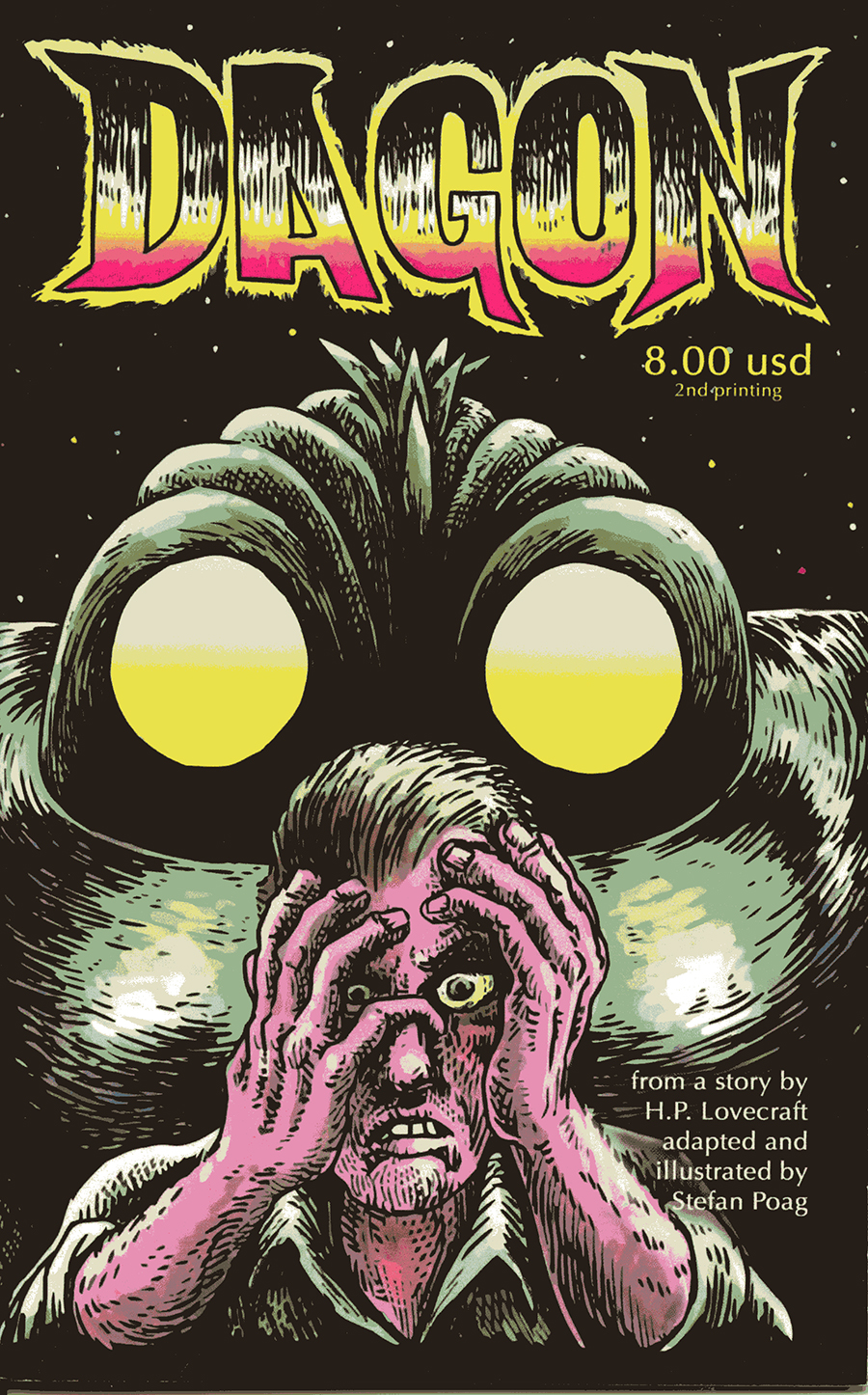 Dagon is a graphic novel by Stefan Poag, based on the short story of the same name by H. P. Lovecraft. The narrator finds himself adrift in the ocean after his ship is sunk by an enemy submarine. He finds his way to an unknown shore where ancient carved stones and an encounter with a terrible creature reveal eldritch secrets and horrors out of the distant past. One of Lovecraft’s first published tales is brought to life in words and pictures.

This is the second printing and includes additional pages not included in the first printing. It is a 24-page, black-and-white, digest-sized graphic novel signed on the back cover by Stefan Poag! 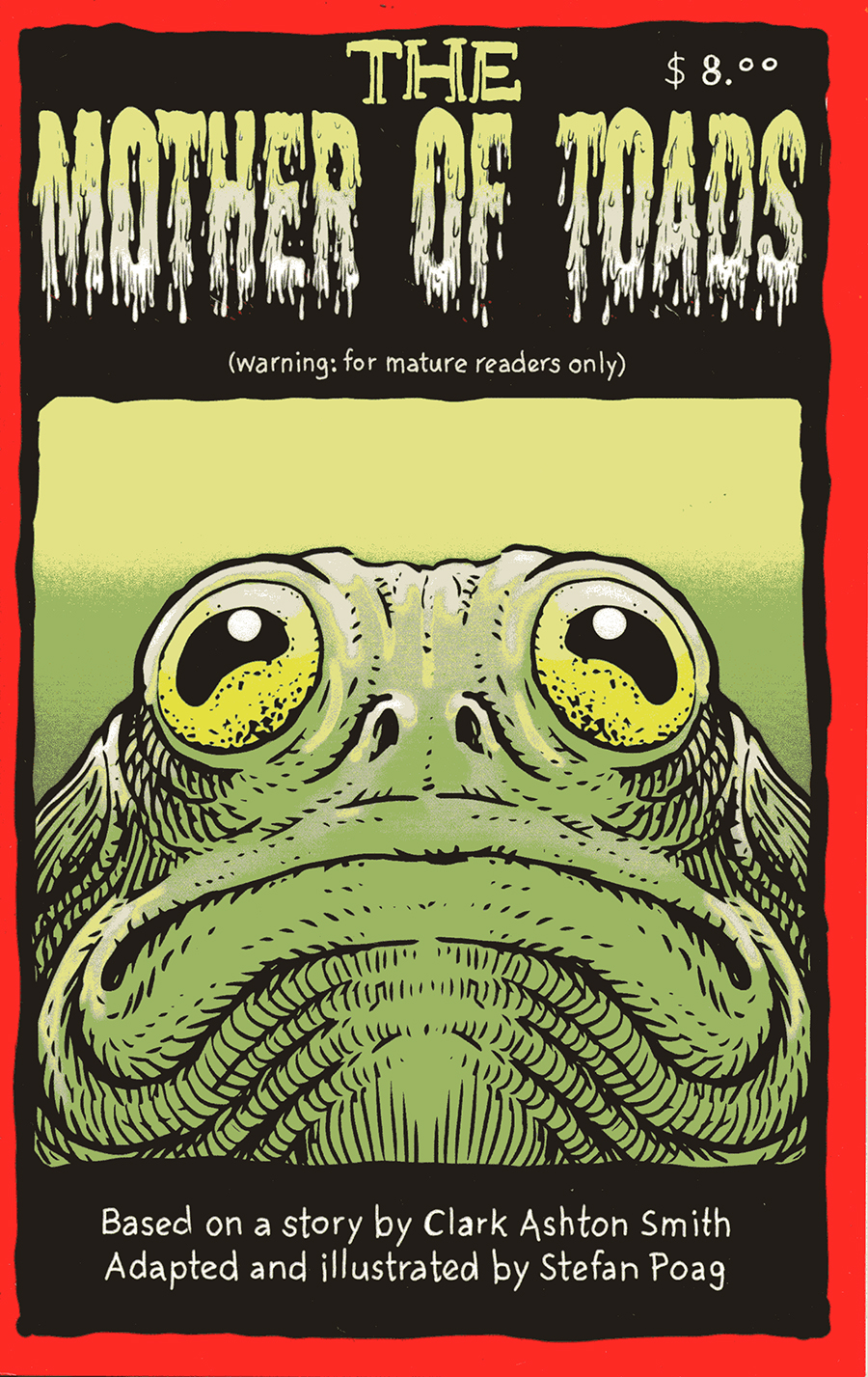 Mother of Toads is a graphic novel adapted and illustrated by Stefan Poag and is based on the short story of the same name by Clark Ashton Smith. Young Pierre is sent on an errand to the house of a mysterious woman known as “The Mother of Toads,” where he discovers that the kindness of strangers often has strings attached.

This book is signed on the back cover by Stefan Poag!

Head on over to the online store to pick up these signed mini-comics today!