Gen Con Announcements: Round One! 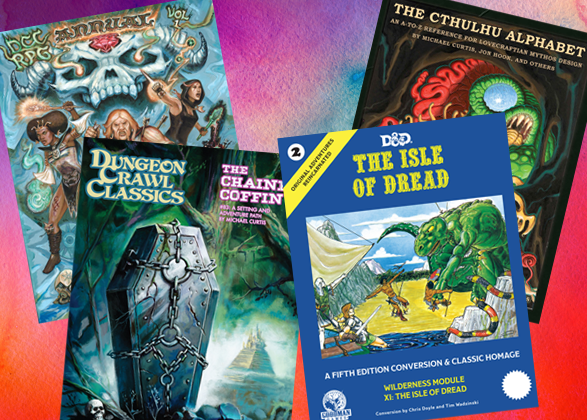 Gen Con 2018 is now behind us, but that doesn’t mean that we are done with it. Far from it, in fact! We’ve got news to share with everyone that we announced at the annual “What’s New With Goodman Games” seminar! 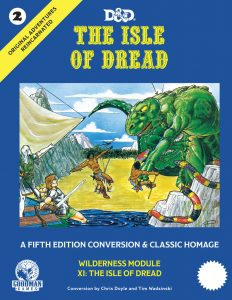 The first big news is the announcement of the second volume in our Original Adventures Reincarnated line. The first volume, Into the Borderlands, was the biggest release in the history of Goodman Games. The reception to it continues to amaze us, and we are thrilled beyond belief. And we are very proud to announce that the second volume in the series is…drum roll please…X1: The Isle of Dread! OAR 2: The Isle of Dread will contain scans of the two original TSR publications of Isle of Dread (orange cover and blue cover editions), plus a 5E conversion, as well as interviews with original creators and other special features! We’ve also updated the mapping style of the 5E edition, so it will now feature illustrated hand-drawn maps that bring back memories of the original TSR style. Lead writer Chris Doyle and editor Tim Wadzinski return to the project after doing such a great job on OAR 1: Into the Borderlands. Into the Borderlands is back in print and available, by the way, so check your FLGS or our online store for your copy today! And Original Adventures Reincarnated 2: Isle of Dread is currently scheduled to release in November of this year! We’ll be sure to keep you updated with news about it as it gets closer. 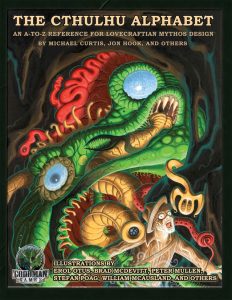 We also announced the next release in our Alphabet line! The Cthulhu Alphabet is the next volume, and is on the schedule for 2019. Originally concepted by Brad McDevitt, this illustrated sourcebook for horror and fantasy games is everything you need to stay inspired at the game table. This fabulous new book continues the strong precedent set by The Dungeon Alphabet and The Monster Alphabet, and features cover art by none other than the legendary Erol Otus, whose unique take on Cthulhu is enough to make anyone smile. Heading up the writing on the book are Michael Curtis and Jon Hook, who are working alongside many other talented folks to bring you the best monster-horror-nightmare Alphabet we can imagine! 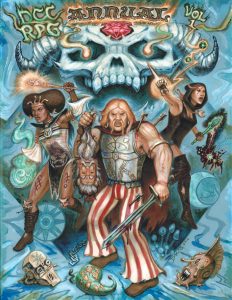 The final thing we’re going to talk about today is the next big Kickstarter for DCC fans. This one is right around the corner, as we expect to take it live in late August or early September! It will combine three awesome projects: The DCC Annual (at long last!) takes center stage, and is bringing along add-ons of the 2nd printing of DCC #83: The Chained Coffin, and the 7th printing of the DCC RPG core book. The DCC Annual is chock full of new patrons and inspiration for your DCC game, and is intended to get your imagination off and running the same way the core book did. The 2nd printing of The Chained Coffin features all-new cover art by fantasy legend Ken Kelly! Oh and did we mention that it’s coming back as a hardcover? It is! This new printing combines all the assorted Chained Coffin material as originally presented in DCC #83, DCC #83.1, DCC #83.2, and assorted Gen Con Program Guides and other miscellaneous publications—plus it includes new adventuring material created for the hardcover! And of course it has the original spinning wheel puzzle. Finally, the 7th printing of DCC RPG is here at long last, and will include an all-new short adventure in the back (swapped out for Abbott of the Woods in the previous printing), but remains the same great rules that we published with the original volume. 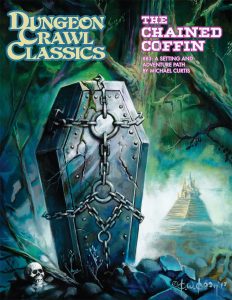 That’s a lot of news! And we aren’t finished! We’ll be back tomorrow with even more news from the show, and we’ll be posting the full “What’s New” seminar video very soon!