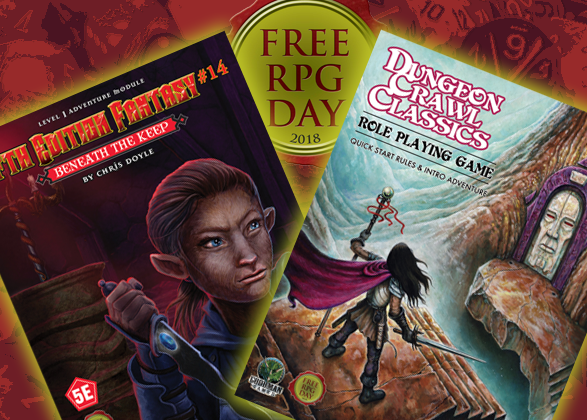 That puts it right around the corner! If you want to be a part of it, we suggest you plan now for your big gaming day! Visit FreeRPGDay.com to find a retailer near you. Make sure to get to the store early since many stores sell out!

And since we’ve been a part of every one of them, you know that Goodman Games is going to be a big part of this year’s event, right? In fact, we’re excited to offer TWO freebies this year.

Here are our two releases: 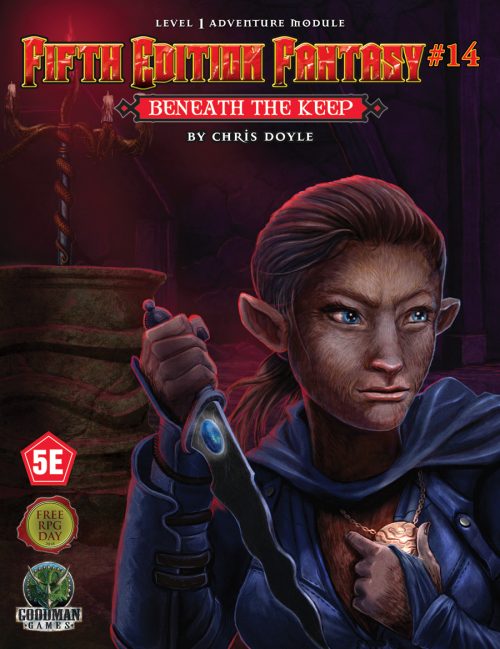 Fifth Edition Fantasy #14: Beneath The Keep

Written By: Chris Doyle
A level 1 adventure for D&D 5E

During a brief stop-over at a wilderness stronghold, a simple trip to a local provisioner reveals foul play! The shop has been broken into, and the shopkeeper is missing. But the place has not been burglarized. The heroes are thrust into an investigation. Clues discovered by the heroes hint at larger corruption that festers among the borderlands surrounding the stronghold. What sinister forces lurk beneath the keep? 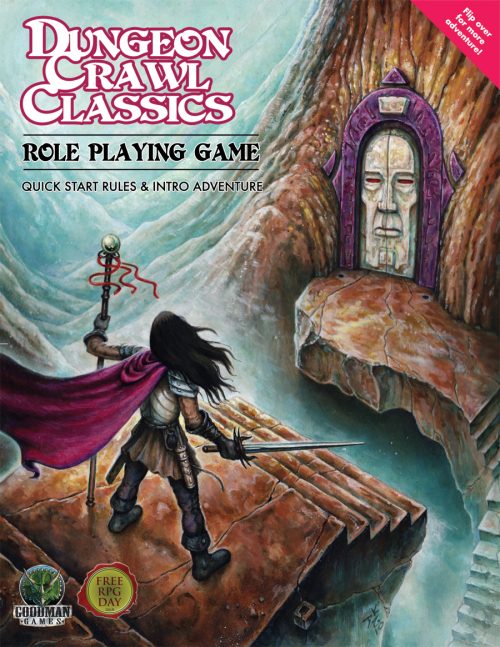 A new version of the Quick Start Rules, featuring a new adventure!

This year’s Quick Start Rules includes all the rules you need to play a DCC RPG game from level 0 through level 2, as well as an all-new adventure! “Man-Bait for the Soul Stealer” is a level 2 adventure by Terry Olson.

A shield maiden’s statue begs for liberation! Will the party brave the steaming pits of Odag, her elemancer master, and kill him to free her? His island lair is guarded by elemental monstrosities, but Odag’s treasure awaits one brave enough to claim it. Only the PCs can save the stone damsel!

Both products are a part of the Free RPG Day package! Make sure you get to your FLGS early enough to get your hands on both product. They’re sure to go fast!

Find the store closest to you participating in the 2018 Free RPG Day!