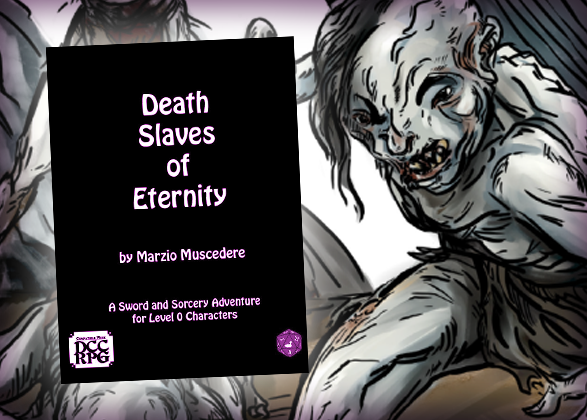 As you may already know, Goodman Games offers a free license for creators to self-publish their DCC creations, and this month we spotlight community members whose DCC creations have added great new options for players and judges alike. If you purchase any DCC RPG product this month, you’ll get a free DCC guitar pick. This time up, we’ve got Marzio Muscedere talking about Death Slaves of Eternity by Purple Duck Games!

Condemned for a murder they did not commit, and entombed alive with the corpse of a slain prince, the PCs are trapped in a world of blackness, with no days, no nights, no seasons; only endless existence and the maddening sound of their own screams.

But there are worse things to fear in the tomb than the dead. For deep below in the forlorn and time-forgotten halls, shadows stir, ancients speak, and things have learned to walk that ought to crawl.  And lost to the ravages of dread antiquity lurks a being, who’s only thought since the beginning of time is its ravenous desire – to feed!

Can the PCs unlock the mysteries of the grave and battle their way back into the light? Or are they doomed to spend the remainder of their pitiful lives as Death Slaves of Eternity… 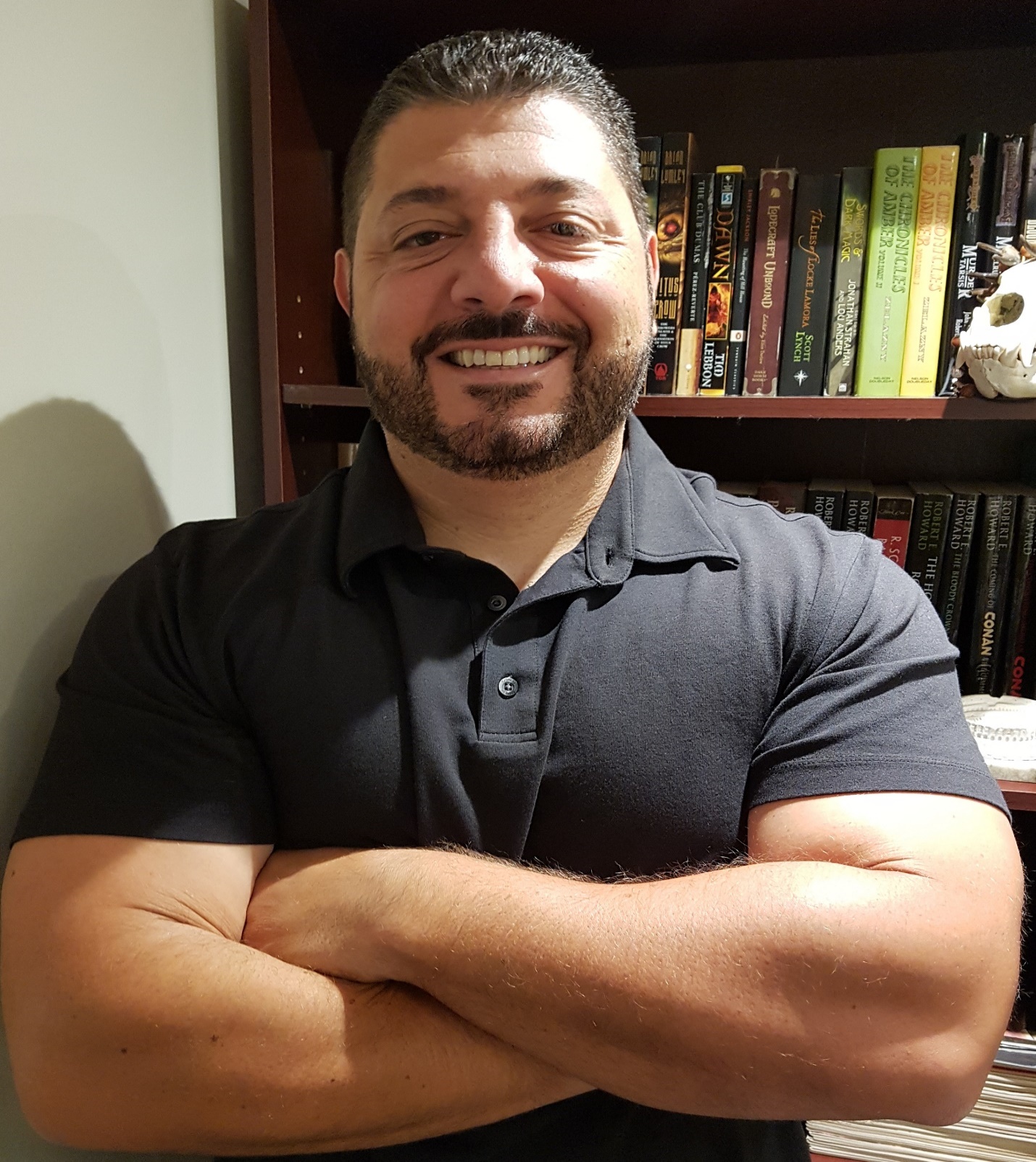 Death Slaves of Eternity is both a massive zero-level adventure module and a Sword & Sorcery gaming supplement, written by Marzio Muscedere and published by Purple Duck Games.  Available in both PDF and softcover format, Death Slaves clocks in at 80-pages and is studded with original full-page artwork throughout.  Along with a glorious zero-level funnel, other features of the module include: 50 sword and sorcery occupations, 100-entry-strong random treasure table, d30 wondrous item chart, complete patron write-up including spells, a variant cleric class complete with sacred mysteries and new deity specific disapproval table, quick and easy rules for re-skinning DCC races for sword & sorcery play, as well as new creatures, NPCs, curses and diseases. 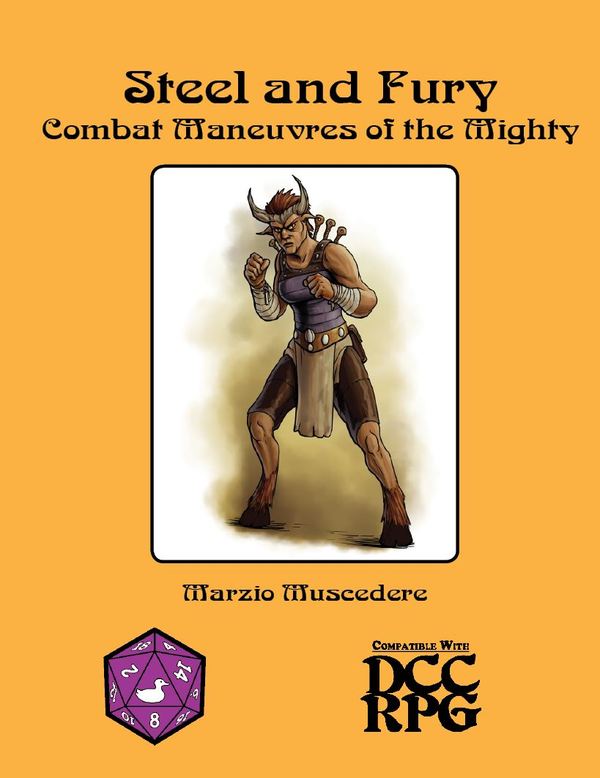 Now it’s probably right that I mention how I reached the point of even trying to write an adventure module, let alone one for DCC.  I have always dreamed of writing one, and the thought of creating an adventure module that others can enjoy just seemed awesome to me.  Problem was, I had never written one before—at least not anything fit for publication—and on top of that I hadn’t role played at all in over 23 years.  So how did I do it?  I Spellburned!  Or more accurately, I listened to the Spellburn podcast. Way back in episode 19, Daniel J. Bishop suggested that Spellburn run a Doug Kovacs creature contest for their dungeon denizens…and thankfully they did.  Convinced that I was going to get laughed off the block, I created a fake name and submitted my entry.  Long story short, I won.  Without knowing it, Daniel, Doug, and the Spellburn crew had set me on the path of DCC and writing.  Eager to finally get back into gaming and try my hand at writing, I rushed out and purchased everything DCC I could get my hands on, and after a whole whopping three DCC sessions under my belt, I wrote Steel & Fury.  Within the next year I wrote Death Slaves of Eternity.

The idea for Death Slaves came to me, of all places, while at work.  Tasked with searching a massive derelict industrial complex, I found myself, flashlight in hand, treading midnight-dark halls and maze-like service tunnels.  The place was so ravaged by time and the elements, many of the rooms along the complex’s exterior were completely frozen.  Furniture and equipment trapped in sheets of ice, while other rooms were either submerged in water or reduced to nothing more than a fire ravaged jumble of twisted and blackened metal.  I discovered entire work areas abandoned for years; papers literally crumpled in my hand when I touched them, cardboard coffee cups sitting on desks wilted when moved.  I couldn’t help but feel like I was walking some time-forgotten tomb.  And then, as sad as it is, there were the people who “lived” within the place.  A handful of squatters sheltering within.  Well, my duties at the factory had me there for a better part of three days, and don’t worry, we found the squatters the shelter and services they needed.  But it was there, parked alone in that industrial graveyard that I put pen to paper and began to write what would be Death Slaves of Eternity. 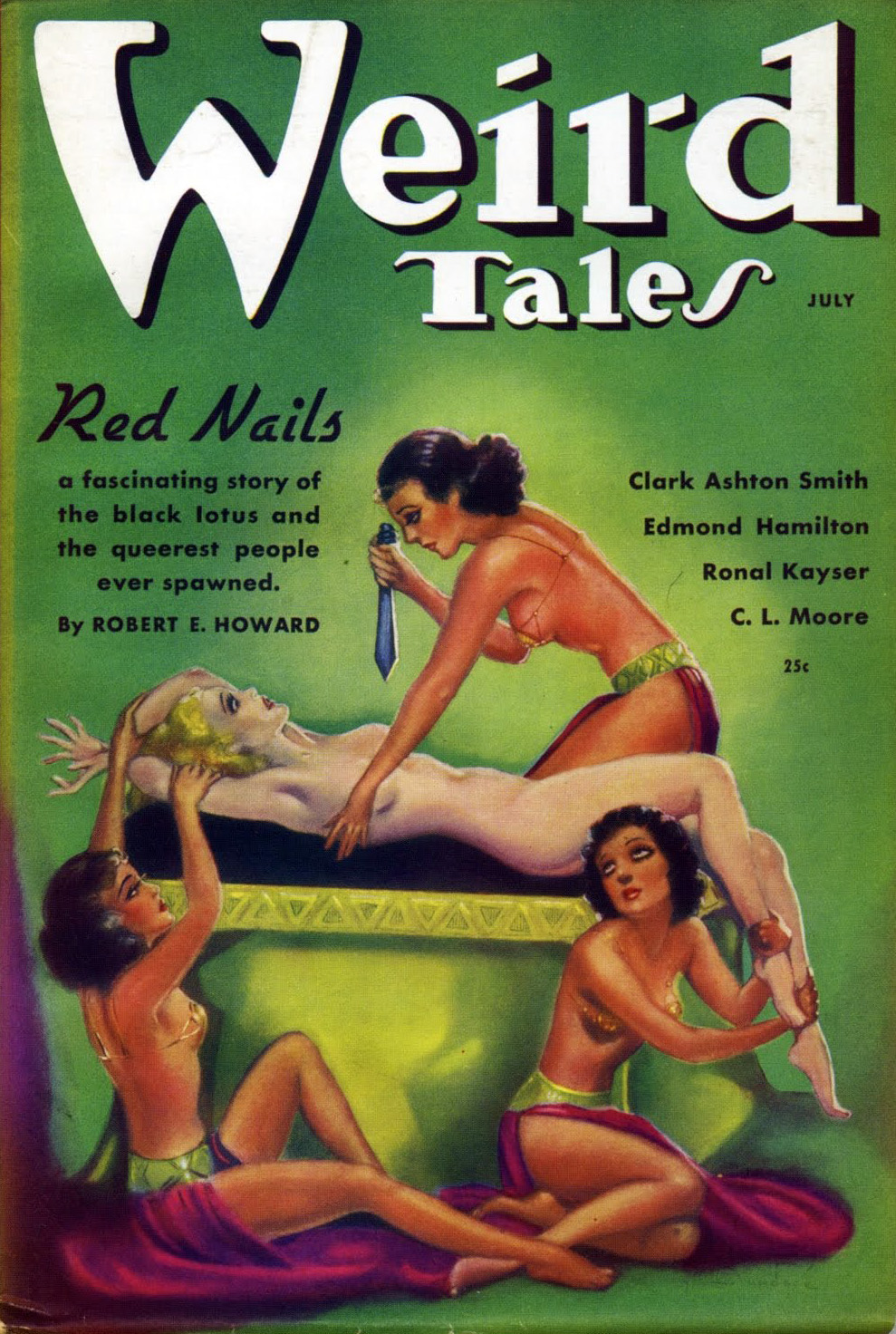 Now in truth, the above experience wasn’t the only thing that shaped Death Slaves.  It was equally inspired by some of the best sword and sorcery fiction every written, namely Robert E. Howard’s Red Nails and The Tower of the Elephant, as well as an old-time radio drama of The 4th Voyage of Sinbad, that had stuck with me over the years.  All of it, combined with a childhood and teen years spent gaming, and a lifelong love affair with sword & sorcery and weird fiction, led to my first published adventure.

A bit of gentle warning fair reader: there is a lot in this module.  But if you like your gaming filled with mystery, weirdness, horror, plot twists, and good old sword & sorcery action, I think you will love Death Slaves of Eternity.  But heck, don’t just take my word for it.  Here are what others much wiser than I had to say:

Be sure to check out Death Slaves of Eternity and the rest of the line from Purple Duck Games in our online store!