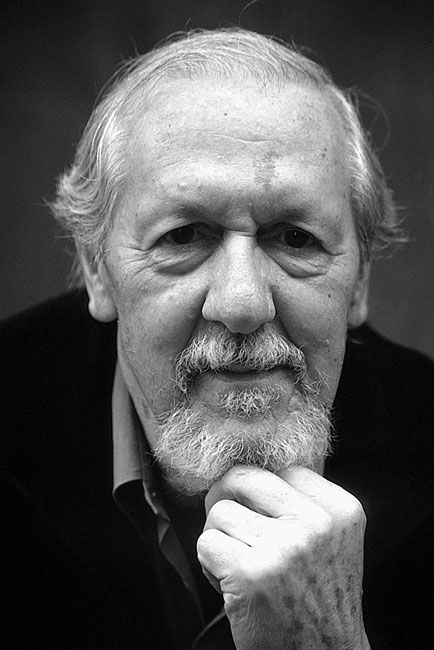 Science fiction author Brian Aldiss died Saturday in Oxford, England hours after celebrating his 92nd birthday. Mr. Aldiss is the author of Starship, the novel credited by James M. Ward as being a large influence on the first science fiction RPG, Metamorphosis Alpha. Starship was first published in the UK under the title Non-Stop. Brian Aldiss is also the author of Hothouse (later re-published as The Long Afternoon of Earth), a novel which later would influence TSR’s game Gamma World. In honor of Mr. Aldiss and his contributions to the hobby, we present here an article by Michael Curtis in homage to Mr. Aldiss. This article was previously written for an upcoming issue of the Goodman Games Gazette.

From Starships to Hothouses: The Influence of Brian Aldiss

This column’s primary purpose is to examine how the Appendix N authors influenced the development of Dungeons & Dragons—and, by extension, Dungeon Crawl Classics—but that doesn’t mean we can’t range further afield when necessary. This installment examines the work of another author who influenced the rise of role-playing games and whose novels continue to inspire game designers.

The focus of this column is the British author, Brian Aldiss. Like some of his speculative fiction-writing brethren from the Appendix N list, Aldiss is a prolific and talented author, albeit not one that casual fans of science fiction might recognize. While he’s been lauded for his work as both an author and anthologist, Aldiss doesn’t enjoy the same name recognition that luminaries such as Heinlein, Bradbury, or Asimov receive. Hopefully, this essay will encourage those readers unfamiliar with Aldiss to seek out his works. 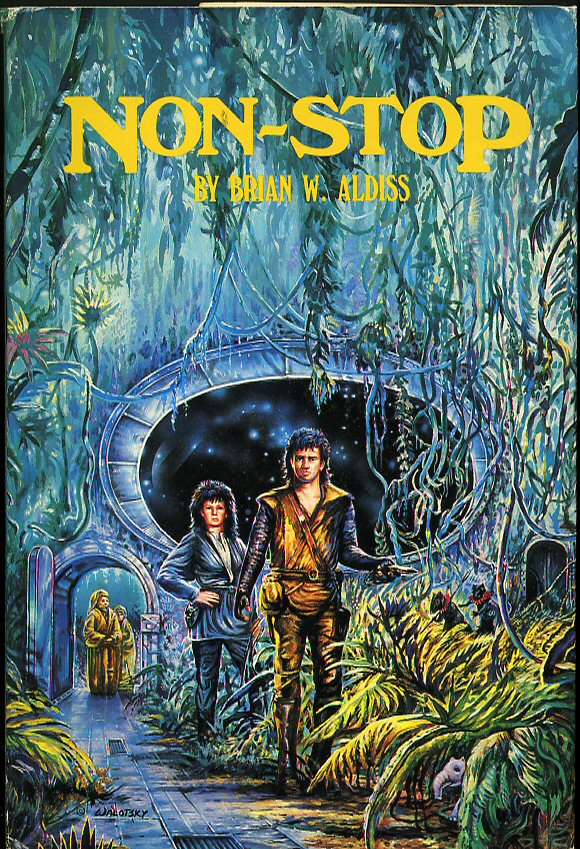 While Aldiss has written expansively in the science fiction genre, two of his novels had an impact on the role-playing hobby. These works are Non-Stop (1958), which was released under the title Starship in the United States, and Hothouse (1962), a novel that saw publication in the US in an abridged form as The Long Afternoon of Earth.

Of the two, Non-Stop (I will refer to both works bytheir original titles) had the largest direct impact on our hobby. The novel concerns a generational starship that has been affected by unforeseen circumstances and now travels endlessly. The inhabitants of the starship have regressed culturally, living in tribal societies in the vegetation-choked corridors of the ship. These survivors live savage, short existences, warring with rival tribes and ever stranger occupants of the wayward vessel. Over the course of the novel, our protagonist, Roy Complain, discovers secrets about the ship that lead to stunning revelations for both himself and the reader.

If the general premise of the novel seems familiar, you may be a fan of the first science fiction role-playing game, Metamorphosis Alpha. Non-Stop was the catalyst that led to the game’s creation

Back in the early 1970s, shortly after the original Dungeons & Dragons was released, Metamorphosis Alpha author James M. Ward told Gary Gygax that he should write a science-fiction version of D&D. Gygax thought it was a great idea, but insisted it should be Ward who wrote the game, not him. Ward was an avid fan of science-fiction and, despite having never designed a game before, Gygax believed he was the best man for the job of merging sci-fi and role-playing. Ward agreed to shoulder the responsibility.

As it was the early years of the role-playing hobby, there wasn’t a large body of preexisting games to draw inspiration from. D&D was still close to its wargame roots and focused largely on the dungeon delve and wilderness exploration. While other goals were certainly possible in a role-playing campaign, these two aspects of the playing experience were hardwired into both the game system and player expectations. We can easily speculate that Ward, with no previous game design experience to draw from, wanted to emulate these facets of role-playing in his own game. Exploration would therefore be the central focus for Metamorphosis Alpha, as the game was now titled. The PCs would venture out from a safe home base and confront dangerous foes to accumulate treasure. And while there could be many ways to accomplish this in a science-fiction game, Ward saw the advantages of setting the game on a generational starship like the one in Aldiss’ novel, a work he greatly enjoyed over the similar (and earlier) story, Orphans of the Sky by Robert Heinlein).

Using a generational starship such as Aldiss described as the campaign’s setting allowed the players to explore vast and varied environments and face unknown entities, while constraining them to a finite space. The Warden, the default starship of Metamorphosis Alpha, was essentially both a megadungeon and a wilderness rolled into one, making it the perfect setting for Ward’s first game design effort. With it, he had the opportunity to include all the sci-fi goodness he craved (laser, robots, mutants, and so forth), while maintaining the game expectations of the hobby’s player base. They wanted to hex crawl and map corridors, killing weird creatures and stealing their stuff, and the Warden gave them those opportunities. 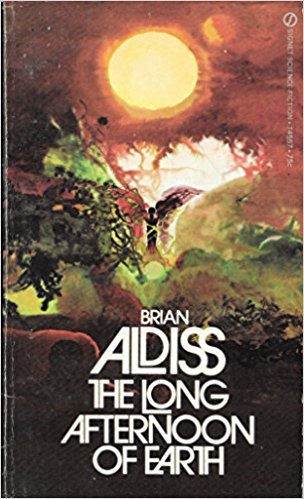 Gamma World is a curious game. Like one of the seemingly innocuous-but-deadly mutants of its landscape, the game is not what one would expect on first glance. It was created during the Cold War, when the specter of World War III loomed over all of us. Gamma World hit the market the same year that Mad Max first rumbled down the highways and twenty years after the world watched Gregory Peck await his doom in the filmed adaption of On the Beach. In short, the game came into a world fearful of the Bomb, a time when most people believed that the survivors of a nuclear conflict would envy the dead. One would expect the first post-apocalyptic RPG to be a grim game. However, the ravaged planet of Gamma World presents a much different future and is most deserving of it label of a “science fantasy role-playing game.”

Reading the foreword of Gamma World, it becomes clear that the game was not intended to depict a realistic post-apocalyptic world, but rather a more fantastic one. The inspirations for Gamma World aren’t On the Beach, Earth Abides, or A Canticle for Leibowitz. Instead, it evokes the works of Andre Norton’s Starman’s Son, Sterling Lanier’s Heiro’s Journey (which also appears on Appendix N and will likely be covered in a future column), and—our old friend—Brian Aldiss’ The Long Afternoon of Earth.

Hothouse (aka The Long Afternoon of Earth) takes places in a far-distant future where the sun is dying and vegetation is the dominant life form on Earth. The planet is covered by a single forest filled with countless variations of plant life—many of which now possess the abilities and attributes of mammals, insects, and reptiles—and is in locked rotation with the Sun. Vast, spider-like creatures travel from moon to Earth on stellar webs and mankind survives as diminutive, green-skinned creatures dwelling in the treetops for safety. The novel (originally published as five novelettes and a winner of the 1962 Hugo Award for Best Short Fiction) follows the adventures and struggles of Gren, one of the surviving humans who becomes an outcast in the unforgiving future world.

Hothouse’s inspiration on Gamma World is largely one of tone, rather than one of direct impact (with one exception). Both present planets where nature has run riot, evolving and mutating life to fill vacancies in ecological niches, making Hothouse a close cousin to the science fantasy setting of Gamma World. Hothouse is a work well-worth reading if you’re a fan of Gamma World or Metamorphosis Alpha—especially if you’re looking for new and deadly mutants to use; Hothouse is rife with them. 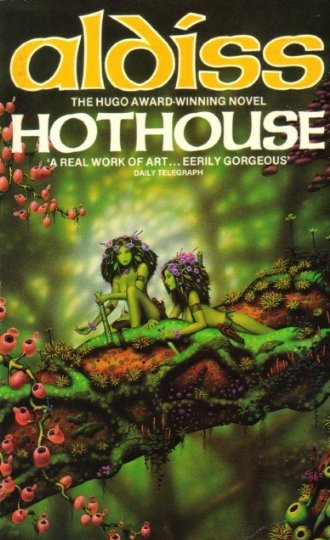 Hothouse’s influence on Gamma World is evident by an “Easter Egg” homage to the novel. One of the mutant species present in Gamma World are a race of small, green-skinned humanoids who dwell exclusively in forests and eschew technology. The name of this species? Grens. It’s a sly nod that only readers familiar with Hothouse would recognize, but a fine acknowledgement of the novel’s role in shaping the setting of Gamma World.

Brian Aldiss has produced some exquisite work in his lifetime and deserves more recognition than he’s received, especially here in the United States. He is well worth reading even if you aren’t a fan of science fiction RPGs such as Metamorphosis Alpha and Gamma World. If you are a fan of those titles, however, and are curious to experience the stories that inspired those games, Non-Stop and Hothouse are must-reads. Track them down and see how both can further expand (or perhaps mutate) your Metamorphosis Alpha campaign and challenge you to create new menaces for your players to face.