Enter the Dagon was a spell duel tournament by Harley Stroh. The tournament judging was based on winning as many consecutive spell duels as possible.
The winner:
Champion – Silas Moore 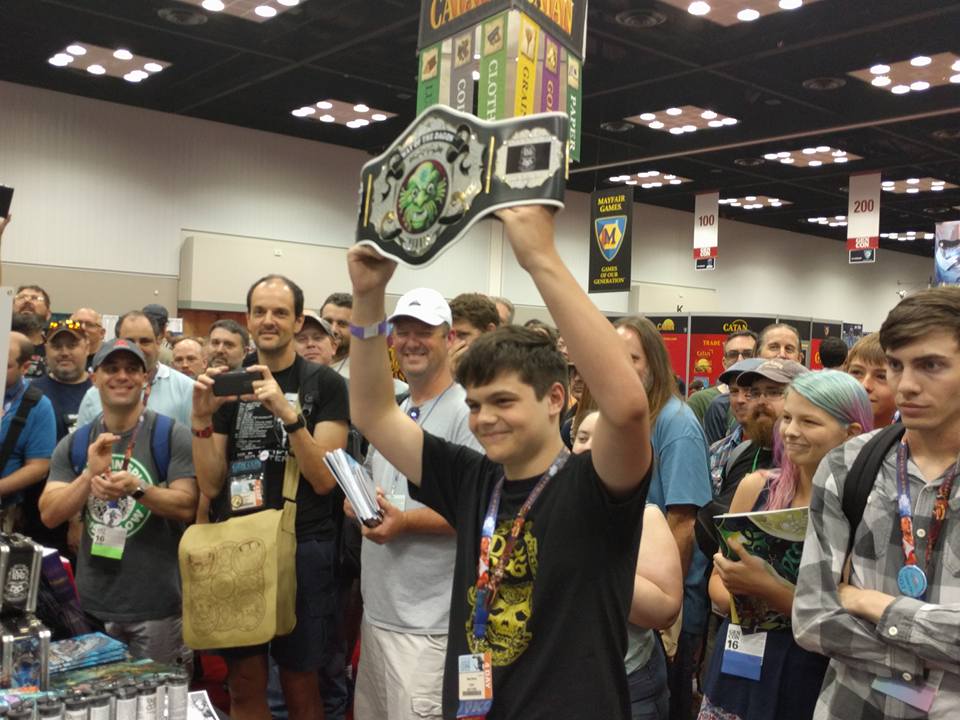 Silas Moore took home the spell duel championship belt from the Way of the Dagon tournament.