IT’S DOWN TO THE FINAL HOURS! IF YOU WANT TO GET IN ON OUR LATEST KICKSTARTER YOU HAVE TO DO IT NOW! It’s called The Shelf File of Holding…for now. The final name has yet to be decided, actually. So far we posted over a dozen potential names for this thing, but we haven’t decided what to call it. In fact, we won’t—YOU will. That’s right, at the end of the campaign, we’ll be running a poll allowing the backers of the Kickstarter to vote on their favorite name for the release, and the winner will become the official name! But you have to be a part of the campaign to have a vote, and the Kickstarter is coming to an end this week, which means you have to act fast to be a part of the process and get this fantastic organizer at the best price. No matter what name it ends up with, this Kickstarter funds a custom-printed shelf file designed for holding adventure modules, hardcover RPG books, and boxed sets. And this gorgeous container features four exterior panels with new hand-painted art by Doug Kovacs! The shelf file has a 3” wide spine, which is thick enough to fit two big hardbacks, about 25 “skinny modules,” or one to two RPG boxed sets—and it also fits board games that are in letter-sized dimensions. It comes with preprinted spine labels you can use to identify the contents. In other words, it’s amazingly useful! And the perfect way to keep your games organized on the shelf. Hence the name! …or lack thereof. And there’s much more to learn about the campaign! Including add-ons (a whole bunch of modules to fill your Shelfie, for example), bonus items, and more! Head on over to the Kickstarter page and read all about it. ONLY HOURS REMAIN! GET IN ON THIS KICKSTARTER WHILE YOU STILL CAN! THE SHELF FILE OF HOLDING...

Is your bookshelf a mess? Do you own so many games they’ve become a hazard? Are your dungeon crawls a disorganized disaster? We were like that, too – so we came up with a solution! We’re calling it The Shelf File of Holding Kickstarter is now live! And for today only we’ve got a special deal for early backers! WE HAVE A SPECIAL $140 CAMPAIGN LEVEL THAT ENDS TONIGHT! This reward is only available until 2:00 a.m. EST, which means you only have a few hours to act. By helping us quickly progress to economies of scale, we pass on some of the benefits! You’ll receive ten Shelf Files of Holding, at a special cost of only $14 per file instead of $15. It’s a great way to get in on the ground floor of the campaign and maximize your pledge. The shelf file has a 3” wide spine, which is thick enough to fit two big hardbacks, about 25 “skinny modules,” or one to two RPG boxed sets—and it also fits board games that are in letter-sized dimensions. It comes with preprinted spine labels you can use to identify the contents. And there’s much more to learn about the campaign! Including add-ons (a whole bunch of modules to fill your Shelfie, for example), bonus items, and more! Head on over to the Kickstarter page and read all about it. Head on over to the Shelf File of Holding Kickstarter to pledge your support today! THE SHELF FILE OF HOLDING... 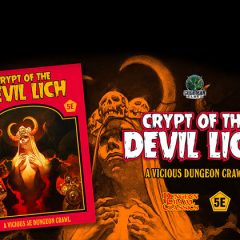 An ancient prophecy sends your heroes into the crypt of the Devil Lich. They must destroy her, before she can return to power. Once inside, your heroes face horrors that could only be dreamt of by a mad half-drow half-fiend lich! Welcome to Crypt of the Devil Lich! This insidious dungeon was originally crafted as a Gen Con tournament and has been called the most vicious dungeon since the legendary Tomb of Horrors. Yeah, it’s... 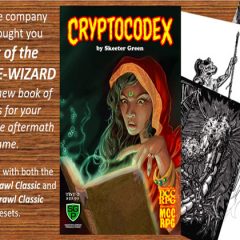 From the company that brought you Crypt Of The SCIENCE-WIZARD comes a new book of critters for your apocalypse aftermath game. Specifically designed for Mutant Crawl Classics—but equally at home with DCC RPG—this new volume will contain at least 47 new monsters to threaten your tribe. Not to mention there will be two new PC races to add to your game. Plus more, depending on stretch goals! Here’s some details from the Kickstarter... 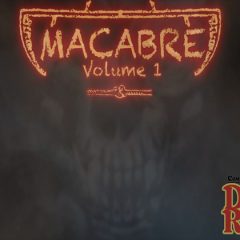 Welcome to Nekrovania. Hope you survive the experience… Macabre is the new DCC zine from Wolf Manzella that harkens to classic horror tropes and sets them in the fantasy land of Nekrovania. This zine is all about transmogrifying your games with eldritch horrors, grotesque slashers villains, alien clowns, mind-melting sanity loss, head-spinning possessions, castles of blood, and all manner of cult classic cinematic weirdness.... 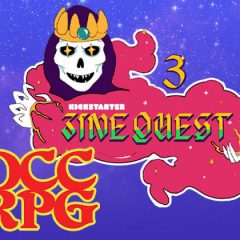 Kickstarter’s Zinequest continues to expand like a runaway supernova! DCC fans have come out in droves to support four successfully finished campaigns so far, but there are still seven ongoing kickstarters for DCC and MCC ‘zines we just can’t wait to tell you about. For the third year running Kickstarter’s Zinequest is showcasing independent voices in the RPG scene, celebrating unique, quirky, and... 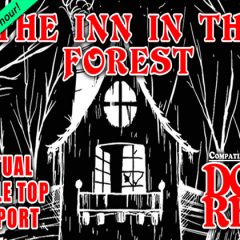 The Inn in the Forest: Support this Zinequest DCC Kickstarter!

It’s time to visit the Inn. In fact, it’s several different times… From the mind of Daniel J. Bishop comes The Inn in the Forest, the new long-format, time-traveling horror adventure for DCC RPG. As a part of ZineQuest 3, this new adventure is inspired by everything from The Brothers Grimm to Robert E. Howard. And this release also supports virtual table top play, with maps, tokens, handouts, and more! Here’s... 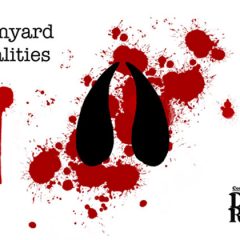 Farm livin’ is the life for me. Land spreadin’ out so far and wide. Keep those characters coming, because this is a funnel, folks. Depths Unknown Publishing brings you Farmyard Fatalities, a new zero-level funnel set on the most dangerous location known: a farm. Hey, those things have big animals and pointy tools! Plus, some strange lights have been seen over the fields, not to mention all that screaming….... 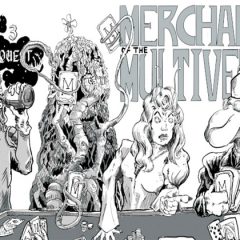 Merchants of the Multiverse: Support this Zinequest MCC Kickstarter!

Coming Soon: Kickstarter for Crypt of the Devil Lich

An ancient prophecy sends your heroes into the crypt of the Devil Lich. They must destroy her before she can return to power. Once inside, your heroes face horrors that could only be dreamt of by a mad half-drow half-fiend lich! It’s coming soon! The Crypt of the Devil Lich Kickstarter will be launching before you know it, supporting the adventure for both Dungeons and Dragons 5E and Dungeon Crawl Classics format. We’ve...

We’ve got a trio of the DCC ZineQuest 3 Kickstarters that are coming to a close very soon! This is your last chance to back these fantastic zines and get some amazing material for use in your campaign. Let’s take a quick look! Terror of the Stratosfiend #3 Portals and warp gates have been opening all over the earth, giant aliens have been pouring out, and Bat Gods are rampaging. Players will quickly find out that some of... 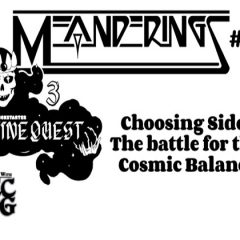 The popular Meanderings zine is back with an all-new issue as a part of ZineQuest 3! This campaign exists not only to fund the material for issue #5 of the series, but also a reprint of the first four issues. The new printings of Meanderings 1-4 could have new editing and even paper minis associated with them, depending on stretch goals. Here’s some details from the Kickstarter page: Current lineup for Issue #5 Choosing sides... 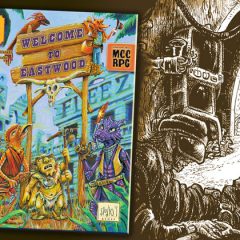 It’s your final chance to be a part of Studio 9’s Kickstarter suitable for both Dungeon Crawl Classics and Mutant Crawl Classics! You can’t pass this one up, pardner! Welcome to Eastwood’s Kickstarter campaign takes your PCs to the greatest little theme park in the world. A wild west resort that is perfectly stable. Nothing could possibly go wrong. It’s guaranteed. Here’s some details from the... 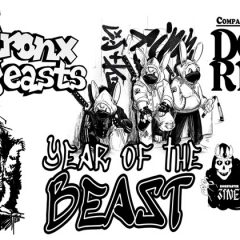 You’re going to have a beastly good time! Bronx Beasts is back with a reprint of the first issue and four new volumes to expand and provide you the most beast for your buck! The brainchild of Dan Steeby, Bronx Beasts plays on concepts like Teenage Mutant Ninja Turtles and other anthropomorphic adventure series to create an basis for you tun them using DCC RPG. Taking advantage of the ZineQuest 3 promotion on Kickstarter, Bronx...