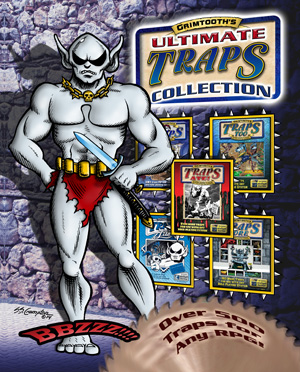 In addition, it is an homage to an important piece of gaming history. Featuring a foreword by noted dungeon designer Harley Stroh, the book also includes an extensive interview with the original Grimtooth’s creative team, a cover gallery showcasing 30 years of editions (in both English and many foreign languages), and a look behind the submissions process – including the legendary “Grimtooth’s Submissions Box” that sits on a shelf in the Flying Buffalo offices.

We’ve added more than a dozen new traps created specifically for this volume. For the first time in a decade, the Grimtooth’s submissions box has been opened again, and more great entries have been selected.

Funded by a wildly successful Kickstarter, the hardcover versions of the book contain a lot of great extras, including printed endsheets, a satin ribbon bookmark, the cover gallery in full color, a custom dust jacket, and a gatefold page featuring the Grimtooth board game that was first mentioned more than 20 years ago! The gold foil and leather bound editions come with an extra 160 pages reprinting the Traps Bazaar and the Dungeon of Doom. 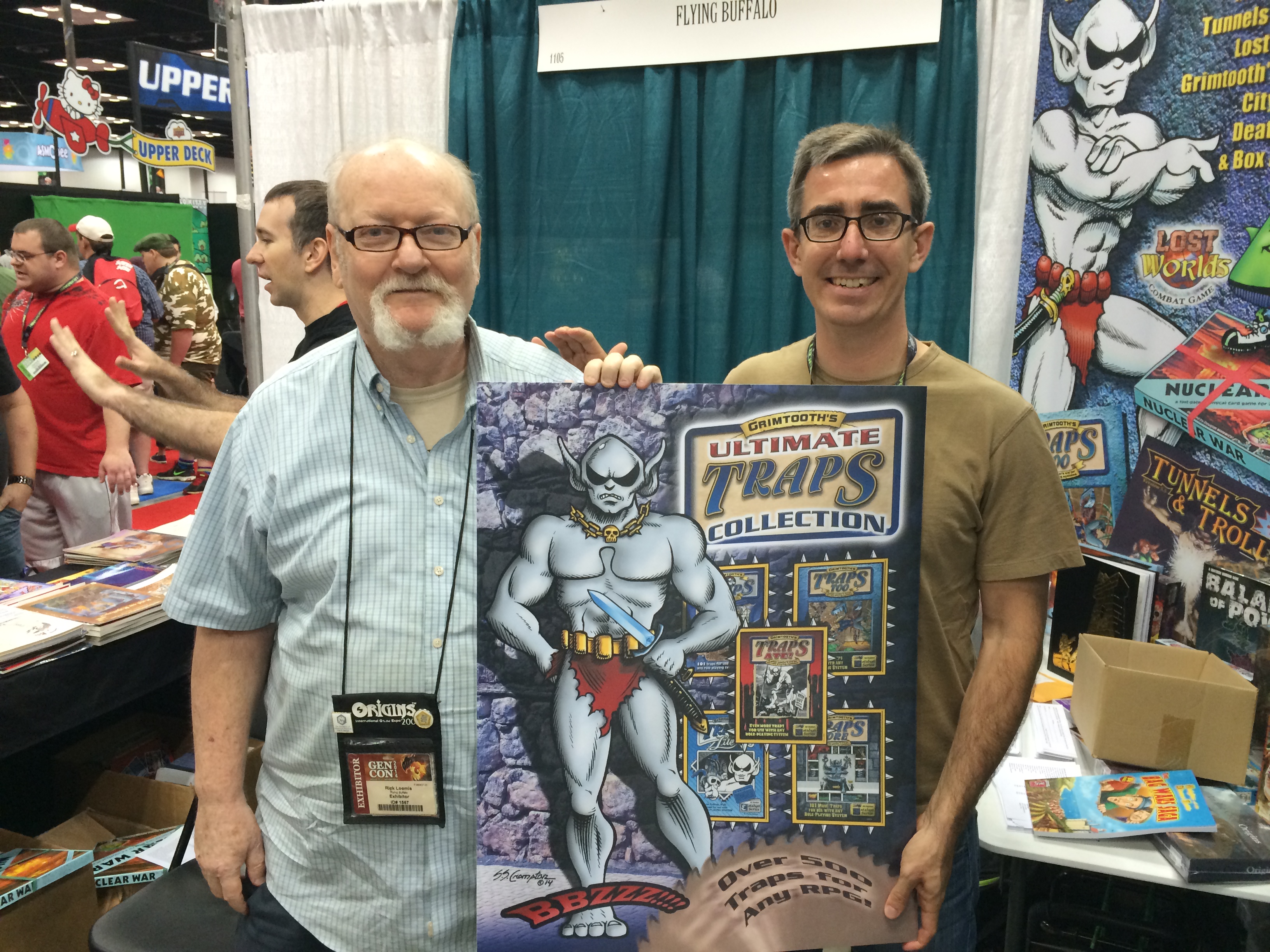 Original Gen Con Announcement: We are very excited to announce a partnership with Flying Buffalo to produce a hardcover compilation of all the classic Grimtooth’s Traps book! This 460-page book presents the material in its original, classic form. No updates, no rules revisions, no changes, and nothing to disrupt the entertaining formula that has led the Grimtooth’s line to sell more than 250,000 copies since 1981.

In addition, the book includes all-new Grimtooth’s traps! For the first time in over a decade, the box of submissions has been re-opened and reviewed. Contributors include original co-creator Steve S. Crompton, Tunnels & Trolls creator Ken St. Andre, and many fans who have submitted ideas over the years.

The hardcover also includes historical commentary on the origins of the Grimtooth character, interviews with the creators, and a foreword by adventure author (and trap whiz) Harley Stroh.

Plus, of course, more than 500 deadly devices and sinister snares, from the grimly cheerful claws of the great Troll, Grimtooth himself – delvers beware! All traps are suitable for use in any role playing game.

This project was announced at Gen Con 2014 in the “What’s New With Goodman Games” seminar. Rick Loomis was in attendance for the announcement. Watch the video now! (Start just after the 0:53 mark.)