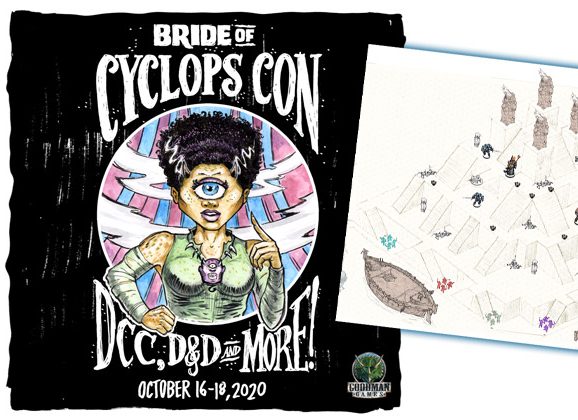 If you play DCC RPG, you know Harley Stroh. His adventures are a thing of legend. He’s created some of the best and most celebrated modules in our company’s history. And if you go to Gen Con, you ALSO know Harley Stroh. Years ago he invented the Gen Con funnel tournament. After that he invented the Gen Con spell duel tournament. Now, for Bride of Cyclops Con, Harley brings you his latest convention challenge: The DCC Battle Royale! In this amazing new format, up to 30—yes, THIRTY—players compete at the same time in the same event. What’s it about? Well… Wrenched from a dozen different realities, you and your newfound companions battle for survival against fellow slaves for the amusement of elephantine overlords! Pit your brawn, cruelty, and cunning against fellow slaves, alien beasts and wicked traps, in a desperate bid for survival as the rising wine-dark seas drive you ever onward!  Check out the map below to get a hint of what to expect! Harley himself wanted to point out a few things about the game. Namely… You can loot corpses of slain foes and prior victims Spear your buddies with a ballista or scald them with oil from toppled braziers Topple statuesInteract with giant weird crystals Meanwhile, the brackish waters are rising forcing you up up up! Find out what it’s all about at Bride of Cyclops Con. And you can sign up to be a part of it right now! Event registration is open, sign up while spaces remain! We’ll see you in the Battle Royale arena at Bride of Cyclops...

It’s a new Adventure Tuesday, and that gives us a chance to showcase another Dungeon Crawl Classics module to help you find something to run this weekend! This week we shine the spotlight towards an early classic from the days of DCC RPG, The People of the Pit! Inspired by the works of Abraham Merritt, this adventure brings forth a creature of nightmares that can only be quelled by the bravest of adventurers. Let’s check out DCC #68: The People of the Pit! A Level 1 Adventure for DCC RPG It has been years since the last virgin was sacrificed: and now the pit beast awakens once more! Every generation it stumbles forth on undulating tentacles from its resting place deep below the great ravine, its towering blubbery mass ravaging the land before returning to slumber for decades. But this time is different. The Great Beast strikes with intelligence: bands of faceless gray-robed men emerge from the tenebrous depths, herding the beast’s roaming tentacles before them. The enigmatic people of the pit live despite the passage of ages! The earth shakes each night as they herd the primordial tentacles ever further, while the villagers ask: is any man brave enough to put the sword to this menace? Assassins of the Pit: BONUS ADVENTURE! This printing includes the adventure Assassins of the Pit by Daniel J. Bishop. Assassins of the Pit offers an additional area for your PCs to explore when undertaking the challenges of The People of the Pit.... 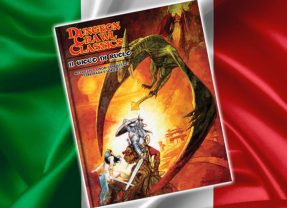 We’re thrilled to announce that Kaizoku Press has reached... 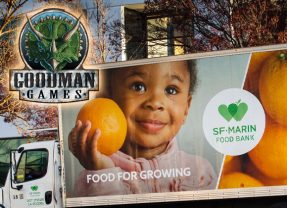 Earlier this year we announced The SF-Marin Food Bank... 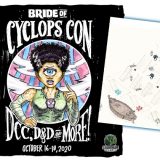 If you play DCC RPG, you know Harley Stroh. His adventures are a thing of legend. He’s created some of the best and most celebrated modules in our company’s history. And if you go to Gen Con, you ALSO know Harley Stroh. Years ago he... 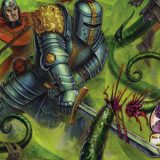 It’s a new Adventure Tuesday, and that gives us a chance to showcase another Dungeon Crawl Classics module to help you find something to run this weekend! This week we shine the spotlight towards an early classic from the days of... 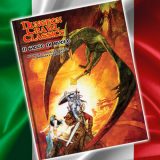 We’re thrilled to announce that Kaizoku Press has reached an agreement with Goodman Games to produce an Italian language version of the hit role-playing game Dungeon Crawl Classics. Kaizoku Press has been publishing games and... 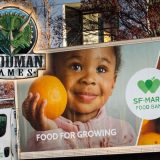 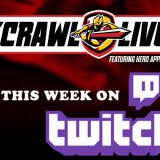 Is this mic on? Because you are gonna want to hear this one! The next step in the evolution of the Games comes your way this week as Xcrawl Live debuts on Twitch! Everyone in the NAE will be tuned into this broadcast, watching ace DJs... 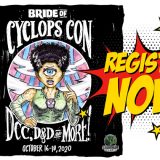 EVENT REGISTRATION IS NOW OPEN FOR BRIDE OF CYCLOPS CON! You are now able to register to play in all the games that you’ve had on your radar. Get those games scheduled. Plan those seminars. Prepare for Bride of Cyclops Con! And... 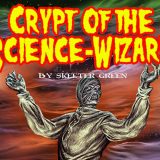 It’s your last chance to get in on this adventure for either DCC RPG or MCC RPG! Here’s a description of the adventure from the Kickstarter: This site-based module is designed to bring you back to the age of... 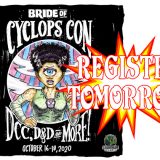 On Sunday, September 20th at noon EST event registration opens for Bride of Cyclops Con! That’s tomorrow! And it’s less than 24 hours from now! That means at this time on Sunday you’ll be able to register to play in... 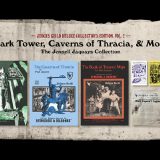 New Kickstarter for Fans of Dark Tower and Other Judges Guild Works!

A brand-new Kickstarter from Goodman Games is now live! This time out, we are bringing you a collection that reprints and celebrates the work of Jennell Jaquays, specifically the work that she created during the early days of The Judges... 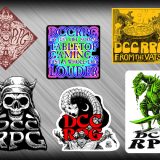 Inspiration For The DCC Sticker Contest!

We have a sticky situation, and we want your help. As you may know, we are running a sticker design contest, and you’ve got about two weeks to get your entry to us. And we’ve gotten some fantastic entries. We are loving... 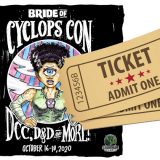 Pre-Registration for Volunteers and Judges

Pre-registration tickets are now available for Judges and volunteers! Judges, Road Reavers, Premiere Judges, and volunteers can all purchase tickets as of right now for events at Bride of Cyclops Con! Badges have been assigned to all... 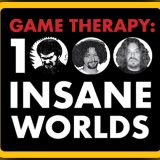 Sign Up For The September 24 Session of 1000 Insane Worlds!

Judge Brendan is back with another venture into 1000 Insane Worlds today at 3:00 pm EST! And today is a special episode, because today is Judge Brendan’s birthday! Celebrate with him and this monumental endeavor. The adventure is... 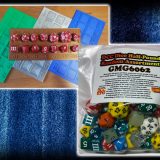 New In The Online Store: Weird Dice Trays and a Half Pound of Dice!

What gamer has enough dice? Let us answer that for you: none! There is no such thing as too many dice! Which makes today’s release great news. We’ve received fresh shipments of two of our most popular recent releases! Both the... 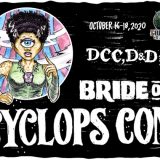 Bride of Cyclops Con will feature the online tournament, Return to the Starless Sea. This adventure was originally announced as the Team Tournament to be held at Gen Con 2020, but…well, we all know what happened there. Still, the... 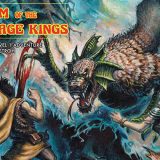 It’s Tuesday! The most exciting day of the week! What, you don’t know? Well, let’s talk about it… Welcome to our newest product showcase, Adventure Tuesday! Each week we will feature a Goodman Games adventure that... 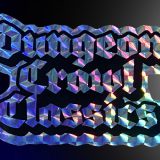 Things are getting very sticky around here… We previously announced the DCC Sticker Design Contest, and thus far we’ve got some amazing submissions! We just wanted to remind you that it’s not too late to get your entry...