Reading About Robert E. Howard by Bill Ward It’s safe to say Robert E. Howard has passionate fans. And this passion goes beyond buying stacks of books and old comics and limited edition resin sculptures, beyond pilgrimages to Cross Plains or Valeria cosplay, beyond, even, mimeographing ‘zines in their basement or writing fiction inspired by Howard’s example. For you see, Howard’s fans have dared to set their sandalled feet upon the tumbled jeweled thrones of literary criticism, and they’ve been trampling such thrones for decades. Here’s a look at just some of what they’ve been saying. Don Herron’s The Dark Barbarian is both the logical and, thanks to its new availability as part of the Robert E. Howard LitCrit Megapack ebook, the easy place to start. It is the book that, according to Charles Hoffman’s introduction, “begat modern Howard scholarship.” Hoffman notes just how different preparing a bibliography for Howard material became after the 1984 publication of The Dark Barbarian, and indeed it seems as if the well of Howard scholarship has been overflowing ever since. Collecting standout essays from publications such as Amra, Cromlech, The Dark Man, REHupa and The Fantastic Worlds of Robert E. Howard, as well as offering some original pieces. Both The Dark Barbarian and its sequel from 20 years on, The Barbaric Triumph, offer a kaleidoscope of ideas, everything from analyzing the volumes in Howard’s library to speculating on what he may have written had he lived beyond 1936. The LitCrit Megapack includes even more essays, there is everything here from analysis of Conan pastiche, deep dives into Howard’s poetry or Western stories, to Nietzschian interpretations of an existentialist Conan. In terms of one stop shopping, it’s hard to imagine a better value of quality content to price than this ‘megapack’ collection. Another collection worth checking out is Two-Gun Bob: A Centennial Study of Robert E. Howard, edited by Benjamin Szumskyj. As with The Dark Barbarian and related anthologies, Two-Gun Bob presents free-ranging scholarship of all things Howard, with focus on under-served characters like El Borak or Bran, or Howard’s boxing stories. For anyone who has read and enjoyed the above mentioned essay collections, Two-Gun Bob brings things further up to date. Full blown biographies of Howard get their start with L. Sprague de Camp’s Dark Valley Destiny, an account that has been heavily...

The Great Debate: The Letters of H.P. Lovecraft and Robert E. Howard  by Brian Murphy If you’re interested in taking a look under the hood of sword-and-sorcery and what makes it tick, a great place to start is the letters of Robert E. Howard and H.P. Lovecraft. Today these are readily available in a highly recommended two-volume set published by Hippocampus Press entitled A Means to Freedom: The Letters of H.P. Lovecraft and Robert E. Howard (1930-1936). Spanning more than 900 printed pages, this correspondence covers each man’s personal interests, history, literature, and politics, and paints a vivid picture of Howard’s 1930s Texas landscape and Lovecraft’s northeastern United States. The letters reach a crescendo in a spirited philosophical and political debate that included a discussion on the merits of civilization vs. barbarism. This spar of thoughts helped spur the development of the Conan stories and by extension the sword-and-sorcery subgenre. Howard had already written what is generally regarded as the first sword-and-sorcery story, “The Shadow Kingdom,” in the late 1920s, but his correspondence with Lovecraft pushed him to new heights. While Lovecraft astutely observed of Howard’s stories “the real secret is that he himself is in every one of them,” Lovecraft’s exchange of ideas fomented and helped Howard crystallize an underlying thematic richness that elevated his stories above common pulp fare. The exchange began in 1930 when Howard, having just finished reading “The Rats in the Walls” in the pages of Weird Tales, wrote a letter to the magazine that both praised the tale and offered a mild criticism, noting that a phrase Lovecraft used for the story was Gaelic, not Cymric, and an historical anachronism. Weird Tales editor Farnsworth Wright passed the letter on to Lovecraft, sparking a wonderful correspondence that lasted all the way until Howard’s untimely death in 1936.  The early letters are less an exchange of ideas than a pleasant discussion of like-minded peers, as the two shared likes/dislikes, working writer woes, and news of the day. But gradually the letters turned to an exchange of thoughts on the political and metaphysical, including the true nature of humanity. Howard was stung when Lovecraft in a January 1933 letter wrote, “Naturally, there are primitive, retarded, and atavistic types to whom barbarism would be better suited than civilization. Behind every argument in favor of barbarism, it seems... 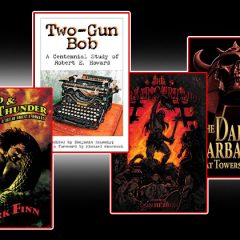 Reading About Robert E. Howard by Bill Ward It’s safe to say Robert E. Howard has passionate fans. And this passion goes beyond buying stacks of books and old comics and limited edition resin sculptures, beyond pilgrimages to Cross Plains or Valeria cosplay, beyond, even, mimeographing ‘zines in their basement or writing fiction inspired by Howard’s example. For you see, Howard’s fans have dared to set their... 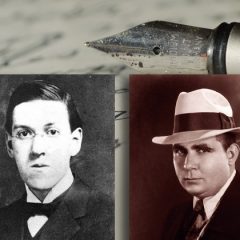 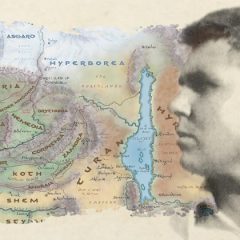 Hyborian Age World Building by Bill Ward Robert E. Howard, pioneer of sword & sorcery fiction, creator of Conan and Solomon Kane, author of scores of stories across half a dozen genres or more, is rightly praised as a master of pacing, a crafter of visceral action, and a writer of vivid and poetic prose. What often goes unremarked, even among his ardent fans, is Howard’s impressive achievement as a world-builder, namely in the... 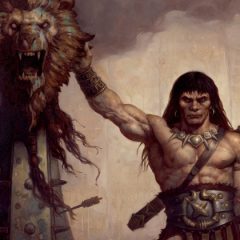 Amra Who? Inside Conan’s Secret Identity

Amra Who? Inside Conan’s Secret Identity by Bill Ward Quick trivia question: what is Conan holding in his hand when we are first introduced to the character? It’s not the bloody head of a Stygian priest or the becrimsoned blade that severed it. No, it’s a pen. Or, to be more accurate, a stylus – King Conan is improving the map of his Kingdom of Aquilonia when first we meet him in “The Phoenix on the Sword,” filling... 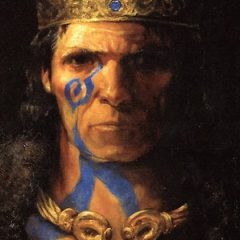 Bran Mak Morn, The Doomed King by Bill Ward Most new readers approach the work of Robert E. Howard from the perspective of his most famous creation, Conan. As is only natural, they tend to look at Howard’s other heroes in terms of their relation to the Cimmerian, and look for those elements that later make their way into the much more famous stories of the Hyborian age. Kull is perhaps the most well known ancestor of Conan for, after... 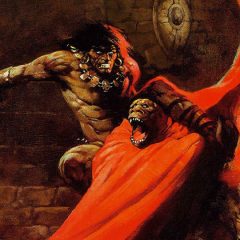 Where to Start With Robert E. Howard

Where to Start With Robert E. Howard by Bill Ward Robert E. Howard (1906-1936) was a giant and a father to giants, his literary creations so potent that they have informed popular culture and permeated mass consciousness down to the present day. But their very ubiquity can obscure and deceive – if two people strike up a conversation about Conan, are they actually talking about the same Conan? What’s going on with all of these... 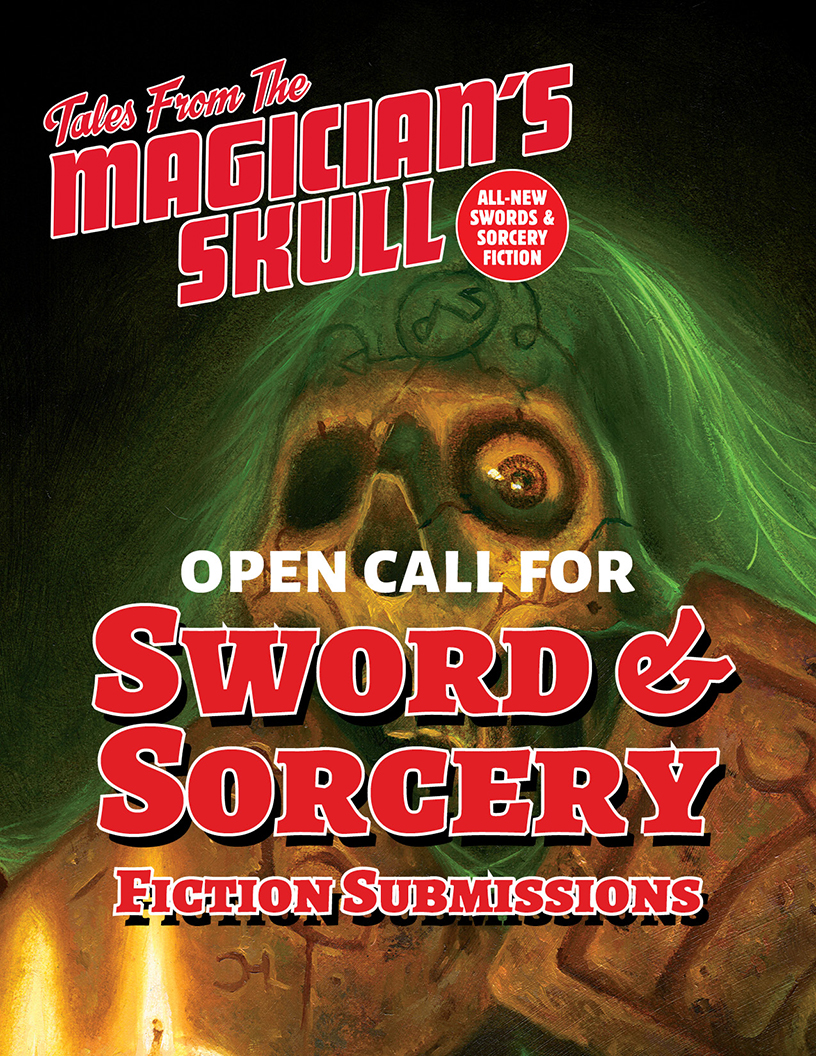