The Other Cugel’s Saga: Michael Shea’s A Quest for Simbilis

Home » Jack Vance » The Other Cugel’s Saga: Michael Shea’s A Quest for Simbilis

The Other Cugel’s Saga: Michael Shea’s A Quest for Simbilis

At the end of The Eyes of the Overworld (1966), Jack Vance’s rogue, Cugel the Clever, found himself once again stranded in the very same distant part of the Dying Earth to which he’d been sent at the beginning of the book by Iucounu the Laughing Magician, on a mission to retrieve a magical lens.

And that’s where he remained for over a decade. It wasn’t until Michael Shea decided he would spin a new tale about Cugel that the seemingly forsaken reprobate was freed from his literary chains.

What separates pastiche from fan fiction? Only permission. Of course, talent should play a role too, but it’s not necessary. Fortunately, Michael Shea possessed both. Shea asked Jack Vance for permission to write a sequel to The Eyes of the Overworld, and Vance gave his consent, even declining to take half the advance from DAW Books that Shea offered him. And so A Quest for Simbilis (1974), Shea’s first novel, was born.

Deposited yet again in the far North, Cugel decides to sail his way back to Almery instead of taking the overland route he’d previously traveled. Meanwhile, Mumber Sull, Thane of Icthyll, is cast out when his town is suddenly overtaken by a foreign power. Sull sets out to request relief from the great wizard Simbilis, who has long since vanished from the region, but is still considered Sull’s liege and the ruler of Icthyll’s environs. Upon setting sail, Sull finds Cugel, adrift, dehydrated, and starving. Cugel, unable to prevail upon the dispossessed Thane to help him sail home, is instead convinced by Sull to join him to find the sorcerer and gain his aid.

While not a collection of previously published stories like The Eyes of the Overworld, Shea’s book is also a picaresque tale, comprised of episodes of Cugel dashing from pot to frying pan to fire. This time around, the societies aren’t nearly as oddball, but the monsters and landscapes are far more weird and unpleasant. While clearly striving to imitate Vance, Shea’s own considerable gifts, ones that would flower into wonderfully dark blossoms in his own Nifft the Lean (1982), create a different sort of story for Cugel.

For all its cynicism, betrayals, and terrors, there is a strong quality of opérabouffe in The Eyes of the Overworld, with Vance’s deployment of satire and farce. Everyone’s speech is arch and filigreed and there’s a considerable degree of winking knowingness across the book, which is a distinct part of The Eyes of the Overworld’s appeal. Vance’s humor comes largely in the nefarious maneuvers of Cugel and his opponents to outwit and bamboozle each other. While the first part of A Quest for Simbilis follows that path, as the book proceeds, what comedy remains is derived more from the unending and increasingly outrageous nature of Cugel’s and Sull’s predicaments.

A Quest for Simbilis is a darker book than The Eyes of the Overworld. Each step of the hunt for Simbilis brings the duo closer and closer to the hellish Subworld. The Dying Earth of Jack Vance is a dangerous place, but even in the dim light cast by the red sun, it feels bright and vivid. In Shea’s hands it reeks of corruption and filth; a world not just fading as the sun dies, but one rotting and decaying. In the monstrous cannibals growing and regrowing their dinner’s limbs, the obese and almost sessile ruling elite in one city, and the ghouls and demons of the Subworld, there is a progressively disturbing element of body horror in A Quest for Simbilis, something that Shea explores and exploits more grotesquely in some of his later works.

Another significant difference is the nature of Cugel. In The Eyes of the Overworld, he is a solo traveler, in spirit if not always in fact. He readily misleads and robs anyone and everyone. Not so in A Quest for Simbilis. Oh, he’s still an untrustworthy fellow, always on the lookout for a profit, but he seems much more halfhearted about it. He’s a kinder, gentler fellow. More often than not, his thieving and deceptive talents are set to protecting his traveling companions as much as himself.

Nothing I’ve written should be construed as suggesting anything other than great affection for A Quest for Simiblis. Despite featuring a different sort of Cugel the Clever, it is a terrifically told tale, full of extravagantly grotesque characters and landscapes. Shea’s style isn’t as baroque as Vance’s, but it comes nearer than almost any other writer’s. Finally, in these days of titanically-proportioned novels, not enough can be said for the joy of a book that can take you to Hell and back in a mere 159 pages. 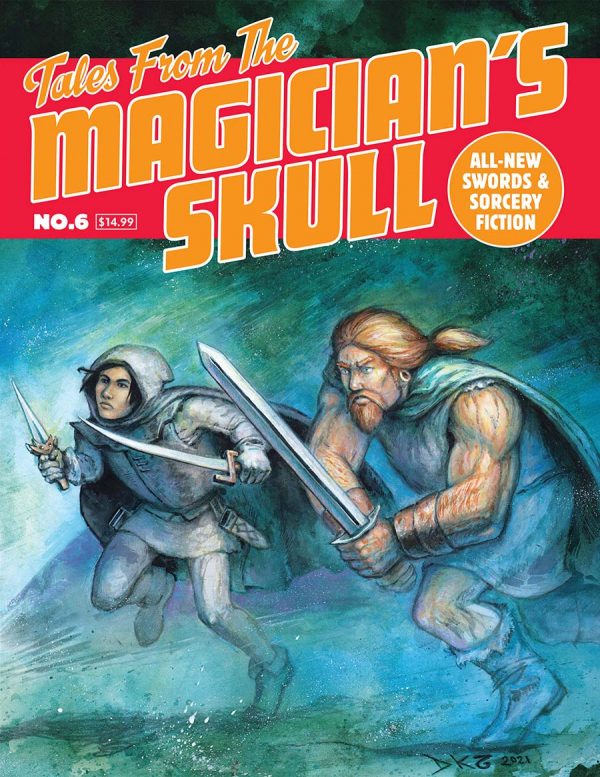