Dice & drugs and rock ‘n’ roll! Live “the lifestyle,” achieve immortality through fame and die from an overdose

ROCK GOD DEATH-FUGUE is a DCC -compatible one-shot that lets players roleplay as members of a band kicking off its first world tour. The band is wrestling with the strain of a huge tour, members’ inner demons and the struggle to produce genuine artistry during arena-sized, over-produced concerts. Each member has his own way to ignite creativity – including dangerous vices – but strangely they all share one current influence: Writhe Through Shadow, the purportedly cursed album by alt-rock megaband Atramentous.

Module encounters alternate between mishaps on the road that threaten to derail the tour and concerts where band mates fight “musical,” PvP spell duels that determine how history will remember each Rock God – whether they go out in a blaze of glory or become sad self-parodies like Elvis, Axl, and Ozzy during The Osbournes era. ROCK GOD DEATH–FUGUE is the second Steve Bean Games offering inspired by James MacGeorge’s BLACK SUN DEATH CRAWL. Where BLACK SUN DEATH CRAWL explores themes of hopelessness and the loss of humanity ROCK GOD DEATH-FUGUE explores artistry, hubris and the cost of “immortality-through-popular-media.” ROCK GOD DEATH-FUGUE is an image-rich, 40-page product presented as the liner notes of the fictitious Writhe Through Shadow album.

Check out the Community Publisher Profile on Steve Bean Games! 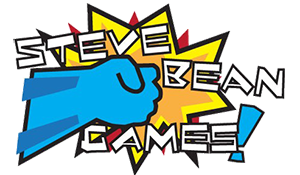