Reliquary of the Ancient Ones Tournament

Reliquary of the Ancient Ones was a funnel tournament to introduce new players to Mutant Crawl Classics RPG, and was conducted by Jim Wampler. The tournament judging was based on getting a level-0 character through as many combats as possible.
The winners:
1st Place — Conner Skach
2nd place — Jesse Pitman
3rd Place —  Haley Skach 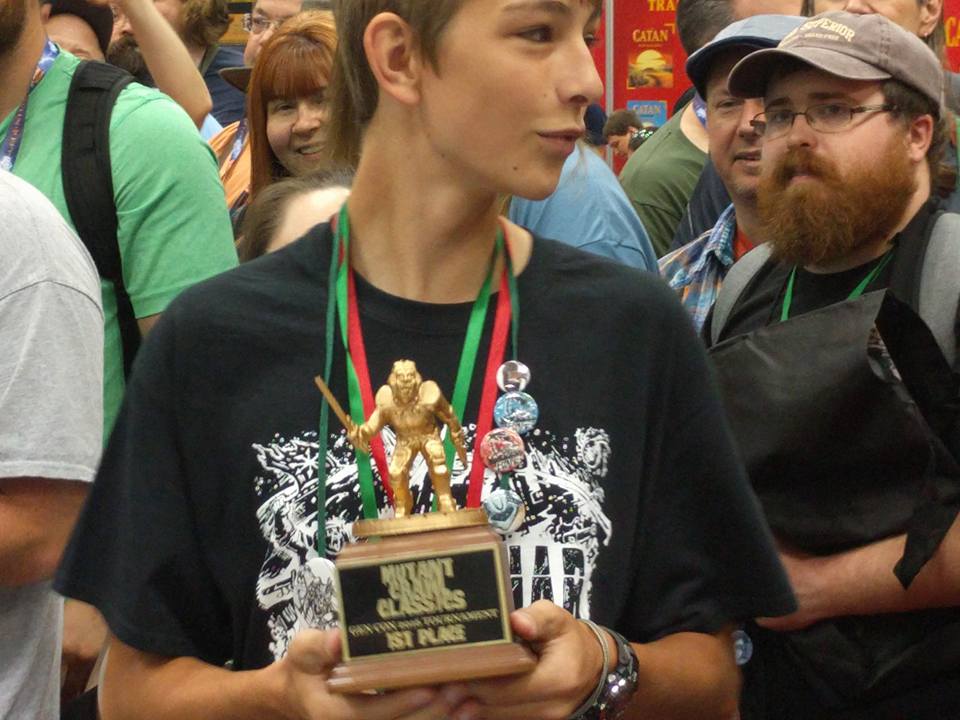 Connor Skach won 1st place in the Mutant Crawl Classics tournament, so make sure he’s on your apocalypse survival team. 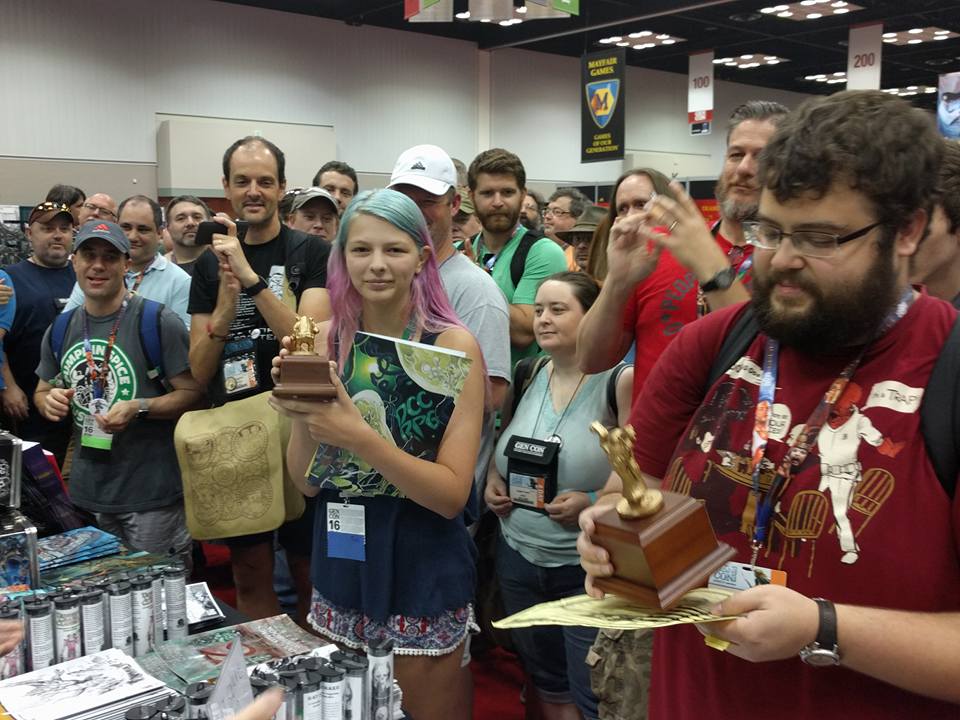 Haley Skach and Jesse Pittman were tied for 2nd place in the MCC tournament, and had an exciting dice-off tie-breaker! Luck favored Jesse, and Haley ended up with the 3rd place trophy.