The Jungle Tomb of the Mummy Bride (DCC Level 3 Playtest) 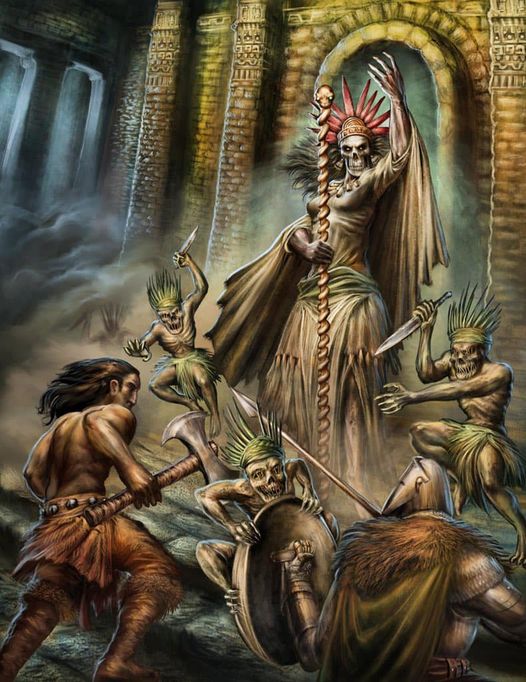 Tickets
5 tickets available at $0 per ticket.

Cart
No tickets in your cart.

Tales of the cursed pyramid and the sleeping tomb of the Mummy Bride have long been a traveler’s tale, passed along by wayward explorers and greedy plunderers alike. Deep within the verdant jungles of the south, amidst a Green Hell of impenetrable jungle, savage cannibals and ancient myth, lies the shattered remnants of a once-powerful civilization and the terrible gods who ruled over them. Rumors swirl of untold riches and un-plundered magic for those brave (or foolish!) enough to claim it. Will your players survive… and what will be left of them?

The Jungle Tomb of the Mummy Bride is a playtest for the Dungeon Crawl Classics rules. The module by Planet X Games is an old school, grindhouse-style combination of classic role playing adventure and devilishly-designed dungeons for level 3 characters, cram-packed with b-movie goodness to challenge even the most seasoned of adventurers. It’s a module that could only have been made in the primitive jungles of man… where life is cheap!