The Accursed Heart of the World-Ender Level 0 Funnel 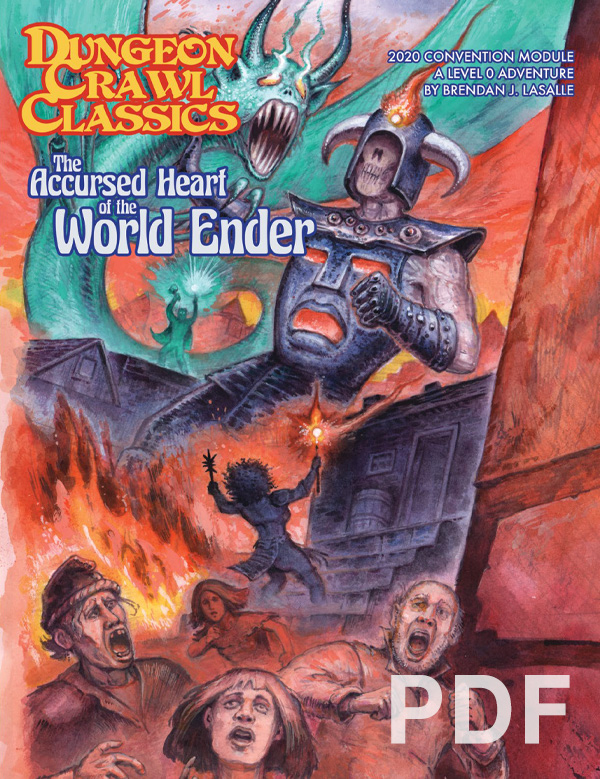 There is more to this motley group of pilgrims than meets the eye. It is foretold that one of them is descended from the royal bloodline, and is thus the legitimate king of a war-torn nation desperate for leadership. They who can draw forth the Seven-Tree Spear shall be named king, but are forces more sinister than any earthly imagined at play? The Accursed Heart of the World Ender is a zero-level funnel that pits the players against a threat against the universe itself.

Newish Judge, loving DCC. This will be the 5th funnel I have ran. First time running this one. Looks fun! Come join!