SoCC – The Black Heart of Thakulon Unofficial Tournament Round 1 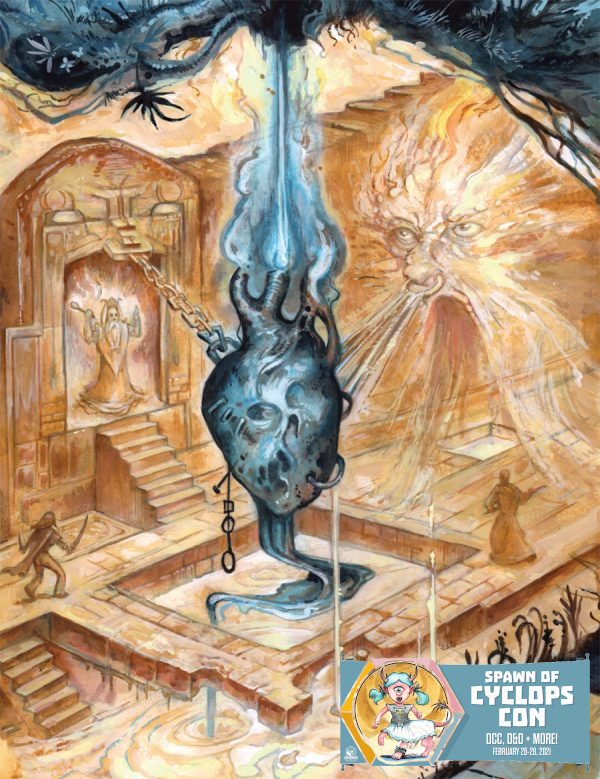 Local Gongfarmers 333 Presents: The Black Heart of Thakulon, a game on Roll20 using Discord for voice! I’ll be running this game as if it were a real tournament and I’ll score it at the end.

Thakulon the Damned, once one of the Seven Immortal Sorcerers of Lemuria, fell to the lure of the world changing magics he was entrusted to safeguard. He was slain by the Gods of Creation and his body and soul scattered to the Nine Worlds. Thakulon’s heart was paced within a special tomb guarded by the powers of Law, Neutrality, and Chaos alike.

You have spent a great time reasearching and using whatever means necessary to find this prison. You now stand before it’s stone gate. Inside lies the key to bringing back Thakulon and all the power and knowledge he possesses.