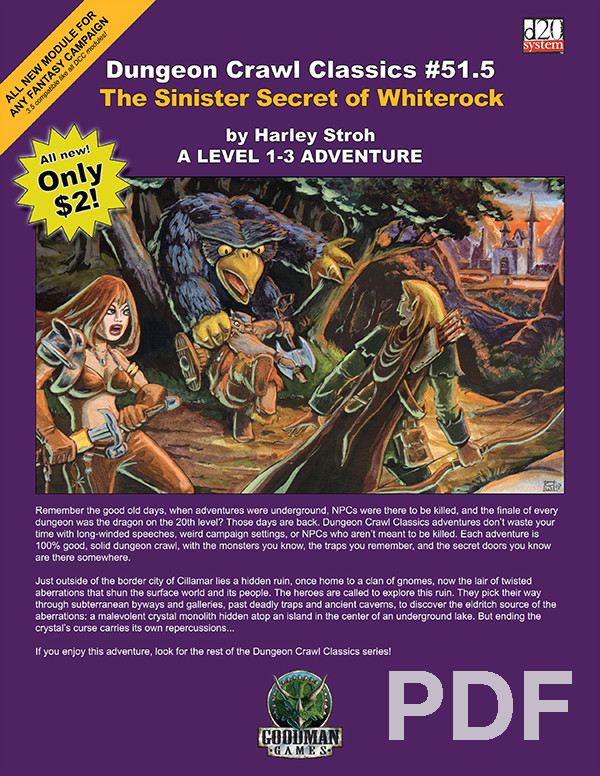 This is a one shot Legacy game on Roll20 using Discord for voice!

“Just outside of the border city of Cillamar lies a hidden ruin, once home to a clan of gnomes, now the lair of twisted aberrations that shun the surface world and its people. The heroes are called to explore this ruin. They pick their way through subterranean byways and galleries, past deadly traps and ancient caverns, to discover the eldritch source of the aberrations: a malevolent crystal monolith hidden atop an island in the center of an underground lake. But ending the crystal’s curse carries its own repercussions…”