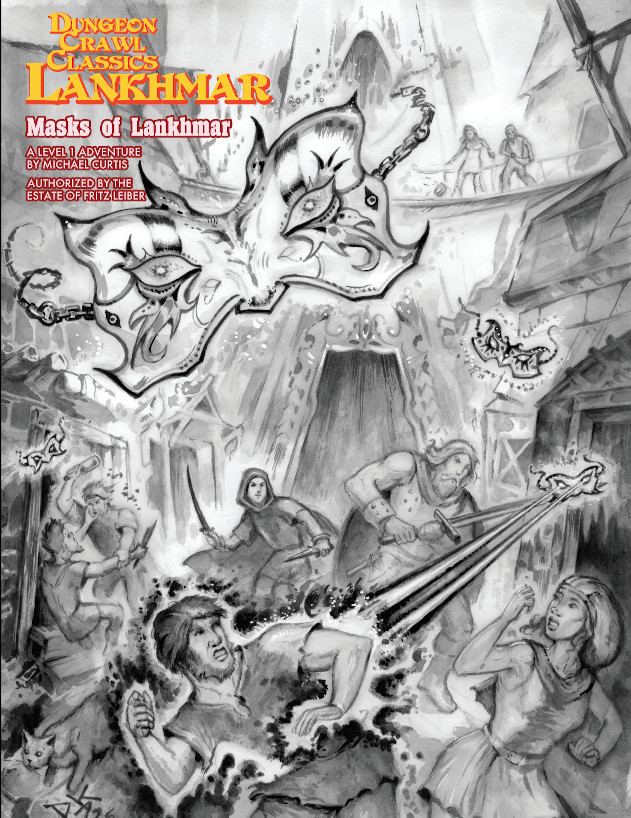 “Igrik of the East is a wealthy caravan-master dwelling in Lankhmar. A native of the Eastern Lands, Igrik has lived in Lankhmar for two decades, accruing a fortune thanks to a lucrative business of running trade caravans between Lankhmar and Horborixen. But Igrik’s status as an Easterner has deprived him of social acceptance amongst the City of the Black Toga’s noble families and he remains determined to buy his way into the city’s innermost upper class circles. To this end, Igrik has accumulated a collection of rare objects d’art and unique treasures to display in his manor. Among these riches is an odd key of gold, adorned with strangely-cut gems.

Tonight, Igrik is holding a masque at his manor to celebrate the acquiring of another treasured piece of artistry.” While the owner and attendees are distracted with this new diversion, you would reason, a group of enterprising thieves could easily slip into the manor and acquire the bejeweled key for themselves. It just so happens that you might know of one such group of cunning wealth redistribution experts.