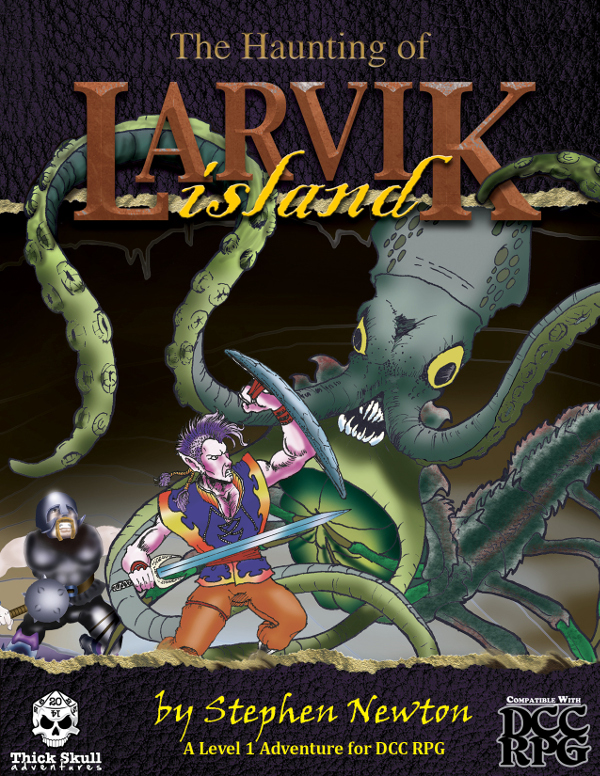 For centuries the legendary exploits of the mighty warlord Larvik have inspired storytellers and adventurers. Despite his glory, Larvik’s fortunes were lost in the war between his sons following his death. What remains of his legacy is a dangerous island bearing his name and the legend of its treasure accessible only once every 35 years.

That time is at hand! Will your party be stout enough to explore the island, defeat both natural beasts and lost souls, and decipher the mysterious markers Larvik left behind? Will you uncover the lost caverns before time runs out and the secret is hidden for another generation, or will you merely become another footnote in the history of the many who have fallen never to return chasing the legend of Larvik Island?

A Dungeon Crawl Classics Level 1 Adventure. No need to have attended previous sessions. No experience, materials, or commitment to future games necessary! Everything needed to play is provided.

Please be aware that the Brooklyn Strategist charges $10 to play.