DCC RPG PGH Presents: Jewels of the Carnifex and The Heist 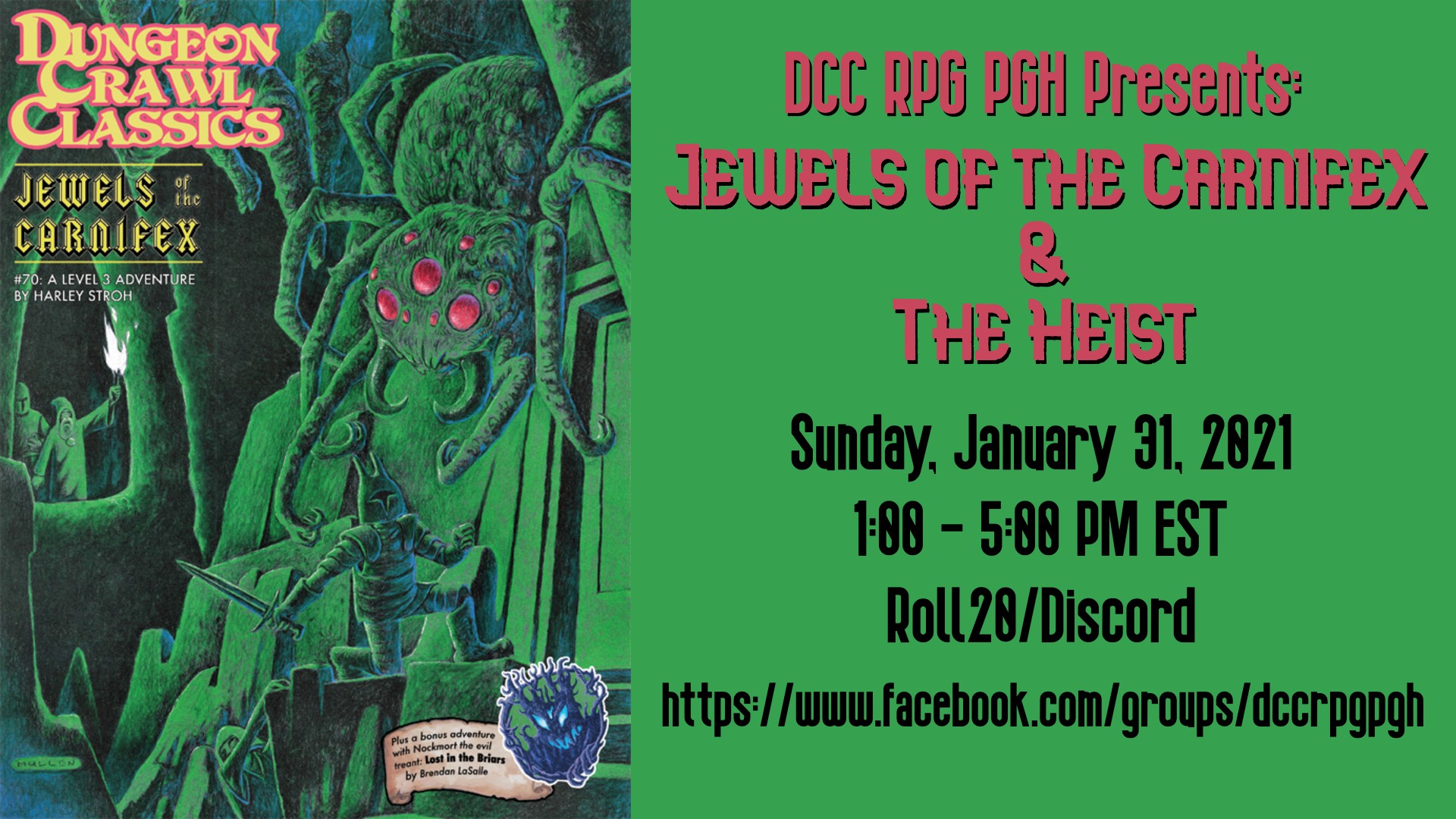 DCC RPG Pittsburgh is back for 2021! Sign-ups will continue to be handled through Google Forms and the games will be run using Roll20 and Discord.

Invites to the Roll20 and the DCC RPG Pittsburgh Discord server will be provided after you sign-up. As always, no experience is required. Rules will be taught as necessary. You just need to show up to play!

Judge Mike will be running a DCC Lankhmar adventure by Harley Stroh called The Heist. The Heist is a level 3 adventure that sends the characters to loot a legendary treasure-hold beneath the pleasure manse of Duke Oraso. But by the end of the night, the Gods of Lankhmar are involved, and things get complicated.

Judge Stefan is also running a Harley Stroh penned level 3 DCC Adventure, “Jewels of the Carnifex”. At the end of a forgotten back alley, in the weird and otherworldly marketplace of faiths known as the Bazaar of the Gods, stands the ruins of a forgotten chapel. Once the cult of the Carnifex was celebrated throughout the City of a Thousand Gates. But a band of holy warriors rose against the cult of executioners and torturers, casting down her signs and scattering her devotees to the winds. The fate of the cthonic goddess, and – more importantly – her fabled jewels remains a mystery…until this night.