DCC Lankhmar: The Tooth of No-Ombrulsk 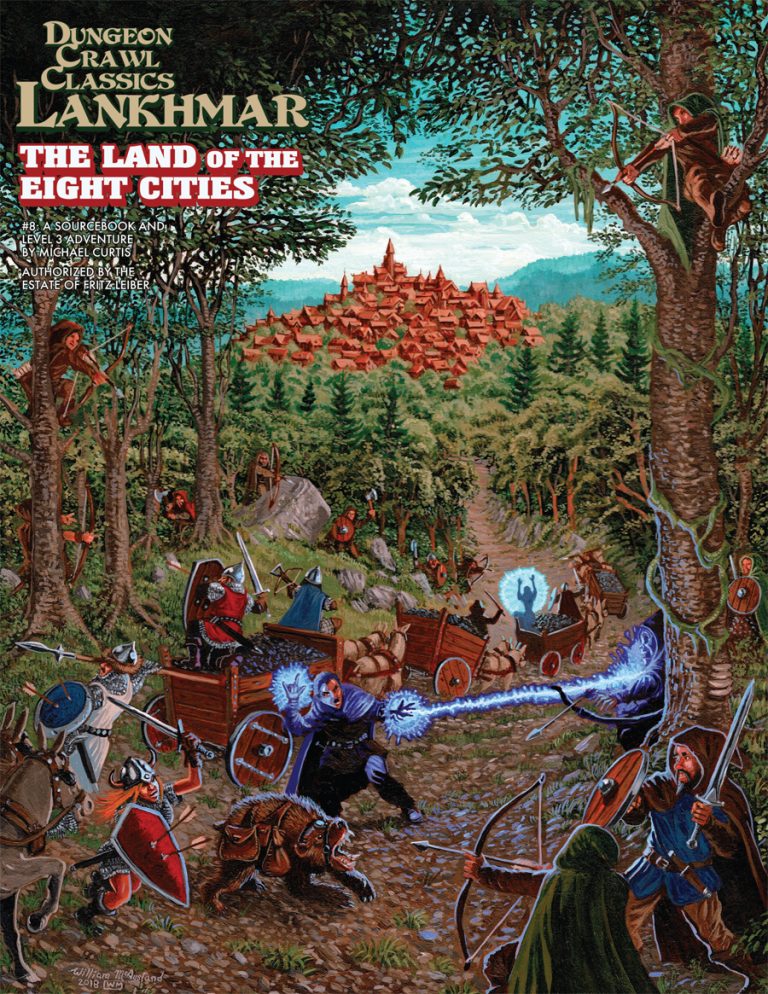 Centuries ago, not long after Lankhmar lost control of the lands north of the Inner Sea, a band of thieves heard rumors of a rich treasure in the distant city of No-Ombrulsk: a massive piece of scrimshaw carved from the tooth of a mighty sea beast. Inlaid with gold and platinum, and dusted with diamond chips, this treasure, the Tooth of No-Ombrulsk, was gifted to the priests of No-Ombrulsk as ransom for a captured warlord. The thieves schemed to claim the Tooth for their own. The thieves snatched the Tooth from the fane’s most secure vault and made off with the treasure, but not before they were discovered by the priesthood. The priests, enraged by the sacrilege, relentlessly pursued the thieves back south. The two parties clashed again and again in an ongoing series of ambushes, skirmishes, and counter-attacks, until only a single thief remained. Having made it back to the Forest Land, the thief knew that possessing the Tooth would only lead the priests to his doorstep. He therefore schemed to hide the sought-after relic until the priests abandoned their search. Using a mixture of his own funds and some long-owed favors, the thief converted an abandoned pirate watch tower from the days of Lankhmar’s dominion of Ool Hrusp into a concealed vault to hide the Tooth. Hidden behind secret doors and many traps, the thief would wait until it was safe to retrieve it. Unfortunately, the priests never faltered in their search and the thief perished before they eventually, after many decades, acknowledged the Tooth was lost forever. Before the thief’s death, he penned a message, written in code, revealing the resting place of the Tooth. If he could never enjoy its wealth, perhaps another—one canny enough to locate it—might. The code was recently discovered by a captain in Ool Hrusp’s city guard who intends to recover the lost treasure. However, a guild thief from Lankhmar overheard the captain discussing it with his men while incarcerated in Ool Hrusp’s gaol and managed to smuggle word of it back to Lankhmar. Unfortunately for the Thieves’ Guild, the message fell into the hands of the PCs—who can race north across the Inner Sea to plunder the vault before others recover the Tooth. Complicating matters, a descendant of the last priest who searched for the stolen Tooth, has received an ominous dream, perhaps sent by No-Ombrulsk, the great whale god itself. This dream revealed the site of the hidden vault and he, too, heads south to reclaim what was stolen and restore his ancestor’s good name in the priesthood. Who will be left standing when these three parties collide in the vault of the Tooth of No-Ombrulsk: the guardsmen, the priest, or the PCs?