Tonight at 10 PM EST join Joseph Goodman and the Goodman Gang on Twitch to closeout what has been a terrific con experience — and maybe win something cool in the process! This evening, just before the portcullis of the Citadel of the Cyclops slams down and Spawn of Cyclops Con officially draws to a close, join us in celebrating the convention highlights during our Closing Ceremonies. We’ve got a few surprises planned, so you won’t want to miss it. And to finish off the evening we’ll be raffling off some autographed adventures! The con might be virtual, but the raffle prizes are bookshelf-worthy print adventure modules, written and autographed by some of your favorite Goodman Games authors and artists. You must be present on Twitch during the ceremony to win though, so be sure to attend. All you need is your Spawn of Cyclops Con badge number, and a little bit of luck. Badge number? What badge number? This is a virtual con! Yes, you don’t have a physical badge, but you DO have a badge number. Here’s how you find it: To find your badge number for Spawn of Cyclops Con, visit your TableTop Events account page and click on your badge for Spawn of Cyclops Con (it’s under Conventions I’m Attending). That will take you to the page that shows your badge number! Look! It’s your badge number! So make sure you attend the Closing Ceremonies for Spawn of Cyclops Con! You never know what surprises the Spawn might be planning, or what you might win! We hope to see you TONIGHT at 10 PM EST on...

SPAWN OF CYCLOPS CON ROARS INTO THE HOME STRETCH Proving that she is indeed the apple of her father’s single, terrifyingly malefic eye, the Spawn of the Cyclops has hosted a virtual con that will be spoken of for ages yet to come. So ignore those sounds coming from the dungeon, sidestep that inexplicable pit trap (how’d that get there?), and read on for our full Sunday lineup of events! One thing to keep in mind is that our Dealer’s Hall is always open — but the Vendors themselves will only be appearing during certain hours. Most of our Dealers will be in their booths and available to chat with today from 4:00 to 6:00 PM EST, but double check the schedule to make sure you don’t miss your favorites. Now let’s look at what’s happening over on Twitch today! Twitch Schedule for Sunday, February 28 View them all at the Goodman Games Official Twitch Channel! 11:00 am EST – Running RPGs on Fantasy Grounds Join Judge Garner for Fifth Edition Fantasy #11: The Archmage’s Hideout. Garner will not only be showcasing a great Goodman Games 5th edition adventure but also the cool mechanics offered in Fantasy Grounds! 3:00 pm EST – Talking TSR In Episode 14 of Talking TSR Chris Doyle & Rick Maffei will be taking a deep dive in the legendary Tomb of Horrors as well as Goodman Games’ new deadly dungeon The Crypt of the Devil Lich. 5:00 pm EST – Order of Shan(n)a Seminar Join Judge Joan and many other women who run DCC as they discuss how they started playing and what urged them to begin game mastering! The Judges will be also be taking questions for the audience on how they can start Judging themselves! 8:00 pm EST – Slave Lords Tournament Broadcast Join Harley Stroh and Jen Brinkman for the third and final round of the DCC RPG solo tournament. Friendships will crumble and alliances will be broken as the reavers fight to escape The Slave Pits of Lost Agharta! Watch the the final round of the Spawn Con solo tournament as six warriors battle each other and ancient horrors in a desperate bid to escape the Aghartan Underworld! Will our warriors triumph, or will they become mindless puppets in service of the wicked Aghartans? Only you can decide! Join us Sunday, 8:PM EST as Judges Jen and Harley run the thrilling conclusion, LIVE,... 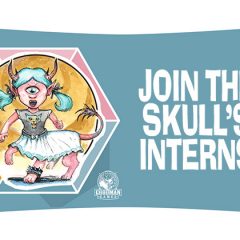 Join the Skull’s Interns for an Informal Chat this Weekend

The exalted Skull, lord of all things sword & sorcery, has sent a selection of his minions and interns to satiate the mortal desire for sword & sorcery discussion while they breathlessly await issue #6 of his magazine of superlative greatness. Join Chief Editorial Minion and interns #12, 34, and 657 to learn more about the ongoing open call for sword & sorcery fiction, tips and tricks for writing great fiction, and just a... 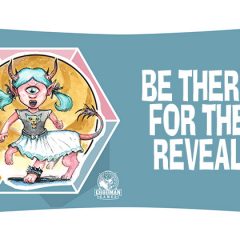 Be There for the “Reveal” at the Opening Ceremonies! 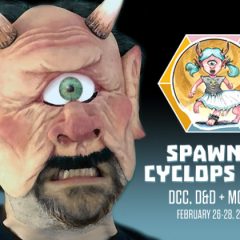 I. AM. THE CYCLOPS! Mortals take heed! This weekend my daughter—the light of my life and the calm in my soul—is holding a convention for your enjoyment! She will host games, tourneys, seminars, and has even found a means to bring you dealers of fabulous wares and artists of impeccable talent to interact with! Her magic is beyond mine, and for that you should be grateful! So join us mortals, at Spawn of Cyclops Con! My daughter will be... 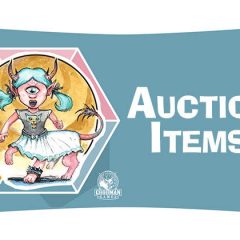 Amazing Items Up For Auction at Spawn of Cyclops Con!

The Goodman Games crew has been hard at work raiding their attic lairs and spelunking their subterranean vaults to come up with the coolest, most utterly unique, most staggeringly one-of-a-kind items for our Spawn of Cylops Con Auction! Our artists, designers, authors, staff, and contributors of all kinds have dug deep into their personal collections and found an amazing array of curiosities and special items you just won’t see... 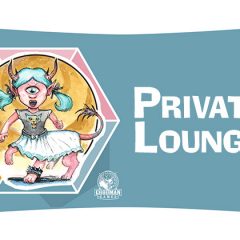 Psst. . . you heard about the VIP room, right? All Road Crew will have their own exclusive hang out during Spawn of Cyclops Con, a place to unwind, discuss secret plans, and take temporary solace from the groupies. Or maybe even do a little gaming! Wait, what? How’s this work? This is a virtual con, is it just some kind of chat room? We’re not going to spill the beans just yet on how Spawn of Cyclops Con will be an amazing... 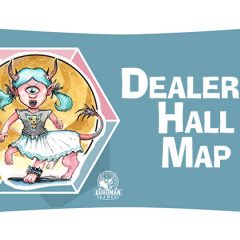 Map of the Dealers Hall at Spawn of Cyclops Con

BEHOLD! The Citadel of the Cyclops is revealed! At Spawn of Cyclops Con we are introducing an actual Dealer’s Hall to the online convention. One where you can meet with vendors and artists, chat with them in real time, and see their wares. And we aren’t talking about just scheduling time on Zoom or something, either…. We still won’t explain exactly how this works. Con attendees will find out on the eve of the... 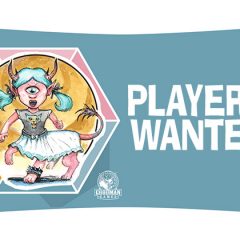 We’re only one week out from Spawn of Cyclops Con! Next weekend you’ll be able to enjoy gaming and fun for three days while experiencing some next-level online convention experiences. If you are still looking for some games to attend, it’s not too late to become part of some amazing events during the con. Here is just a sampling of events you can currently buy tickets to attend! Open Events Event #84 – Pit of... 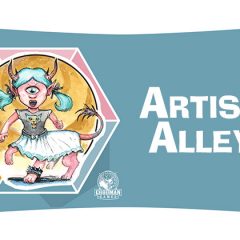 Announcing the Artists Alley for Spawn of Cyclops Con

Not too long ago we told you about the Dealer’s Hall for Spawn of Cyclops Con, and to make it even more like a traditional con, we’re also adding an Artists Alley. That’s right! You’ll be able to talk to and interact with several Goodman Games artists during the con. And we don’t mean just a seminar or two, but full-on interaction where you’ll be able to purchase original artwork, prints, and much... 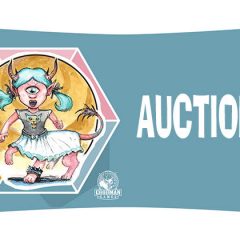 Announcing the Auction at Spawn of Cyclops Con!

The gaming, the panels, the dealers rooms — the auctions! Yes, in the tradition of the great convention auctions like Gen Con, Gary Con, and North Texas RPG Con, Spawn of Cyclops Con will feature a virtual auction house where attendees can bid on deals and steals just like their realspace equivalents. Spawn of Cyclops Con’s auctions will be conducted on our Twitch Channel. It’s pretty simple — any viewer will... 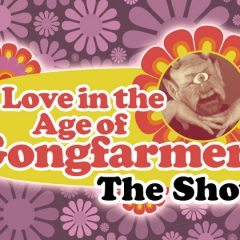 Love in the Age of Gongfarmers Airs TONIGHT!

Love in the Age of Gongfarmers Airs Tonight! All the love will finally pay off tonight: Saturday, February 13th at 7:00 pm EST, so come join Judge Stephen and Judge Laura as they explore the concept of love and how it can factor into your own campaign during Love in the Age of Gongfarmers: The Show airing on The Official Goodman Games Twitch Channel. From the mechanics of love in a game to the most eligible bachelors and bachelorettes...

Love in the Age of Gongfarmers: The Show Airs This Sunday! 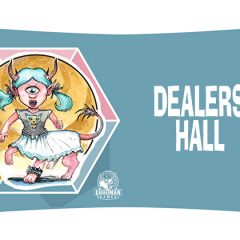 Announcing the Dealers Hall Roster for Spawn of Cyclops Con

Just because Spawn of Cyclops Con is a virtual experience, that doesn’t mean it won’t have all those healthy ingredients that make up a proper convention — the panels, the gaming, and yes, even the Dealers Hall! That means great con specials, unique deals, and opportunities to interact with publishers and developers. How is this possible? Forbidden ancient knowledge? Secret Alien Tech? Let’s just say...