Our Adventures in Fiction series is meant to take a look at the writers and creators behind the genre(s) that helped to forge not only our favorite hobby but our lives. We invite you to explore the entirety of the series on our Adventures In Fiction home page. In the now-famed Appendix N, Gary Gygax lists roughly thirty authors whose works inspired the creation of Dungeons & Dragons. Many luminaries from the fields of both pulp sword & sorcery and horror fiction, as well as some then-current authors, fill that list. However, as with any catalogue of inspirational sources, Appendix N is merely representative of what the cataloguer was immediately aware of. Each of the names appearing in Appendix N were in turn inspired by other authors, who were influenced by yet older writers. This long chain stretches far back into antiquity, terminating somewhere in the past when humanity still huddled around the fire and told stories of monsters lurking beyond the firelight. The purpose of this series is to further excavate the Appendix N list, removing a layer or two to examine the writers who inspired Gygax’s picks. This exercise will hopefully not only give us greater insight into the central and nearly universal themes that thread their way through the “weird fiction” genre (the original name for works of fantasy and science fiction), but also expand the field with new authors aspiring judges and other game masters can draw upon for ideas or simple reading enjoyment. Appendix N Archaeology: Harold Lamb By Howard Andrew Jones Much as I’d like to hope that Gary Gygax read Harold Lamb, he’s unlikely to have found his way to any of Lamb’s most influential work. It’s not that Lamb wasn’t in print. From the 1940s on, his histories and biographies were a mainstay on library shelves, and many modern libraries retain his books to this day. But as fine as they are – and some of them are very fine indeed – Lamb’s histories and biographies weren’t the texts that were important to Appendix N. Those are his earlier fiction works, crafted for the pulp magazine Adventure (one of the finest and most respected of the pulp magazines). Unfortunately most of those tales were out of print for eighty or ninety years. In the early decades of the last century, the pulps were an...

Our Adventures in Fiction series is meant to take a look at the writers and creators behind the genre(s) that helped to forge not only our favorite hobby but our lives. We invite you to explore the entirety of the series on our Adventures In Fiction home page. Happy Birthday ERB! A Personal Tale of Turning a Red Planet Purple By Terry Olson September 1 is the birthday of Edgar Rice Burroughs, affectionately called “ERB.” Although he’s best known for his Barsoom/Mars, Tarzan, Pellucidar, and Venus series, he wrote many other works, including historical novels and westerns. It’s beyond the scope of this article to reveal just how influential ERB has been to science fiction, fantasy, gaming, and all the sub-genres therein. A brief survey of the DCC RPG repertoire reveals numerous applications of his ideas. Even the core rulebook for DCC RPG has stats for four-armed white ape-men, a nod to Barsoom’s white apes. The debt we owe him is immeasurable! For an excellent overview of the Barsoom/Mars series, please read James Maliszewski’s Why You Should Read the Barsoom Novels. It’s interesting that ERB didn’t initially anticipate his eventual popularity. Allegedly fearing for his reputation, his first Mars story was published under the pseudonym “Normal Bean,” which the typesetter erroneously changed to “Norman Bean.” Encouraged by readers’ enthusiasm, he dropped the alias after his first novel. Edgar Rice Burroughs’ writing is so evocative that mental images of his creatures and settings persist, and are recognizable in artists’ renditions. No matter who is drawing, we identify them. This is especially true for the green warrior race of Barsoom, even though some artists stray slightly from their description. When John Carter first encounters Tars Tarkas and his Tharks (in A Princess of Mars), he says, “Their eyes were set at the extreme sides of their heads a trifle above the center and protruded in such a manner that they could be directed either forward or back and also independently of each other, thus permitting this queer animal to look in any direction, or in two directions at once, without the necessity of turning the head.” From this description, one might imagine eyes like a chameleon’s. Nonetheless, some artists remove this feature, placing the eyes at the front of the skull, like a human’s. Regardless, there is no doubt that we’re looking at ERB’s... 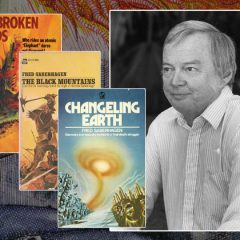 Adventures in Fiction: Fred Saberhagen By Jim Wampler Our Adventures in Fiction series is meant to take a look at the writers and creators behind the genre(s) that helped to forge not only our favorite hobby but our lives. We invite you to explore the entirety of the series on our Adventures In Fiction home page. May 18 is the anniversary of the birth of Fred Saberhagen, a key contributor to Appendix N. Goodman Games... 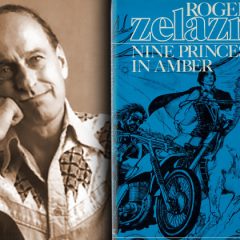 Adventures in Fiction: Roger Zelazny and the Chronicles of Amber By Steve Bean Our Adventures in Fiction series is meant to take a look at the writers and creators behind the genre(s) that helped to forge not only our favorite hobby, but our lives. We invite you to explore the entirety of the series on our Adventures In Fiction home page. The idea of space gods seems somewhat commonplace today, but Roger Zelazny is the reason... 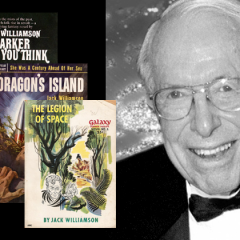 Adventures in Fiction: Jack Williamson By Ngo Vinh-Hoi In the storied list of Appendix N authors, there is one name that encapsulates nearly the entire course of modern American science fiction and fantasy: Jack Williamson. John Stewart Williamson was born on April 29th, 1908 in an adobe hut in what was then still the Arizona Territory. Seeking to better themselves, the Williamson family travelled by horse-drawn covered wagon to New... 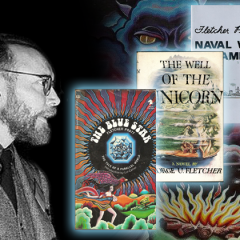 Adventures in Fiction: Fletcher Pratt By Jeff Goad The Appendix N is a list of prolific authors of science fiction and fantasy. But Fletcher Pratt is not one of them, at least not in comparison to most of the authors on the list. He primarily wrote historical nonfiction about the Civil War, Napoleon, naval history, rockets, and World War II. So why is Fletcher Pratt listed in the Appendix N and why does he have the coveted “et al”... 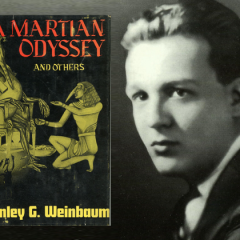 Adventures in Fiction: Stanley G. Weinbaum By Ngo Vinh-Hoi Not many authors can be credited with changing the entire trajectory of a genre, yet Stanley Grauman Weinbaum managed to do so with his very first published science fiction story A Martian Odyssey. The story first appeared in the July 1934 issue of the science fiction pulp magazine Wonder Stories, which was a distant third in popularity to Astounding Stories and Amazing... 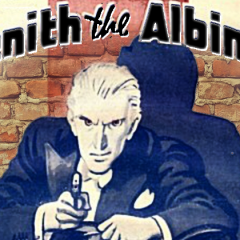 Adventures in Fiction: Zenith the Albino

Appendix N Archaeology: Zenith the Albino by Terry Olson “To this day I advise people who want to write fantastic fiction for a living to stop reading generic fantasy and to go back to the roots of the genre as deeply as possible, the way anyone might who takes his craft seriously. One avoids becoming a Tolkien clone precisely by returning to the same roots that inspired The Lord of the Rings.”           –... 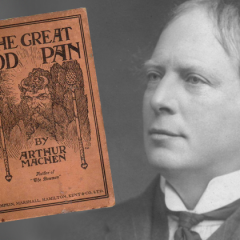 Appendix N. Archaeology: Arthur Machen By Bradley K. McDevitt This article is part of a series where I shine the spotlight on some authors that inspired the writers we acknowledge today as influencing the creation of Dungeons and Dragons. For those unfamiliar with his fiction, the late Victorian era Welsh author Arthur Machen was admired by contemporaries like Sir Arthur Conan Doyle and William Butler Yeats. Further relevant for this... 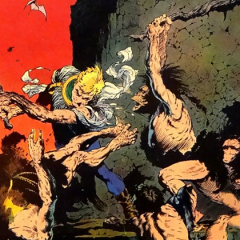 Ghosts, Ghouls and Little Green Men: E.C. Comic and Appendix N By Mark Bishop “Drag over a casket kiddies and place your palpitating body upon it… being careful not to jar it, otherwise its unfortunate occupant might GO TO PIECES! If you have time to KILL, let’s have a chat…” Thus begins the Crypt-Keeper’s Corner, the letters page in the June-July 1950 edition of E.C. Comics Crypt of Terror. You could be forgiven if you mistook that... 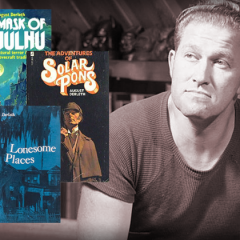 Adventures in Fiction: Arkham House, Ithaqua, and In-Jokes: The Influence of August Derleth By Bradley K. McDevitt Our Adventures in Fiction series is meant to take a look at the writers and creators behind the genre(s) that helped to forge not only our favorite hobby, but our lives. Most of you probably know the name H.P. Lovecraft, but do you know August Derleth? Bradley K. McDevitt reminds you that you have a good reason... 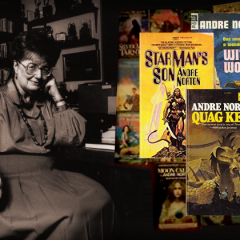 Adventures in Fiction: Andre Norton by Jim Wampler Famed fantasy and science fiction author Andre Norton was born on February 17, 1912. Join us, as we celebrate her birthday by taking a look at her works and their influences on both adventure gaming and genre fiction. Born as Alice Mary Norton in 1912, Norton started writing while she was still in high school in Cleveland, Ohio. In fact, she completed her first novel while still... 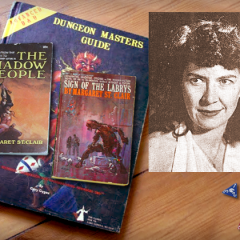 Adventures in Fiction: Margaret St. Clair by Michael Curtis Margaret St. Clair was born on February 17, 1911. Her work appears in Gary Gygax’s Appendix N, and is important for lending a crucial concept to the D&D game: the idea of dungeon levels. Here is Michael Curtis with more information on this important writer… The titles and authors appearing on the Appendix N list are varied. Some are fantasy, others science fiction, and... 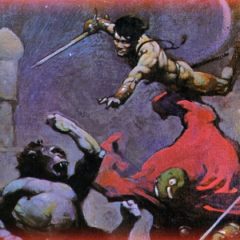 Adventures in Fiction: Barsoom February 2020 is the 108th anniversary of the first publication of Edgar Rice Burroughs’ first Mars story. His “Mars” or “Barsoom” series is arguably one of the most influential stories in the history of fantasy and science fiction. Certainly, for fans of D&D history, it should be required reading, as its protagonist not only serves as the model for the iconic Fighter character, but it also is an...