5E Fans Can Now Face the Foes of Lankhmar!

WE ARE LIVE ON INDIEGOGO!

Those aren’t just a troop of skeletons you’ve spied among the ruins — see how the firelight glows around their bones? See how swiftly they move? See them chew and swallow the flesh of the dead so that it hangs suspended within their frame? Like many of the weird foes (and friends!) encountered by Fafhrd and the Gray Mouser, the transparently fleshed ghouls of Nehwon are skewed versions of the monsters we expect from both folklore and pop culture.

From ice snakes to killer bird swarms, organized undercity rat empires to invisible mountain dwellers to things even stranger than ‘all of the above,’ the upcoming Monsters & Magic of Lankhmar adds a whole new crop of unexpected creatures and encounters to your 5e campaign.

Monsters & Magic of Lankhmar is written by Leiber aficionado Michael Curtis utilizing a depth of research never before seen on a Lankhmar project. An online search turns up a bevy of gaming books set in and around Lankhmar, so you might be wondering what makes Monsters & Magic of Lankhmar any different? The answer is a never-before-seen level of scholarship. Thanks to the generosity of backers who supported a previous Lankhmar project, lead designer Michael Curtis was able to take a week-long trip to the University of Houston to access the Fritz Leiber Papers collection. Much of what he uncovered there had never been seen by anyone working the RPG business. Goodman Games is the first to bring some of this unearthed material straight to the gaming table. Results from this trip demonstrate the level of research and attention to detail you’ll find in Monsters & Magic of Lankhmar.

Here’s a quote from Michael about working on this project:

Monsters and Magic of Lankhmar is the latest incarnation of Fafhrd and the Gray Mouser appearing in most recent edition of the world’s first fantasy RPG. I took great inspiration from my early exposure to the Nehwon setting in Deities & Demigods nearly 40 years earlier while working on Monsters and Magic of Lankhmar. As I wrote it, I could almost feel Leiber’s shadow falling upon me, urging me to bring his wonderful creations to life again and introduce them to a new generation of gamers who might not know of them. It was a distinct honor to do so and I’m proud of what you’ll find in the book. And while people enjoying Monsters and Magic of Lankhmar will be enough of a reward in itself, what I truly hope is that someone will pick this book up and experience the same sense of wonder I felt when I first encountered Fafhrd and the Gray Mouser in Deities & Demigods. If all goes well, they’ll be inspired to track down and read the stories for themselves. In this day and age, that quest will be far less difficult than it was in 1988, but the rewards for succeeding in it are in no way reduced.

What’s in the book?

The following Nehwonian Nasties can be found herein:

The following Nehwonian Enchantments can be found herein:

The Following Arcane Wonders of Nehwon can be found herein:

The campaign is LIVE! Head on over to Indiegogo and support our latest book for your 5E Lankhmar adventures! 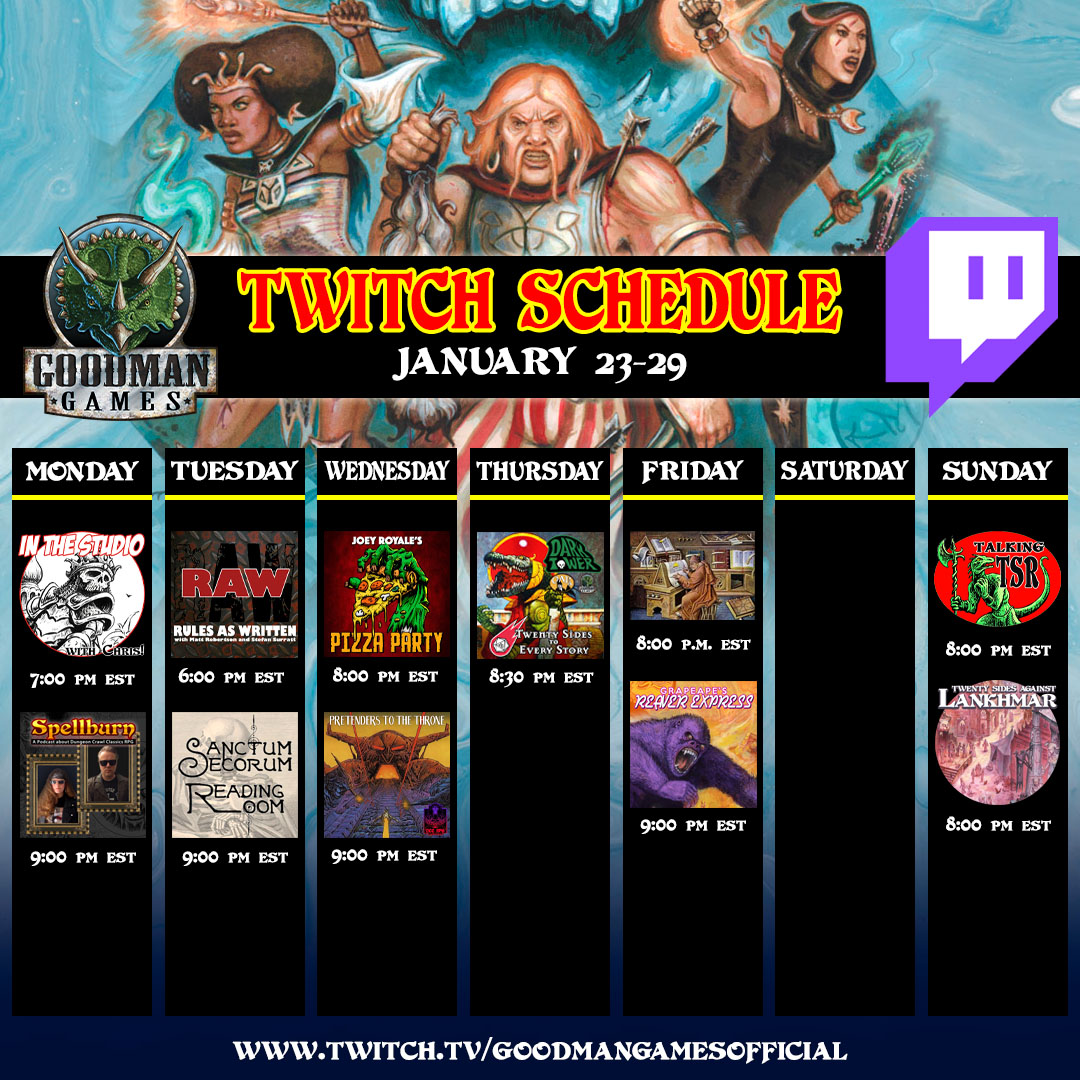